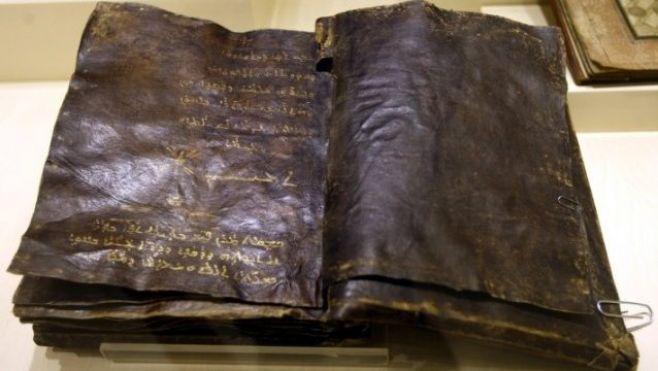 The Museum of  Ethnography in Ankara, Turkey houses many historical and extremely valuable treasures, but among them there is a “secret bible” that is more valuable than any others. Located at this museum are 1500 year old leather bound texts suggested to be an authentic version of the Gospel of Barnabas which depicts the life of Jesus Christ, by Barnabas who calls himself to be one of the twelve disciples of Jesus. There are two known manuscripts that existed, written in Spanish and Italian language, the Spanish manuscript is lost with texts surviving in a partial eighteenth century transcript.

The Gospel of Barnabas conforms to the Islamic interpretation of Christian origins and contradicts the new Testament teachings of Christianity, making it a very very controversial religious piece. Among other things, texts written suggest that Jesus Christ ascended to heaven alive and was not crucified, that Judas Iscariot was crucified in his place, the book also denies Jesus’ deity and that Apostle Paul was “the impostor”. This particular “secret” bible appears to have caused unrest in the Vatican.

The Gospel of Barnabas states the following regarding Jesus’ deity:

“I confess before heaven, and call to witness everything that dwells upon the earth, that I am a stranger to all that men have said of me, to wit, that I am more than man. For I am a man, born of a woman, subject to the judgment of God; that live here like as other men, subject to the common miseries.” -Gospel of Barnabas, 94:1.

Scholars have studied the book and according to them and religious authorities in Tehrma, this highly “expensive” piece of history is original. The Gospel of Barnabas is estimated to be worth over 25 million dollars.

During the council of Nicea, it is believed that the catholic church picked the gospels to appear in the Bible, omitting purposely the Gospel of Barnabas, but there were others that were also excluded all of this in favor of the four canonical gospels of Matthew, Mark, Luke and John.

Several biblical texts have been recovered lately and all of them help researchers and historians put the pieces together forming a better picture of what actually happened in the past.

There are several things that appear differently in the New Testament and in the Gospel of Barnabas. One of the more controversial parts is the one regarding the crucifixion of Jesus. 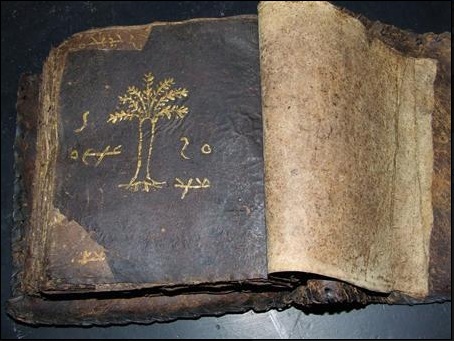 The Gospel of Barnabas suggest that it was Judas Iscariot who died crucified instead of Jesus while the New Testaments Jesus died, betrayed by Judas. This is one of the foundations of Christianity as the entire Christian belief is based on the death of Jesus, the savior of our sins and his resurrection is the hope for eternal life. So which one is true? The two texts provide completely different point of views and it basically depends on your belief towards which one you incline more.

In the Gospel of Barnabas, Jesus is depicted as denying his deity but on the other hand apostle John writes of Jesus as being the son of God the almighty, creator of the world:

The Vatican appears to bee very interested in the Gospel of Barnabas; Vatican authorities have already begun their process of researching, with the firs step being to obtain permission from Turkish authorities to physically examine the texts hoping to gain more insight towards the accounts.

It is important to mention that the Gospel of Barnabas is not to be confused with the Acts of Barnabas, which is a fifth century apocryphal work directed to the church of Cyprus.

The Epistle of Barnabas; a apocryphal writing speaks of Jesus as the crucified lord and the One who resurrected, believed to have been written by Barnabas somewhere between 70 A.D. and 90 A.d., which is somewhat confusing since Barnabas writes about Jesus the Lord in the first century Epistle of Barnabas but speaks of Him as a prophet in the Gospel of Barnabas, two contradictory claims. The epistle of Barnabas is accepted among historians as authentic agreeing with the New Testament.