Divers exploring the 2,000-Year-Old Antikythera Shipwreck have discovered a strange torpedo-like object among the shipwreck off the Greek Islands.

It is believed that the massive ship carrying countless ancient artifacts sank in the Aegean Sea in approximately 65 BC.

To date over 50 fascinating artifacts have been recovered by divers from the ancient shipwreck that rests on the ocean floor. Among the artifacts discovered to date, the most notary is the Antikythera Mechanism, which has been found to be an observer’s guide to the galaxy. 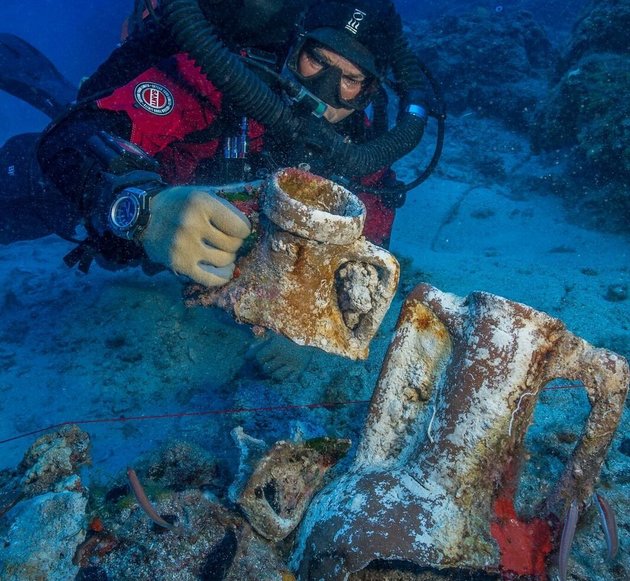 “Every new dive on the Antikythera shipwreck delivers gifts from the ancient past. The wreck offers touchstones to the full range of the human experience: from religion, music, and art, to travel, trade and even warfare,” said Brendan Foley, an archaeologist from the Woods Hole Oceanographic Institution.

Now, researchers have discovered another set of strange objects including a bone or ivory flute, delicate glassware fragments, ceramics jugs, parts of the ship and a bronze armrest from what was believed to be a throne.

The most enigmatic object, however, is the strange ancient torpedo-shaped cylinder. According to experts, the object is extremely heavy and will offer new insights into maritime warfare thousands of years ago.

Researchers are still unsure as to what the exact purpose of the strange object was.

The torpedo-like object was made of lead and as a hole drilled through it. To find out more about the strange object, Brendan Foley, an archaeologist researched ancient writings by Greek historian Thucydides (460-395 BC).

According to ancient texts „the biggest ships in antiquity had these defensive armaments known as dolphins,” Foley says. 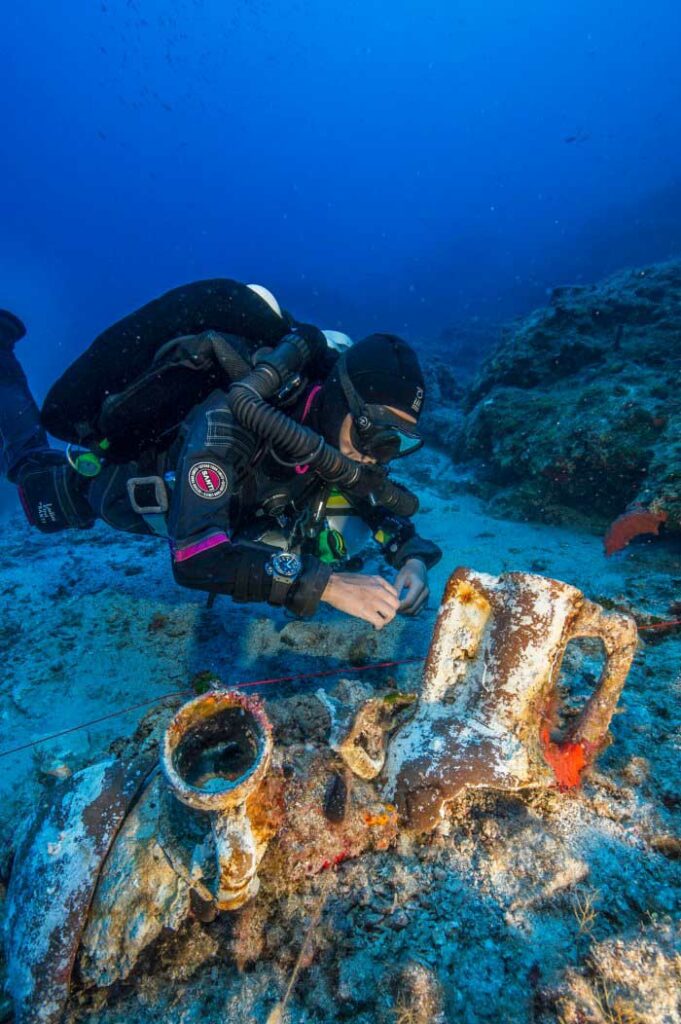 Researchers today believe that when an enemy shipped pulled alongside to board, ancient sailors would hoist the so-called dolphin up their own yardarm, then drop it on the enemy ship creating havoc.

“It would have been truly a wrecking ball,” Foley says, “and it”s the only one in existence if that”s what it is.”

“Of the 40 or 50 shipwrecks all around the Mediterranean, “there’s nothing like the Antikythera,” Foley added.

According to experts, the ship cargo ship was massive, — about 180 feet long with hull timbers 5 inches thick.

Experts say that that the ship carrying the Antikythera Mechanism and hundreds of other objects was as thick as those of ships built centuries later, during the American Revolution. According to an analysis performed by Foley and his team, the vessel was most likely built somewhere in Greece.