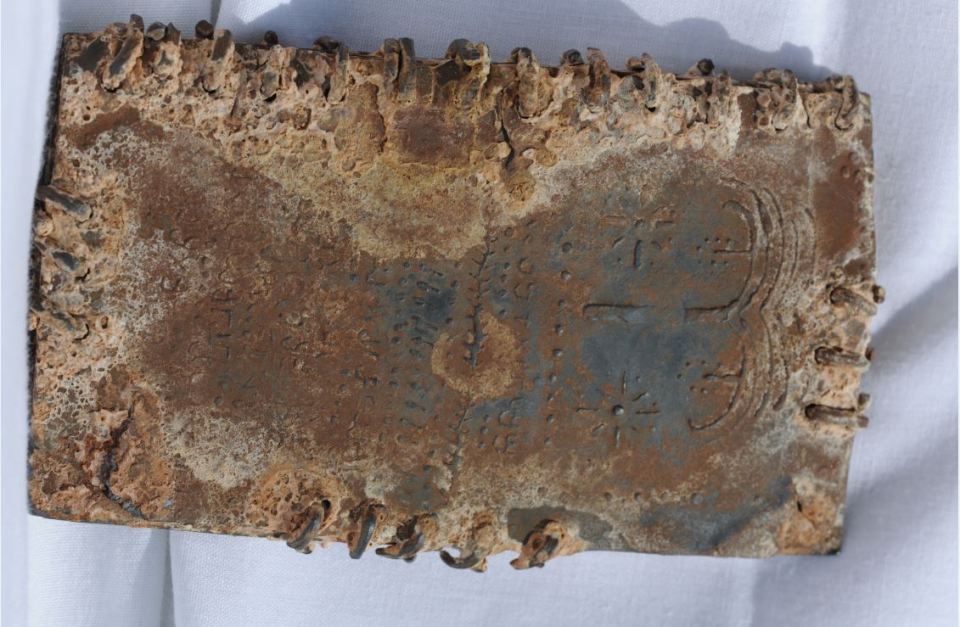 Researchers from the University of Surrey in the United Kingdom, Roger Webb, and Chris Jeynes have just confirmed the authenticity of documents dating back more than 2,000 years, where Jesus and his disciples are mentioned. The ancient codices claim that Jesus did not create a new religion but RESTORED ancient tradition from the time of King David.

According to experts, the books –aka codices— suggest Christ was part of a Hebrew sect dating back 1,000 years to King David, who worshiped in the Temple of Solomon and believed in a male-female God.

What came to many as a surprise is that these ancient texts, which are believed to date back over 2,000 years could revolutionize our views on Christianity.

Tests performed by scholars proved the authenticity of the ancient texts joined by rings made of metal which are now considered as a revolutionizing discovery that could change the history of Christianity.

According to reports, evidence suggests that the codices date back to the 1st or 2nd century AD.

Prof. Roger Webb, and Senior Liaison Fellow, Prof. Chris Jeynes, have reported that the codex did not demonstrate the radioactivity arising from atmospheric polonium that is typical of modern lead samples, indicating that the lead of the codex was smelted over a century ago, and is not a product of modern-day manufacturing.

Tests also confirmed that the language of the codices is Paleo-Hebrew. The codices are covered in eight-pointed stars, symbolic of the coming of the Messiah.

In the codices, which were carefully translated by specialists, it is explained that Jesus Christ was not trying to create a new religion, but RESTORED old traditions of the time of King David. It also clarifies that the god worshiped by Christ and his followers was both male and female.

The book was found in a cave in the West Bank in 2006, but its finding was not public until 2011. Researchers described the discovery as one of the oldest proofs of the historical existence of Jesus. However, contrary to what we have been told, this discovery offers an entirely revolutionary insight into the life of Jesus.

Currently, the ancient texts are located in the Antiquities Department of Amman, the capital of Jordan. Given their importance, archaeologists responsible for their analysis are demanding that local authorities redouble their protection measures to ensure their safety.