2,000-year-old lost sunken city found of the coast of Africa

While flying above the coast of Tanzania in a helicopter, a scuba diver spotted an unusual formation in the water; Now it turns out that those mysterious formations are a 2,000-year-old lost sunken city. 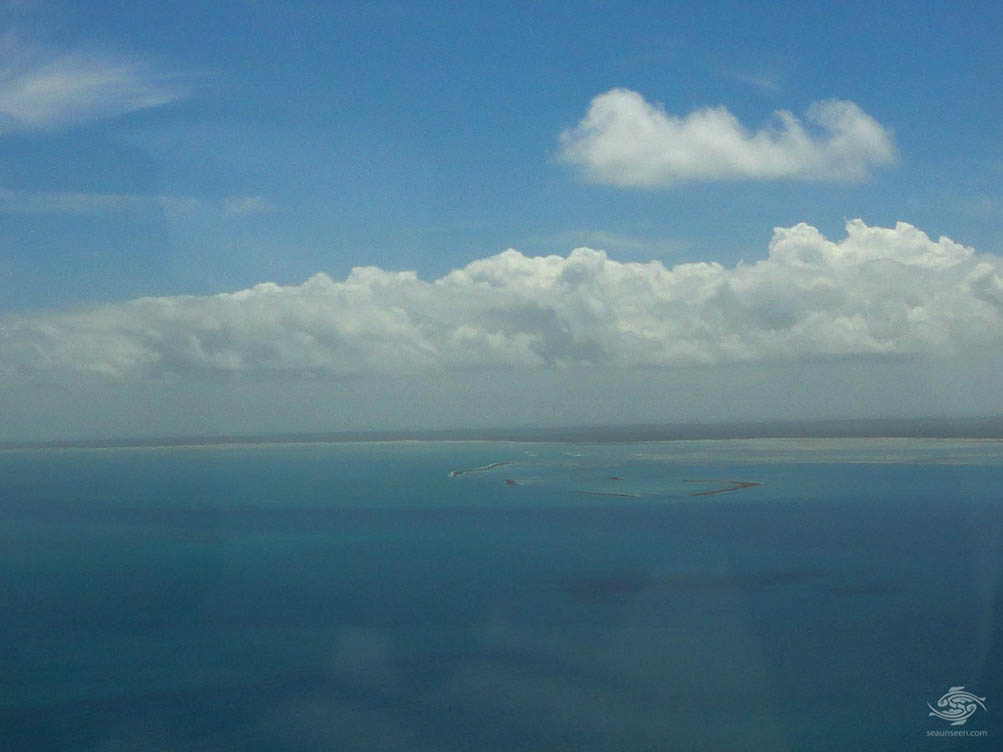 While flying a helicopter off the coast of Tanzania, a low tide created the ideal conditions for a scuba diver to spot strange formations in the water. Now, archaeologists believe they have discovered an ancient lost sunken city, known in the past as Rhapta, which thrived some 2,000 years ago.

The ancient city of Rhapta is believed to be one of the first metropolises of the African continent and a very important trading center for tortoiseshell and metal weapons.

However, the history of Rhapta declined since the ancient city disappeared over 1,600 years ago.

Modern day scholars have still not identified its original location, but there are a number of possible candidate sites off the coast of Tanzania.

But the scuba diver which spotted the unusual formation while flying above the coast might have come across the ancient city thanks to low tides which revealed huge structures located under water.

‘The formation was quite far in the distance, and I took a photograph and then blew it up,’ said Alan Sutton, a scuba-diver.

‘After several unsuccessful attempts to find the formations due to low water visibility…we managed to find them on a spring low tide,’ Mr. Sutton said.

‘What we found was far larger than expected. A series of what appear to be wide foundations ring a large area.

‘Along the entire perimeter created by these foundations, many thousands of square and oblong blocks lie to either side. Some have fallen right off the foundation, and others are still leaning against it.’

The ancient city of Rhapta is mentioned by Ptolemy in his work ‘Geography’ which dates back to 50 AD. 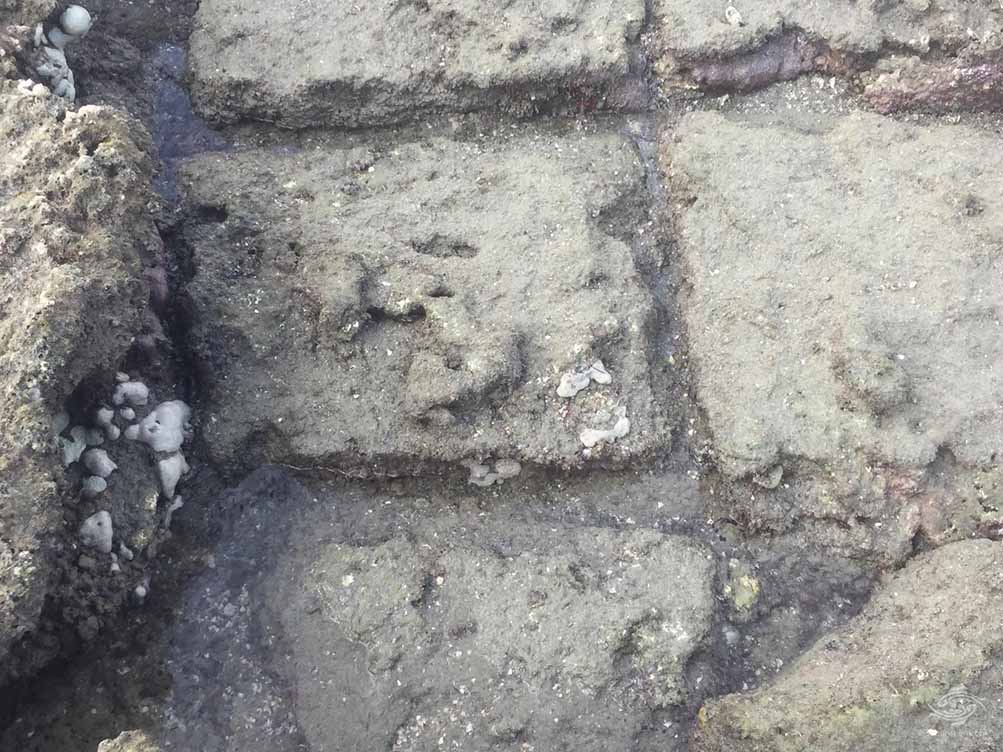 The Greco-Egyptian writer describes an account of a seaman called Diogenes who travelled on the India Trade route and was blown off course ending up in Rhapta.

However others also mention the ancient site. A German explorer that visited Mafia Island in the 1890’s mapped the island. The map makes mention of a Portuguese port that has been devoured by the sea.

‘For several years we have been looking for the fort in this area without success,’ Mr. Sutton said.

‘Its location is not questionable if one relies on the Roman document, put at Lat. 7.7 south and at the sailable river,’ said Professor Felix Chami, archaeology professor at Dar es Salaam University, Tanzania in an interview with the DailyMail.

‘The ruins are now in the bay of the River known by the Romans as Rhapta bay.

‘The island on which it is attached to is Mafia also known by Ptolemy as Mafiaco.’

‘Exactly whether this is Rhapta remains ‘a puzzle for the archaeologists to figure out,’ Mr. Sutton said.

‘It seems ancient and to have been extremely well constructed, in a fashion unlike the architecture of other ruins in Tanzania and doubtless the site will keep archaeologists busy for many years.

‘Without a significant amount of research, it is impossible to say exactly what the site is. It, however, appears to be a very old harbour city.’ 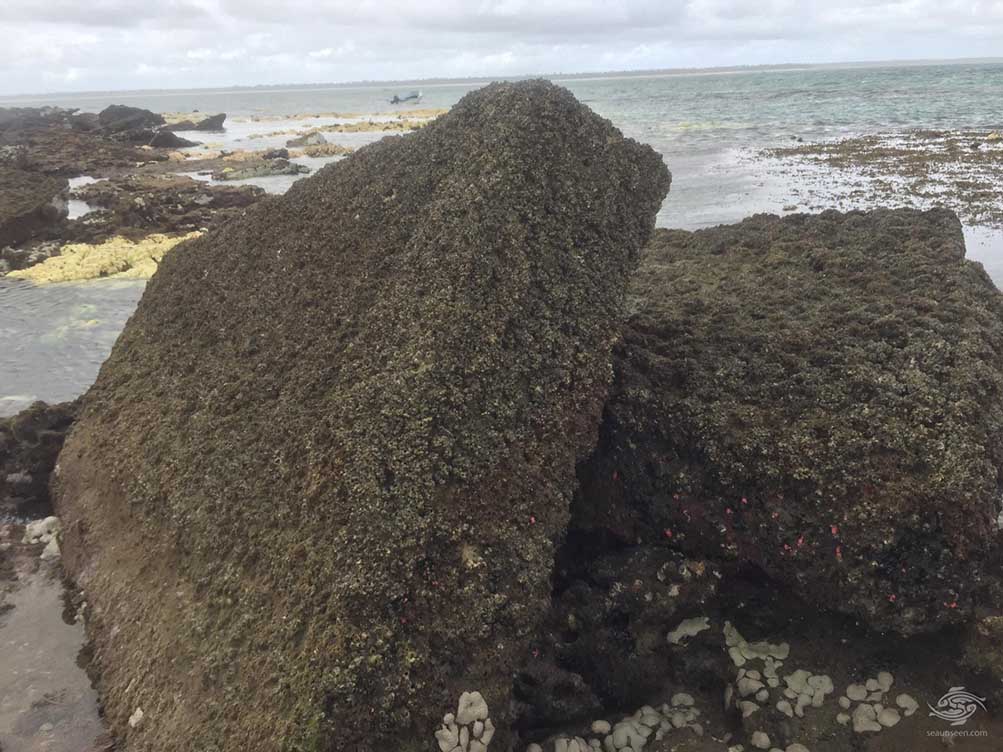 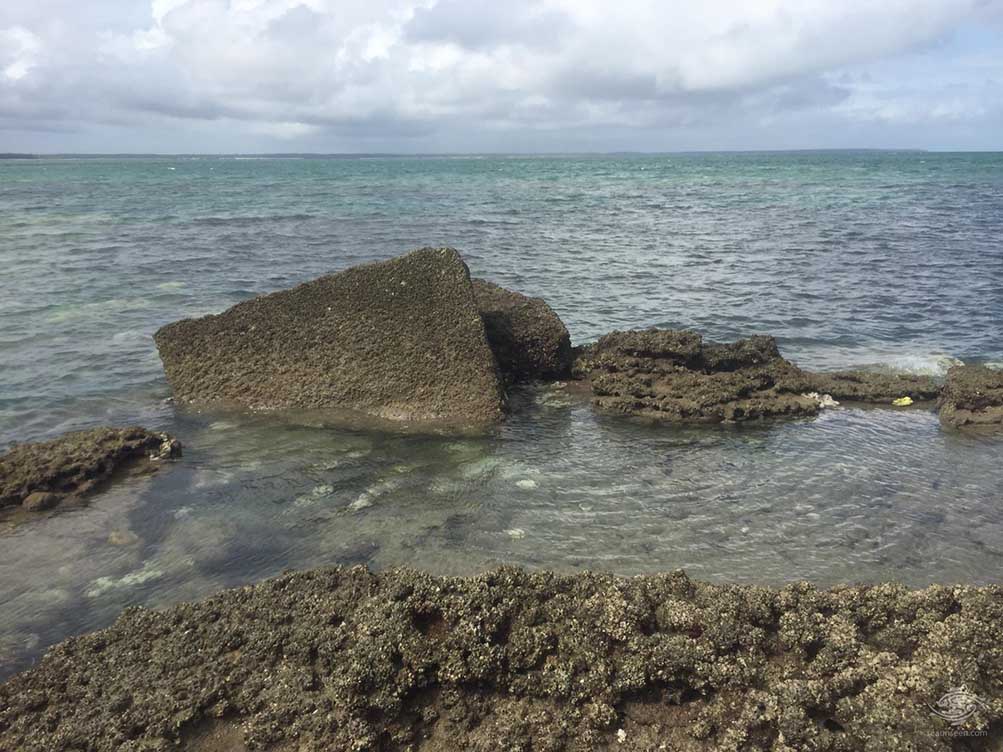 For more images of the lost sunken city off the coast of Tanzania please visit: www.seaunseen.com