All around the globe, we can find numerous ancient sites that completely challenge mainstream scholars. From ancient monuments to cities in ruins, numerous archaeological sites have proven to be shrouded in mystery. In this article, I’ll take you on a journey around the globe, where we will explore five ancient cities whose origin and history has challenged mainstream scholars since their discovery.

Located to the Southwest of the Kalasasaya temple in the monumental complex of Tiahuanaco, Bolivia, are the ruins of Puma Punku. Built with giant blocks of stones quarried from a site located more than 80 kilometers from away, the city of Puma Punku is believed to have been erected around the century, although it is still a complete mystery as to who and how this ancient site was built.

Among the largest stone blocks found at Puma Punku we can find one with the following characteristics: 7.81 meters long, 5.17 meters wide, averages 1.07 meters thick, and is estimated to weigh about 131 metric tons. Incredible right? And this was done with ropes and ramps? OK, right. The second largest stone block found within the Puma Punku is 7.90 meters long, 2.50 meters wide, and averages 1.86 meters thick. Its weight has been estimated to be 85.21 metric tons 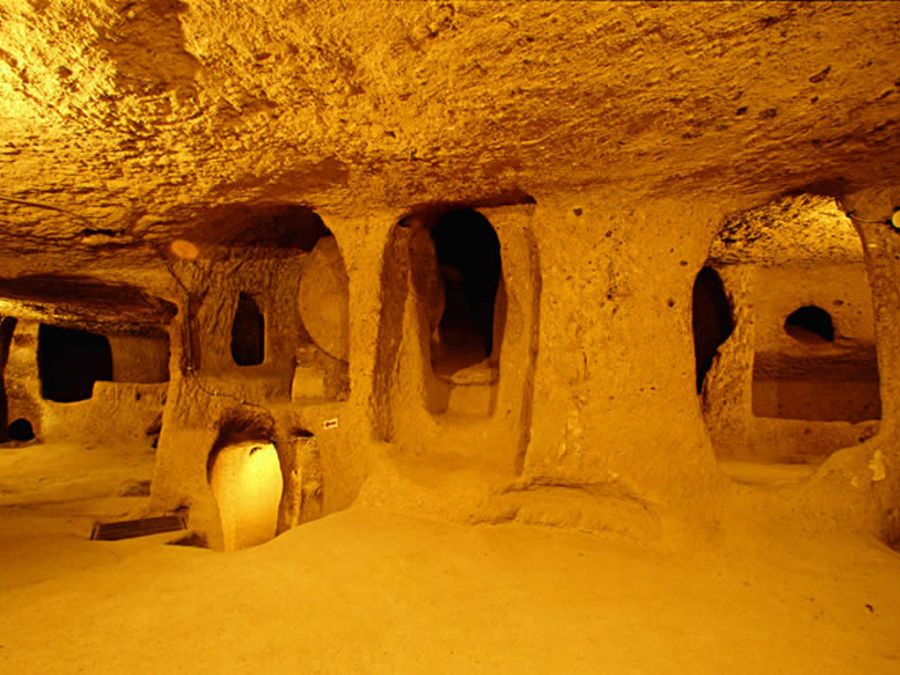 If we travel all around the globe towards the limits of Europe, we will arrive at Turkey where we find the magnificent ancient UNDERGROUND city of Derinkuyu.

Although estimated to have been built at the beginning of the 7th century, some archaeologists claim that it dates back to 1400 BC. This ancient underground city consists of around 18 and 20 levels located deep underground.

Scholars are still debating what the exact purpose of this ancient city was.

Interestingly, the security system that was used in Derinkuyu is both very effective and relatively easy to manage. Each floor of Derinkuyu could have been closed off separately; huge circular stones were used to isolate the entrances, these “doors” could only be worked with on the inside.

Baalbek: The most massive stones on planet Earth 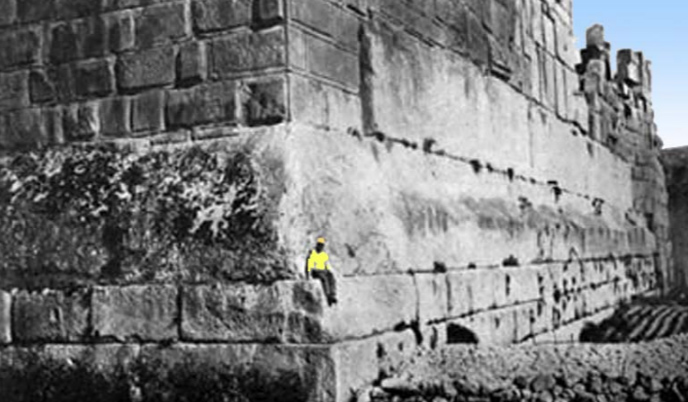 Located in present-day Lebanon, this millenarian city is one of the most important archaeological sites of the near east.

It was one of the most important ancient Roman cities in the Near East and was previously occupied by the Greeks. Some archaeologists argue that it was consecrated by the Phoenicians to the worship of the god Baal. No one knows the origin of the city although numerous theories have been proposed.

According to conventional archaeologists, it was a Phoenician sanctuary dedicated to the god Baal; it was a Greek City called Heliopolis (City of the Sun) and since the time of Emperor Augustus, it was a Roman colony. The truth is, the exact age remains a mystery, but some researchers consider this ancient megalithic site as being at least 12.000 years old but could be over 20,000 years old.

Among the most intriguing of these megaliths is the Trilithon, and here is the cool part: three colossal blocks measuring 22 meters in length, 4.5 m high and 3.5 m wide. Their weight ranges between one and two thousand tons. These three huge megaliths tons on a row of six blocks of granite that measure each, 10 meters in length and 4 height and weighing over 300 tons.

Baalbek is an ancient city out of this world.

Teotihuacan: place where gods were born

From present day Lebanon, we take another trip back to the Americas and visit Central Mexico.

Located some forty kilometers from present day Mexico City, Teotihuacan is one of the most important archaeological sites in Mexico.

Like with many other ancient cities, scholars are unsure as to when the city was built. However, they estimate that it was established around 100 BC, with major monuments.

Many researchers argue that when viewed from the air, Teotihuacan‘s city layout strangely resembles a computer circuit board with two large processor chips— the Sun Pyramid and the Moon Pyramid. Researchers have also found numerous and remarkable similarities to the Great Pyramids of Egypt.

One of the most interesting things about Teotihuacan is the finding by archaeologists of the extensive use of mica embedded in numerous structures. This mineral is found 3,000 miles away in Brazil, and it is found in all buildings, housing complexes, temples and along the roads so basically this mineral is all over Teotihuacan. The Pyramid of the Sun in Teotihuacan contained considerable amounts of mica in layers up to 30 cm.

The ancient city of Caral: Home to a pyramid-building civilization contemporary with the ancient Egyptian Pyramids

From Mexico, we travel further south and stop in Peru.

There, we will find the ancient city of Caral, a place that many people are unaware exists, and a place that is easily one of the most important and fascinating ancient cities of the Americas.

Its not just an ancient city, but a civilization that has puzzled researchers for decades.

This ancient civilization –and their city— is of vast importance. In fact, archaeologists firmly believe that Caral is one of the first sophisticated civilizations in the Americas added to the list of only a few civilizations that developed without a written form of communication.

It covers a mighty 165 acres and it is one of the largest in Peru. The pyramids of Caral according to archaeologists are contemporary with Egyptian Pyramids (3200 BC). These complex constructions are proof of ingenuity of ancient man, being able to erect these incredible monuments, precisely constructed, shows the planning and organization levels of the builders of this incredible monument complex.