One of the latest discoveries that proves a 9,000-year-old advanced and sophisticated culture existed in Europe is the shamanic sanctuary that was unearthed recently. It seems that after all, the capabilities of ancient shamans go beyond myth. 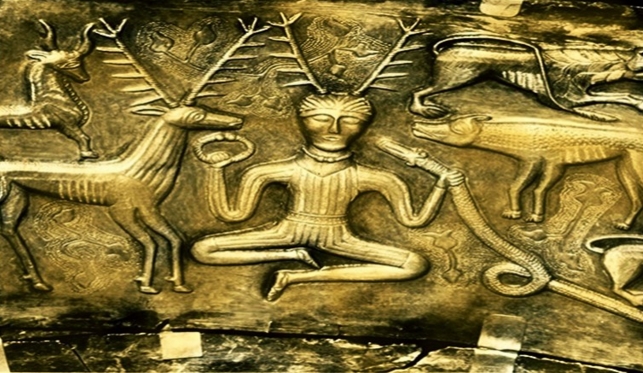 The shamans were considered as the most influential figures in the ancient world. According to ancient texts and oral tradition, the powerful magic practitioners played an imperative role in early human societies. They were characterized as being extremely knowledgeable; they were feared and respected capable of extraordinary feats.

Ancient Shamans had the ability to win battles, de-curse allies, and strike fear into the enemy, some were considered powerful healers, they could heal physical wounds as well as those of the soul, and they were able to communicate with the spirits and are said to have the ability to shapeshift.

While most people would say that these tales are just mythological legends, there are those who firmly believe Shamans had great powers and could do most of the above mentioned. Most of the records regarding these ancient mystics originate from the 16th century and refer to Asia as their last known refuge. However, there is evidence of shamanism spread across the entire planet from the Americas, where some still practice the ‘art’ of Shamanism, to remote areas in Asia.

Interestingly, in 2012, researchers found a very mysterious site located in the vicinity of Lake Świdwie, in north-western Poland. After numerous tests and excavations, archaeologists concluded that the site dates back over 9,000 years.

According to Archaeology News Network:

“Figures dressed in furs, chanting monotonous song emerge from the shadows and clouds of smoke. Wearing masks and animal antlers on their heads, they carry small bundles… Perhaps that is what the rituals performed many thousands of years ago near today’s Szczecin looked like.”

“We will probably never know the details of the rituals. However, all indications are that the discoveries made by Prof. Tadeusz Galiński from the Szczecin branch of the Institute of Archaeology and Ethnology PAS are unique in Europe. Archaeologists began to study the site in 2012. Initially they did not realize what they were dealing with – they simply stumbled upon the remains of huts. They thought it was a typical settlement of hunters from 9,000 years ago. However, further finds were becoming more and more intriguing.”

Researchers excavated numbers items from the area including wooden censers which were used for ritual smoking, in order to drive away evil spirits. Archaeologists also discovered herbaceous plants and animal bones which have led Prof. Galiński to conclude that the items found were shamanistic offerings:

“Sacrificial offering were an expression of belief in supernatural powers and forces of nature. Their purpose was to appease deities. They were made on behalf of all residents and members of the group with the participation of the spiritual leader,” he said.

Among other items, researchers uncovered numerous larger stones: syenite, diorite, granite, quartzite, sandstone and gneiss, and even red marble and green syenite which are extremely rare in the region. In addition to the previously mentioned items, researchers also excavated objects referred to as black amber.

“This extraordinarily rich collection of stones is unique among the previously known Mesolithic sites, located both within the vast European Plain and in the zone of the foothills and highlands,” explained Prof. Galiński, in a press release.

These stones had to be brought to the site in Bolków, and not only from the surrounding area (…) but also from distant lands, the best example of which is hornfels, which occurs closest in the Giant Mountains and the Harz Mountains.”

One of the most exciting discoveries from the site was the remains of a mysterious structure of approximately six meters in diameter. A trapezoidal building with what appears to be poles, surrounded by an arch of rocks aligned at equal distances from each other immediately caught the attention of Polish researchers. Upon closer inspection, archaeologists discovered sticks were piercing through the ground forming the shape of the Big Dipper – a fragment of the constellation Ursa Major, also known as The Great Bear.

What makes this discovery so unique is the fact that other similar shamanistic settlements were only found in Siberia and Mongolia. This site apparently served as a sanctuary from where spiritual practitioners engaged in numerous rituals and what researchers call, out-of-body experiences, a phenomenon completely misunderstood in modern times.