There are numerous archeological discoveries that science cannot understand. We have come across countless findings that have ended up as being just that, findings that have caught the attention of researchers but have yet to be accurately explained. Like the infamous 240-million-year-old microchip, this miniature screw is most likely another curious crinoid. 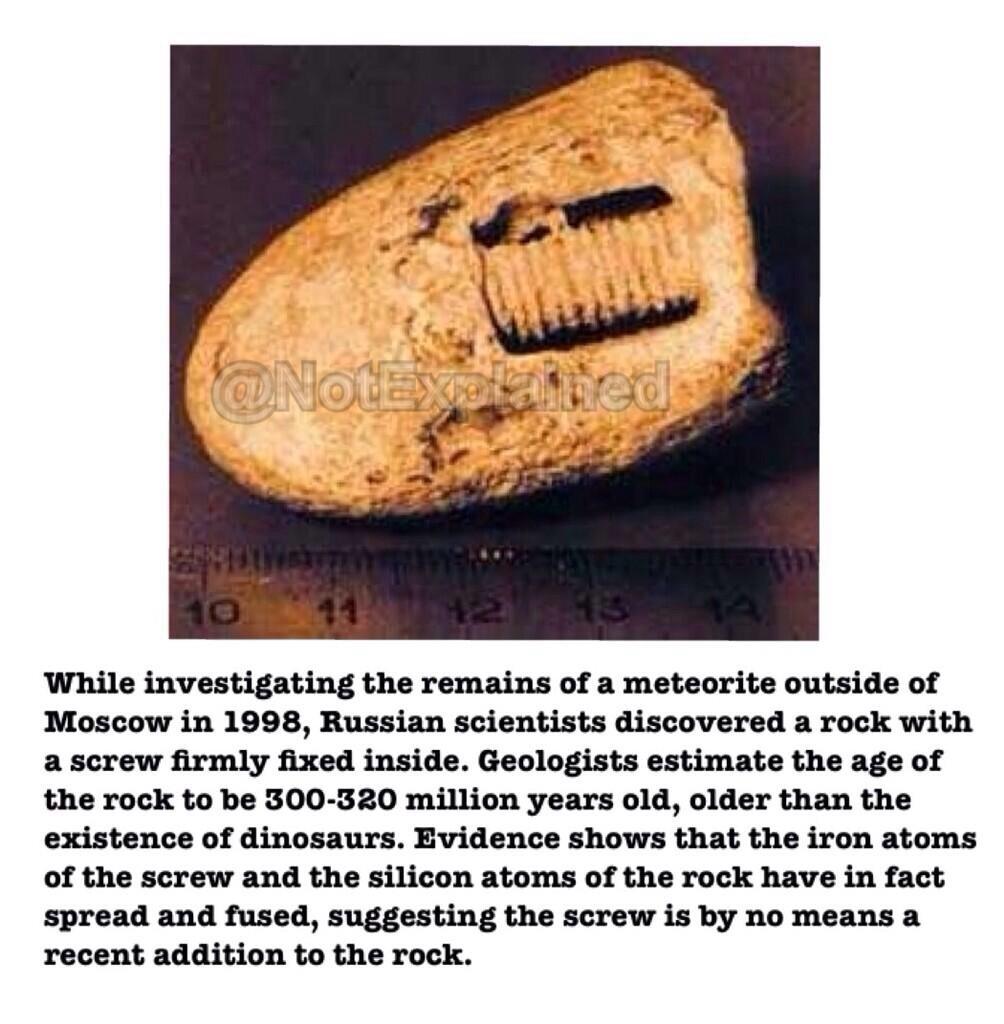 Russian scientists found the anomalous ‘artifact’ by chance as they were performing analysis after the fall of a meteorite in the Kaluga region when they came across a mysterious object that resembled a modern-day screw.

Scientists were baffled and did not know what to think of it. Did it come from space? Is this screw proof of ancient civilizations that inhabited Earth millions of years ago? Or is it just another fossilized creature?

The fossil surrounding the screw is around 2 cm long. It was discovered in a scientific expedition that was performed by a group called the Kosmopoisk group, which is scientific research group responsible for conducting UFO related research, cryptozoological research, and paranormal pseudoscience.

Initially, they suited up and went to search for the remains of the meteorite that impacted the Kaluga region in Russia. Suddenly, they came across the screw, and incredibly, after paleontological analysis, it turned out that the age of the “stone” was somewhere between 300 and 320 million years. The artifact was analyzed using X-Ray technology, which provided researchers with another shock, allegedly another screw was present inside it. 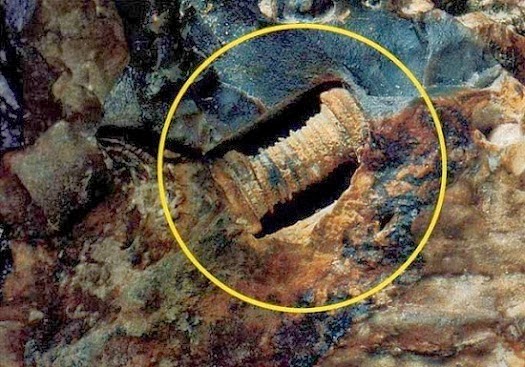 Many scientists have tried explaining the origin and details of the “screw”, some have proposed that it could be the remains of a Crinoids (Marine animals that make up the class Crinoidea of the echinoderms). Many refuse to believe we are looking at Crinoids even though this is the most accurate explication.

The theories as to what this object is are many. Skeptics are having a field day and they love to debunk discoveries like this one, offering a much simpler answer, suggesting that it’s nothing, probably the remains of an old factory, vehicle, or anything else that can make you, the reader look elsewhere for answers, without paying much attention to details such as the age, and region where it was found. 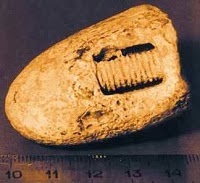 So what is it? A screw that proves that extraterrestrial life was present on Earth millions of years ago? Or is there a possibility that it might be evidence of ancient civilizations in the past that possessed very advanced technology? How is it possible that a screw could have survived ‘intact’ for 300 million years? What is its metallic composition? These are several of the questions that still need to be answered in order to get a full picture of what this object really is. Like many other curious findings, this may be just another fossilized Crinoid.