A man isolated himself in the Arctic for 20 years—what...

Jaw-dropping footage has emerged of an ‘otherworldly’ glowing ice cave in the Arctic created by a sculptor who has been carving ice for over 30 years.

An Ice sculptor from Colorado called Tim Linhart has created something magical. One day he carved an upright string bass from ice and was astonished at the beautiful sound it made. What he reveals now is astonishing.

(Scroll down for video)

Tim Linhart from New Mexico USA made his first frozen instrument sitting on top of a mountain 20 years ago and became almost immediately enchanted—not only by the idea— but by the sound it made while playing it. This magical feeling empowered Tim to create something mind blowing worth visiting.

“I plucked on the wires and I heard the sound coming out from inside the instrument.”

“And I was so excited by what I heard that I put on my skis and skied all the way down to the village and told them what had happened to me and how excited I was. They pretty much thought I was a kook. Well, on that day I sort of had a dream – a vision of what could one day become. Welcome to my dream.” 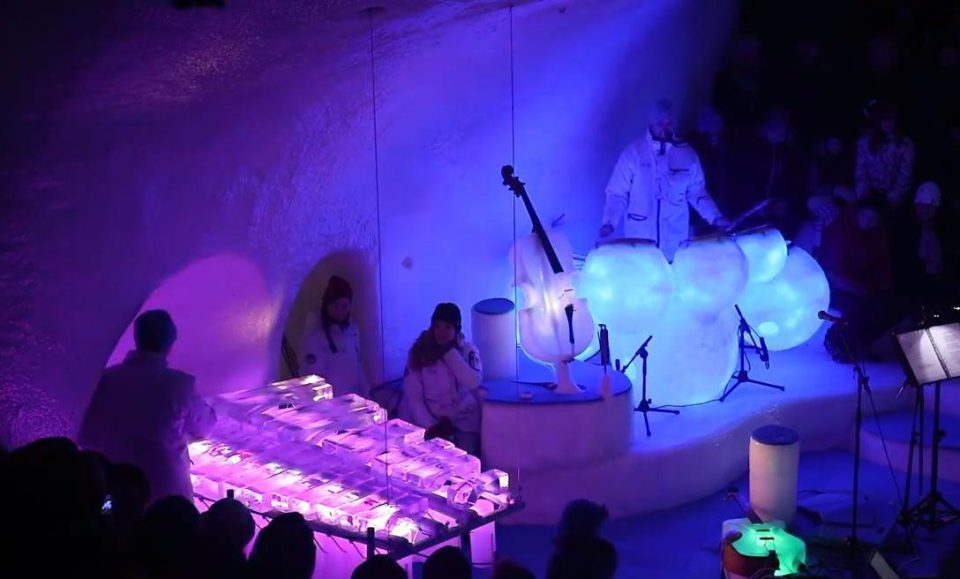 This fascinating footage takes you to Tim’s magical frozen concert hall which perfectly illustrates not only the artist’s talent, but his love, and passion in every single piece.

The magical cave is fitted so it glows in all the colors of the rainbow. More interestingly, the instruments made of ice are not only there to be admired, but people can actually listen to the sound the instruments produce in the concerts that take place inside the frozen hall.

According to Tim, the pitch on the stringed instruments gets lower as body heat causes the temperature to rise.

This magical place—a glowing Igloo—is located in Luleå, Swedish Lapland, and was intricately designed to keep the delicate instruments cool – even when the concert hall is full of people.

“You got hot bodies next to cold instruments and they’re melting…the strings on the stringed instruments begin to get softer and the pitch goes down,” explained Tim.

“On the pipe instruments [the pitch] begins to go up, so you’ve got the orchestra going in two different directions.” 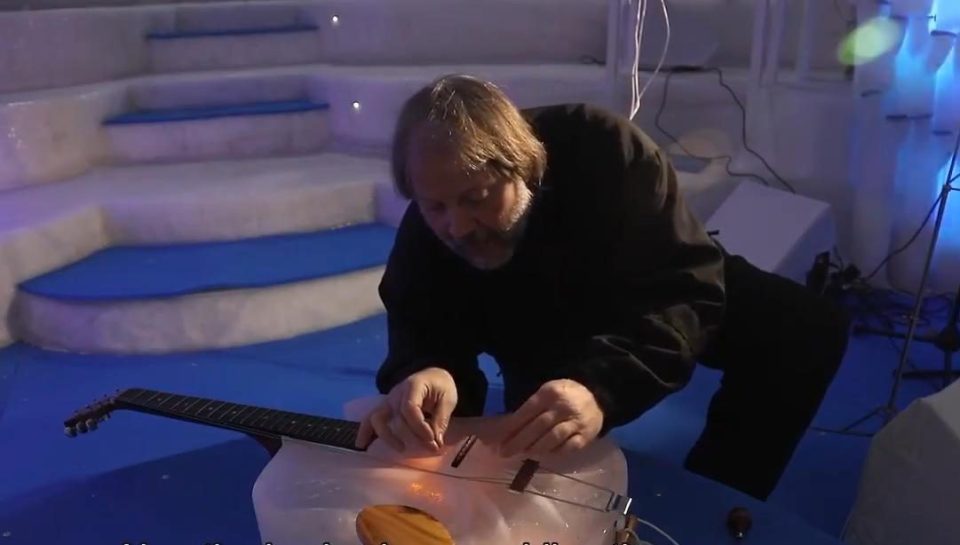 Inside the hall—which Tim dubbed Ice Music— people can choose from a range of different musical events such as rock, classical and pop concerts.

The average temperature inside this magical Igloo is -5 degrees Celsius. Ice Music suggests its visitors should dress properly:  at least three layers of clothing, plus a hat and gloves.

This ‘otherworldly’ Igloo isn’t the only one on Earth. Tim has also built ice caves in ski resorts around the world, including the Italian Alps and Beaver Creek in the USA.