A new theory on time indicates present, and future simultaneously... 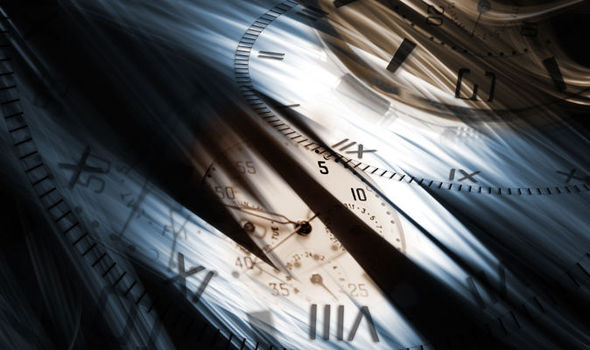 The researchers indicates that time should be regarded as a dimension of spacetime, as relativity theory holds — so it does not pass by us in some way, because spacetime doesn’t. Instead, time is part of the uniform larger fabric of the universe, not something moving around inside it.According to a scientist, everything that has happened, and everything that will happen is in fact occurring at this very moment as time is positioned in space.

The new theory proposed by Dr. Bradford Skow, an associated professor of philosophy at the Massachusetts Institute of Technology (MIT) indicates that if we were to look down on the universe, we would actually observe time and events spreading out in all directions.

So what does this actually mean? Well, it suggests that time as we know it is incorrect, in other words, it’s not linear as we have been thinking all along. In fact, everything around us is ever present.

The new theory is detailed in Dr. Skow’s book, Objective Beginning, where he writes: “When you ask people, ‘Tell me about the passage of time,’ they usually make a metaphor.

“They say time flows like a river, or we move through time like a ship sailing through the sea.”

The author argues that he “wouldn’t want to believe in that unless I saw good arguments for it.”

In “Objective Becoming,” Skow aims to convince readers that things could hardly be otherwise. To do so, he spends much of the book considering competing ideas about time — the ones that assume time does pass or move by us in some way. “I was interested in seeing what kind of view of the universe you would have if you took these metaphors about the passage of time very, very seriously,” Skow says.

Dr. Skow believes that in a so-called ‘block universe- a theory which states that the past, present and future exist simultaneously.

In other words, this means that once an even has occurred, it continues to exist somewhere in space-time.

The new ‘controversial’ theory is backed up by Albert Einstein’s theory of relativity which indicates that space and time are in fact part of an intricate four-dimensional structure where everything that has occurred has its own coordinates in space-time.

Dr. Skow agrees that while things change and we see time as if it were passing, Dr. Skow believes that we are in a ‘scattered conditions’ and that different parts of time may be dotted around the infinite universe.

Does time pass? Philosopher Brad Skow’s new book says it does — but not in the way you may think.