According to numerous ancient Texts, Advanced Extraterrestrials created the human...

There are several Bible verses that refer to the creation of Adam and Eve, which some believe to be based on writings of Sumerian clay tablets that speak of “superior” beings which created the first human species.

Then God said, “Let us make mankind in our image, in our likeness, so that they may rule over the fish in the sea and the birds in the sky, over the livestock and all the wild animals,[a] and over all the creatures that move along the ground.”

In other ancient texts, like the Popol Vuh, which is known as the sacred book of the Quiché, the great Maya family, the “powerful ones from the sky” created man. 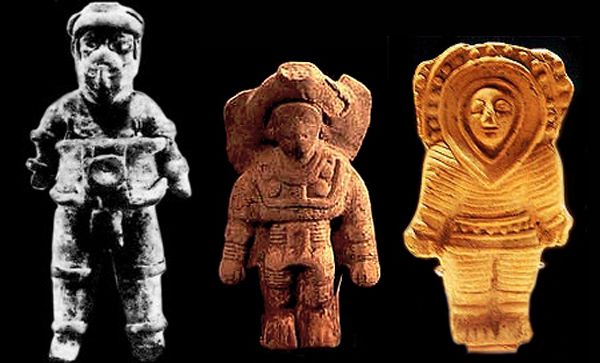 In the Qur’an, One night in the month of Ramadan, in the year 610 CE, Muhammad suddenly came up with a story that angel Gabriel appeared to him and gave him revelations from Allah. Gabriel ordered Muhammad to read in the name of your god as stated in the following verses:

In Japanese creation myths, it is believed that, in ancient times, a heavenly couple descended from the heavens, bread on Earth, leaving their children on Earth and forming the Japanese people.

In 2002 with the discovery of the human genome, researchers indicated that humans have 223 genes that do not have predecessors in the genetic tree of evolution.

The answer on why only humans have had such an abrupt evolution from all the species on Earth might be replied to by the numbers ancient texts that speak of how life was created. Why do we decide to ignore them? Because science does not agree with them?

According to other researchers that are more open-minded, it does not seem far-fetched that humans were created by an extraterrestrial civilization in the distant past, with the help of genetic engineering, something that would perhaps help explain the 223 “alien genes” present in our DNA.

Francis Crick an English biochemist, who won the Nobel price, discovered in 1953 the DNA structure. He sustained that extraterrestrial beings discovered our world in the distant past and decided to create “intelligent” life on the planet. Another expert, Vsevolod Troitsky, issued the theory that the Earth could be some sort of testing ground for other beings.

There have been numerous books that speak of creation, and that suggest alternative theories on how man came to be what he is today.

Researcher Zecharia Sitchin suggested that the Anunnaki came to Earth in the distant past from their planet Nibiru and genetically engineered humans on Earth. This is not only proven by ancient scriptures found worldwide, but also by many paintings like the double helix of DNA, symbolized by two intertwined serpents.