Are Alien UFOs extracting ‘energy’ from our Sun?

Images captured by NASA satellite show what many believe are ‘Alien spacecraft’ using our sun as a ‘cosmic refuel station’. In the past couple of years, a great number of images and videos have been posted of strange objects—some of them the size of Earth—which appear to be manipulating our sun.

UFO hunters claim to have spotted an extraterrestrial spacecraft ‘extracting’ energy from the Sun. According to them, images posted by NASA show an unknown object connected to the star through a ‘straight line’, evidence that alien spaceships use our sun as a ‘cosmic refuel station’.

According to UFO hunters, the process seen in the images is ‘star lifting’, a technology used by advanced civilizations used to extract material from a star and use it for different purposes, even as a fuel.

A video uploaded to YouTube by Alien Hunter Streetcap1 asks where a massive UFO is feeding off of our Stars energy.

In the footnote, the author points out that he had noticed that the colors of the supposed ship and the rest of the line are different, so decided to publish this video online, to see what other people think.

“I did not think much about the theory of Solar plasma energy, but this made me think,” he adds. However, another UFO expert, Nigel Watson, does not believe the images are evidence of extraterrestrial life.

“These can be objects that shoot from the surface of the Sun and may seem sinister given the poor quality of the images, so we use our imagination to find aliens in them,” Watson was quoted as saying by the Daily Mail.

Apparently, there are mixed feelings about the possibility that UFOs are using our sun as a refuel station. 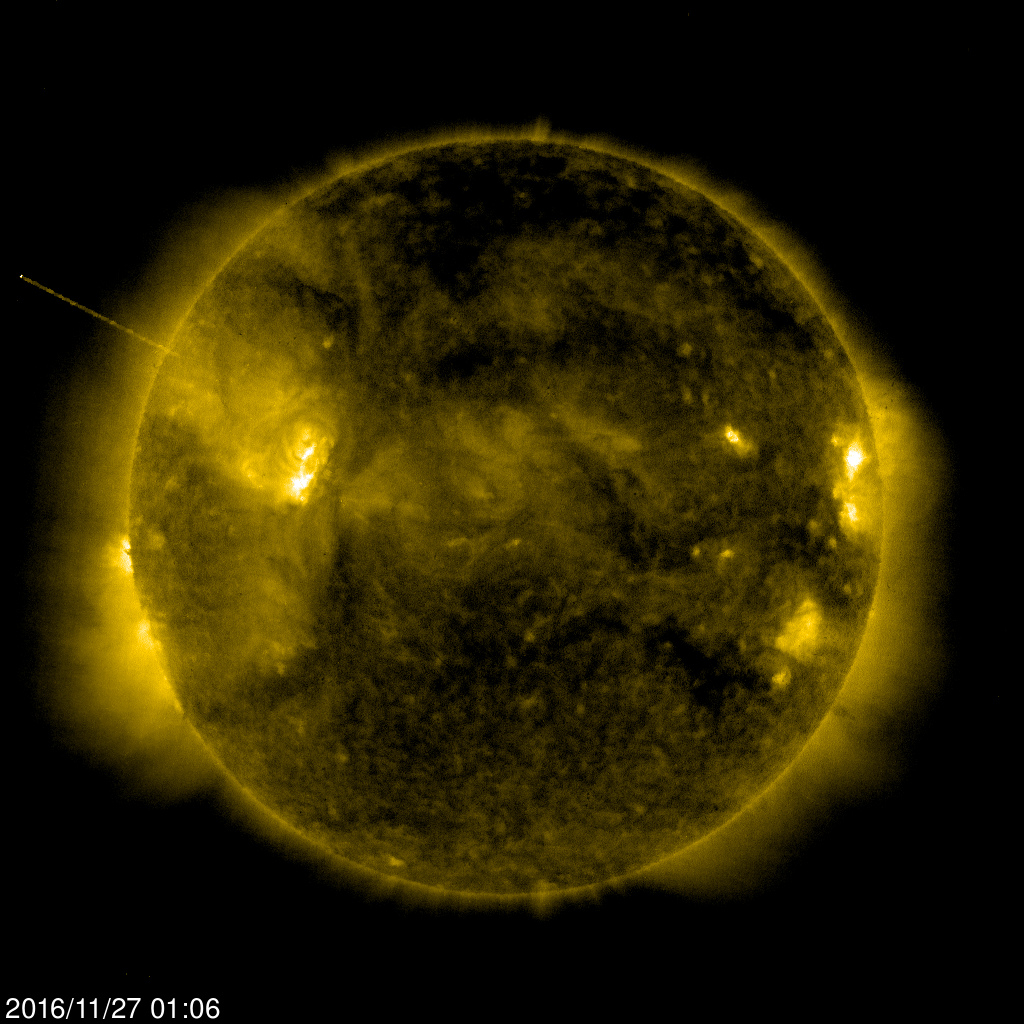 ‘Professional’ Ufologists have not ventured out and said that’s something they consider possible, showing signs of skepticism when it comes to the matter, which is why many others who believe something like this is entirely possible say that mainstream UFO researchers need to open their minds to new possibilities, if we are to understand these phenomena.

In the past, countless videos and images have been posted by different people on social networks suggesting alien ships are using our sun as either a refuel station or cosmic doorway.

Physicist Nassim Haramein talked about alien ships that could be using our sun in different ways to travel around the universe.

Many scientists refuse to take into consideration what Nassim Haramein has to say, mostly because he has no problems speaking about anything from the construction of the pyramids to UFO’s and alien life.

However, despite the fact that many have dubbed him as a fringe scientist, Haramein has written a number of extremely interesting papers—backed by serious research, and built on solid existing theories and experimentation. Haramein theorized about Black Holes or Singularities which according to him exist at the center of atoms. Interestingly, a number of articles have come out covering research with similar conclusions after he presented his work. You can see examples here, and here.