Amazing claims from NASA scientist: Alien life could exist in...

Is it possible that the time for ultimate disclosure has come? According to shocking claims from a top NASA scientist, alien life could exist in our solar system and within the next decade, we will find evidence. 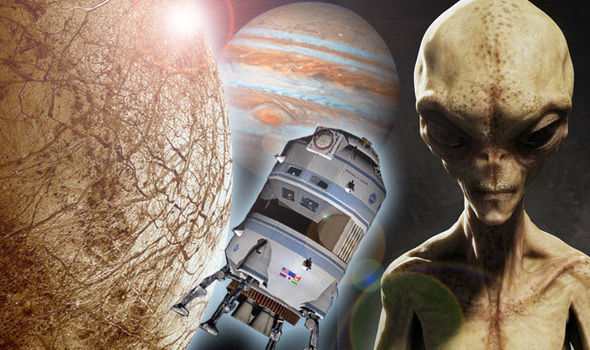 Millions of people around the world are convinced that we are not the only living organisms in our universe. Many believe that somewhere out there, in the vast confines of the cosmos, other living organisms inhabit Alien planets.

The latest statement from NASA however, puts the possibility of Alien life in our solar system as extremely probable. According to statements from Dr Kevin Hand, an astrobiologist at NASA’s Jet Propulsion Laboratory, the search for alien life could prove to be fruitful in the next planned mission to Europa, one of Jupiter’s moon which could hold the ultimate evidence proving we are not alone in the universe.

“The question of whether life exists beyond Earth is one of humanity’s most profound and unanswered questions.” –Dr Kevin Hand

During an event at the Royal Institution, Dr. Hand outlines that our understanding of Earth’s oceans has taken us a long way, teaching us how alien oceans on other planets or moon, could prove to be potentially habitable environments, and within our solar system, the best shot would be Jupiter’s moon Europa.

In an interview to the Express, Dr Hand said: ” We may be able to discover if there are signs of organic or possible life on Europa.

“Images show there could be possible life on Europa.”

Previous research has led scientists to believe that Europa has a liquid ocean which runs 100 kilometers in depth, and it could be the perfect hiding place for life forms in our solar system.

Today, many astronomers firmly agree that the icy moon of Jupiter is one of the most promising places within our solar system, where we could find traces of life.

Even though some consider these claims bold, they are based on actual tests and evidence found on Earth, where scientists have found that life can thrive even in the deepest parts of our oceans where microorganisms survive despite the lack of food and light. The mysterious organisms called amphipods, use energy and chemicals from the bottom of the oceans in order to survive.

This has led scientists to believe that elsewhere in our solar system –Jupiter’s moon Europa for example– under similar circumstances, alien life can thrive.

“These organisms utilize chemicals and energy at the bottom of the ocean, and this is what we think could be happening on Europa,” Dr. Hand said.

“This is powered without sunlight under incredible pressure and in incredible darkness and we found that in arguably the most extreme environments life is not only living, it is a thriving ecosystem.

“This kind of environment is what we think may be similar to that on Europa.

“My team is studying microbes as we think they may be the same sort of microbes which might be found on Europa.”