This is most likely the most incredible footage of the surface of our moon ever recorded. The Kaguya spacecraft’s HDTV camera captured a staggering 6.3 TB of movies and still images of the Earth and the Moon over the mission period that started on September 29,2007, and ended on June 11, 2009. Thanks to Japan Aerospace Exploration Agency, we are able to take a peek at the lunar surface like never before. 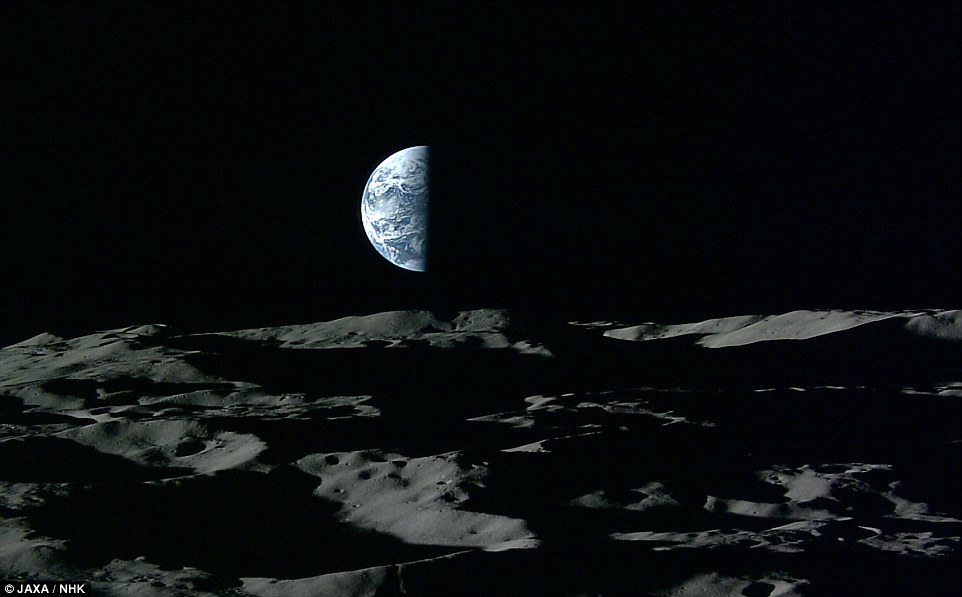 The agency has released a massive data trove belonging to its Kaguya Spacecraft, allowing us to appreciate, in unprecedented detail, breathtaking views of not only the moon but our home planet as it is seen from the moon.

The footage, however, isn’t that new. In fact, the video and images were captured over ten years ago, and only now has JAXA published over 600 images and videos taken by the crafts modest 2.2 megapixel HDTV sensors.

While orbiting the moon between October 2007 and June 2009, the Kaguya spacecraft took some really fascinating images and videos: it captured the lunar surface in mind boggling detail and managed to film the ‘Earth-rise’ and ‘Earth-set.’

According to reports from the Japanese Space Agency, Kaguya’s objective was solely focused on the study and origin of the moon.

However, along with the way, the spacecraft managed to capture unprecedented videos and images. All of the material can be accessed through the Kaguya HDTV Data Publication System website.

‘The HDTV acquired a total of 6.3 TB of movies and still images of the Earth and the Moon over the mission period that started on September 29,2007, and ended on June 11, 2009,’ JAXA researchers wrote in a paper following the mission.

The Agency added that: “Footage of an ‘Earth-rise’ and an ‘Earth-set’ on the lunar horizon were captured for the first time by the HDTV system. During a lunar eclipse, images of the Earth’s ‘diamond ring’ were acquired for the first time. The CCDs and the instruments used in the system remained in good working order throughout the mission period, despite the harsh space environment, which suggests a potential new approach to the development of instruments for use in space.”

Among the most noteworthy shots are those taken on New Year’s Eve back in 2008 and a fascinating crescent of our planet seen from beyond the horizon on the moon on February 24 of 2008.

The Space Agency also explained that some of the images photographed by the Kaguya Spacecraft were ‘withheld’ due to lens flares and other details considered as ‘imperfections’ in the pictures.

The Kaguya mission was terminated on June 10, 2009, as the spacecraft impacted against the south-eastern region of the moon.