UFO hunters and several UFO-related websites believe they have come across an incredible discovery on the surface of Mars, or better said, beneath the surface as they identified a structure that seems to be half buried in the harsh Martian soil.

The structure itself cannot be the result of natural geological forces on Mars say a number of Ufologists around the globe. While many remain skeptical about all of the images from Mars suggesting there has never been life on the Red planet and there sure isn’t life now there, thousands of people around the world firmly believe there is more to Mars than what we have been told in recent years. 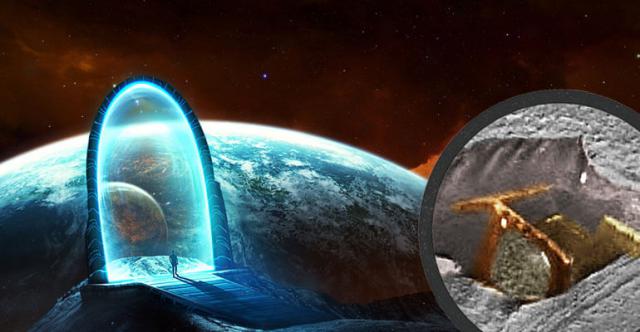 According to internet users who wrote their opinion about the mysterious image, judging by the straight lines which make up the mysterious structure and the circular pattern seen on the left, the object on Mars appears to be an artificial structure rather than a natural formation as many skeptics suggest, dismissing yet another mysterious image from Mars.

Other people suggest that this is, in fact, some sort of Stargate drawing connections between the mysterious image on Mars and places like the gate of the Gods at Hayu Marca which according to many is one of the most impressive monuments in the region.

These discoveries go hand-to-hand with statements of scientists like Dr. Brandenburg who believes that an old Martian civilization was wiped from the face of Mars in the distant past. Dr. John Brandenburg has a Ph.D. in Theoretical Plasma Physics from the University of California and he is currently working as a plasma physicist at Orbital Technologies in Madison Wisconsin. According to Dr. John Brandenburg, there is enough evidence to prove that at least two major nuclear blasts went off on the surface of the red planet in the distant past. The theory proposed by Dr. Brandenburg is based on the traces of uranium and thorium that have been registered on the surface of Mars. This Martian civilization was wiped out by another hostile alien race from elsewhere in the universe. Dr. Brandenburg warns that our civilization could face the same faith. According to Dr. Brandenburg, ancient Martians known as Cydonians and Utopians were massacred in the giant nuclear attack – and evidence of the genocide can still be seen today.

Statements from Dr. Brandenburg and other researchers have fueled the possibility that the numerous image sent back by NASA Rovers and satellites orbiting the red planet are in fact the remains of Ancient Martian cities, monuments, and other structures.

Fact or Fiction? What are the numerous anomalous images from Mars? Are they in fact the remains of ancient structures on the Red Planet? Evidence of a long lost civilization that inhabited the red planet when Mars was similar to Earth? With an atmosphere nearly identical to that of Earth, Oceans, lakes, and rivers?

One thing is certain, Mars will remain as the number one topic of debate among scientists, researchers and Ufologists, and perhaps one day, we will know for certain what Mysteries the red planet is hiding.