Archaeologists are getting closer to discover the resting place of...

A limestone stele, carved just two years before the Rosetta stone and identical to another inscription found in the temple of Isis on Philae, was unearthed in southern Egypt. It is the promising finding of the archaeological mission that has been searching the Taposiris Magna temple, around the Mediterranean city of Alexandria, looking for the tomb of Cleopatra (69 BC-30 BC), the last “tragic” queen of ancient Egypt. 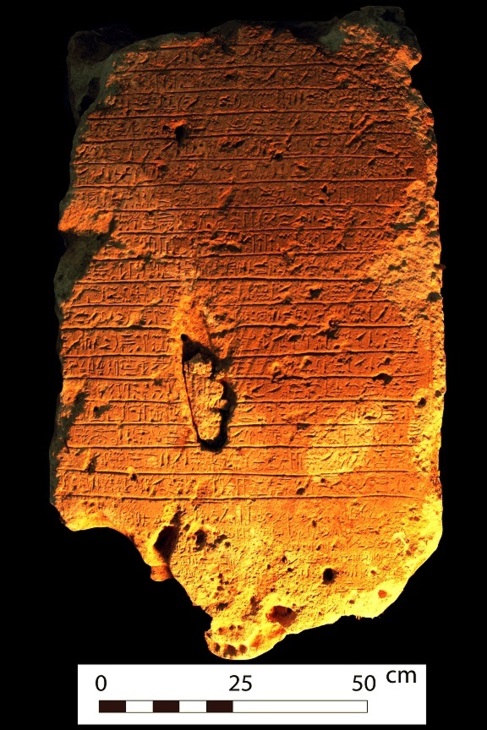 The complex located about 45 kilometers west of Alexandria, has kept within its walls a temple dedicated to Osiris, the god of resurrection, and wife Isis, the great mother goddess in Egyptian mythology. Its arid radius of 5 kilometers – drilled by the military expedition of Napoleon Bonaparte had barely seen light since 1801- and its findings have been a mystery. His fate, however, changed in 2005 when archaeologist Kathleen Martínez arrived and convinced the Minister of Antiquities Zahi Hawass of the need to resume excavations to track the burial of Cleopatra VII and Mark Antony.

“We know that Cleopatra was buried in a temple of Isis, but as the importance of Taposiris Magna was unknown, it was discarded,” says Martínez. Now, the finding shows that it is possible that the queen was buried here or in the vicinity at least.

The stele-of 105 centimeters in height, 65 cm wide and 18 cm thickness was sculpted in the ninth year of the reign of King Ptolemy V, only two years before the creation of the Rosetta stone, the key that opened the door for archaeologists into understanding Egyptian hieroglyphics.

This newly found stele is inscribed with twenty lines written in hieroglyphic alphabet and has the names of King Ptolemy IV Philopator, Egyptian ruler between 211 and 204 BC, and his son Ptolemy V. The stele has also the names of their wives.

This newly discovered Stele is also is an exact copy of another one located in the grand temple of Isis originally situated on the island of Philae, about 8 kilometers south of Aswan. It was brought together with the accompanying documents to the island of Agilkia during the 1960’s after the construction of the Aswan High Dam left the place buried beneath its waters. “This connection suggests that at both ends of the country, in Upper and Lower Egypt, were two temples dedicated to the cult of Isis, Philae and Taposiris Magna” says the Latin American archaeologist. 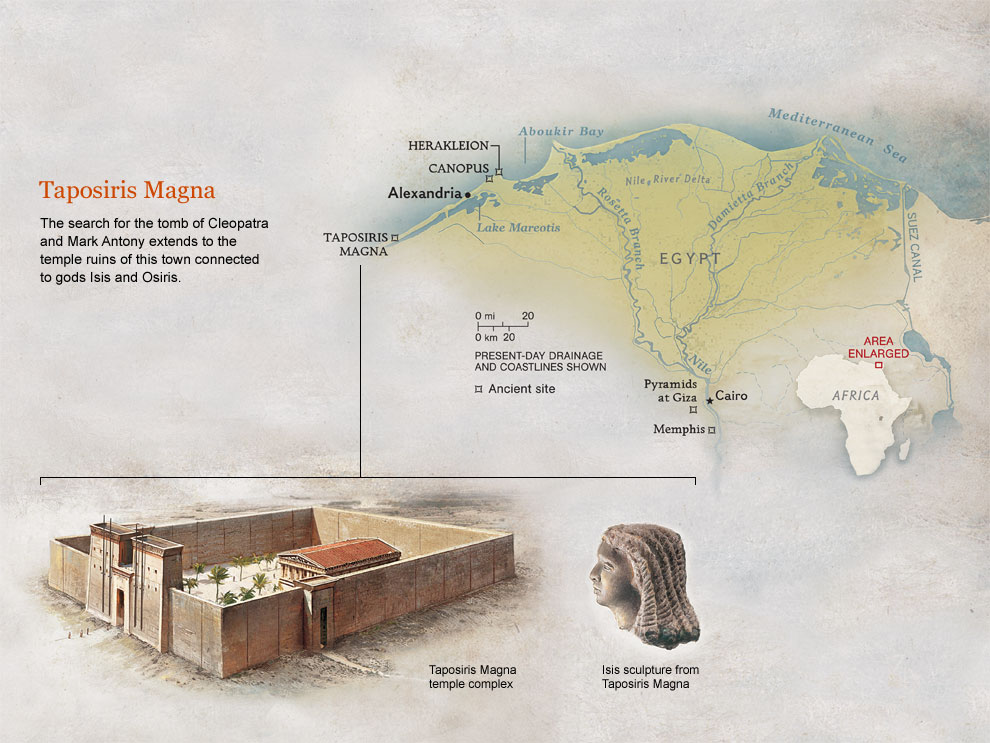 Impervious to obstacles and criticism that has aroused her search, Martinez has not given up and continued her search conquering the political unrest that has ruled over the land of the Pharaohs in the past years. The journey has not been easy for Martinez and after visiting 28 buildings in the vicinity of the Mediterranean city and analyzing its architecture and iconography, Martinez considered Taposiris Magna, abandoned after unsuccessful excavations in the past she believed it “met the necessary symbolism” to accommodate the eternal resting place of the last Egyptian queen and Roman general.

“Just two or three days before the end of the excavation permit we discovered the first underground burial chambers,” says Martinez. Since then, the Dominican-Egyptian mission found a necropolis outside the walls of the enclosure with over 2,000 bodies oriented in the same direction making it one of the largest burial sites in Egypt.

“We are witnessing an area that could be the equivalent to the Valley of the Kings to the Ptolemaic dynasty. It is likely that the last pharaohs in history, fighting the Romans to make their stay on the throne, chose a safe location to not be bothered in the afterlife “says Martinez.

Martinez added “It only remains to excavate around 20 percent of the temple but in archeology there is no time accurate timing.” The archaeologist who crossed an ocean in search of Cleopatra, hopes that the discovery of her resting place will help narrate and fill the live of Cleopatra, the beautiful ancient Egyptian queen who seduced Julius Caesar.