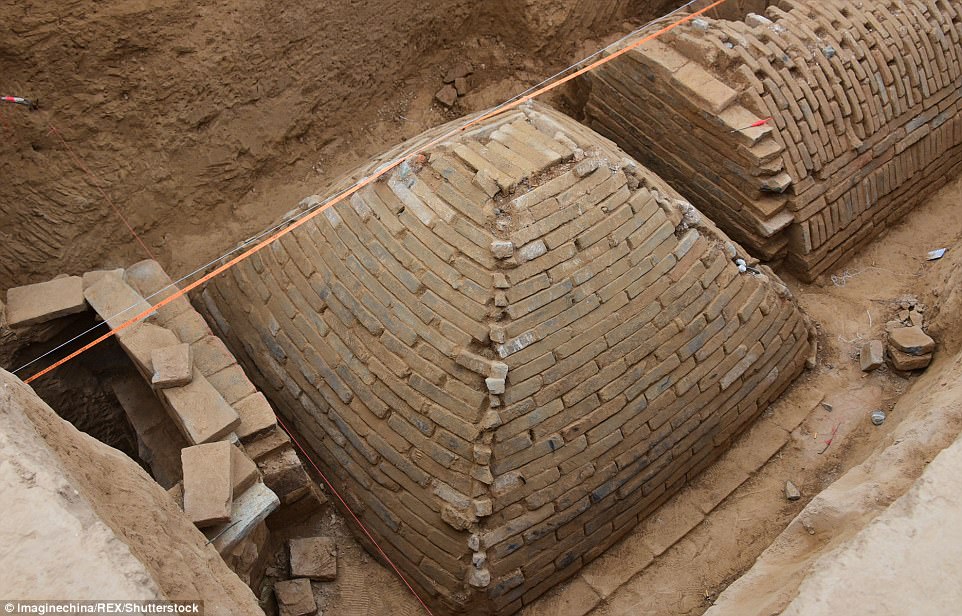 Even though at first glance you may think it’s just another Egyptian Pyramid, this amazing structure was found half way across the world in China. The monument which eerily resembles Egyptian pyramids was found in the Henan province and dates back at least 2,000 years.

Because of its “Egyptian” characteristics, it has been labeled “magical” by local media.

Further analysis will be carried out in the coming months to determine the exact age of the structure and for whom it was built.

The place where the Pyramid was build used to be a village that was later evicted to build a modern residential complex, reports Huanqiu.com.

In the same chamber where the pyramidal structure was unearthed by the team of the Office of Cultural Relics of Zhengzhóu, is another tomb with the shape of a semi-cylinder.

The entire complex is around 30 meters long and 8 meters wide and was built with the entrance facing east. The complex is composed of a narrow passage followed by a main dome where the two tombs rest.

According to early estimates, experts believe that the ‘Egyptian Style’ pyramid could be over 2,000 years old. Judging by its style, archaeologists believe it belonged to the Han Dynasty.

Residents were impressed by the discovery.

‘This is truly magical. I’ve never seen anything like this. It looks like an Egyptian pyramid,’ said one of the locals to a reporter. 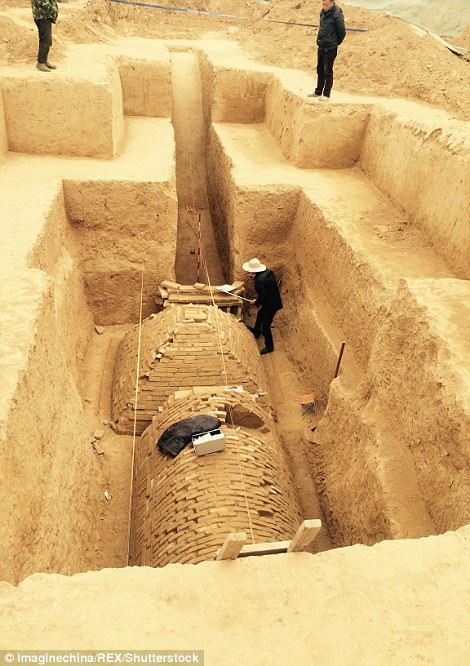 China isn’t a stranger when it comes to Pyramids. In fact, many scholars believe the oldest and largest Pyramids are located in the Asian country.

The story of the Chinese pyramid began at the end of the Second World War when American pilot James Gaussman was about to complete a resupply mission to the forces of the Chinese Army. Shortly after flying over the city of Xi’an, heading southwest, the pilot encountered what looked like a gigantic pyramid.

Surprised, after making several passes over the humongous structure, he decided to take a number of photographs, which later included a detailed report which were handed to his superiors as soon as he returned to base.

The incident was forgotten among the files of the US Air Force until 40 years later, the ‘Great Pyramid of China’ was brought back to light through the work of Australian writer Brian Crowley, who published one of the photographs of the Pyramid in his book.

As a result, it was known that this wasn’t the first time pilots saw the humongous Chinese Pyramid. In fact, during March 1947, when the war was already over, the  New York Times published an article making reference to the sighting made by Col. Maurice Sheehan from his plane, when he flew over a gigantic pyramid, described by Col. Maurice Sheehan as having approximate dimensions of 300 meters in height and 450 meters on each side.

You can read more about the Great Pyramid of China here.