Archaeologists race to preserve the history of D-Day on Normandy...

Seventy-five years ago, Allied troops from Great Britain, France, Canada and the United States launched the largest invasion in world history and stormed the beaches of Normandy to take “Fortress Europe” back from the Nazis. Now, archaeologists are racing to save the reminders that still exist.

Much has changed since World War II ended in 1945. We all now live in a more connected modern world that has hopefully learned the lessons of the destruction and death global warfare can bring.

Along the way, veterans of that war have been around to share their experiences and relics of the war have largely stood as reminders of what happened on the beaches that day in Normandy when over 100,000 soldiers faced unrelenting enemy fire and freed France from Adolf Hitler’s grasp, marking the beginning of the end of the war.

But the surviving veterans who stormed these beaches on June 6, 1944 are passing into history while the relics left behind are fading away. While the knowledge these veterans have passed on will remain, archaeologists are working to preserve the relics that are at risk of being swept away by time and natural forces.

According to the New York Times:

France is engaged in an effort to preserve the memory of the days of bloody struggle in a more concrete way. For the past 10 years, a cadre of archaeologists and field researchers unique in Europe has been digging up, documenting and cataloging the physical remains of the Battle of Normandy — bodies, bunkers, weapons — in what has become known as the “Archaeology of D-Day.”

To supplement the archives and the fading witnesses, France’s cadre of state-employed “preventive archaeologists,” assigned to dig the history-laden soil in advance of commercial or other projects, is being called on more and more. There are 2,200 of them, the largest such group in Europe. And what its practitioners call the Archaeology of D-Day has become one of their most active fields.

And people walk by this history every day not knowing what they are missing.

It could as simple as a wall connected to a home that the Germans used as a machine gun emplacement, or a hidden bunker and is hidden by overgrowth and sand, or carvings and graffiti and anything buried under the ground.

“People pass it, but they don’t even know what it is,” researcher Stéphane Lamache said about one unassuming wall on Normandy that had been part of the German defenses.

But there are many more signs of what happened in Normandy, not just from the Germans, but by the Allies as well.

American soldiers left behind their signatures carved into trees and in the concrete of the artificial ports they created; bored German soldiers painted lascivious pictures of fräulein on the walls of bunkers and underground passageways. French civilians hid out in disused underground quarries to escape the intense Allied bombing around Caen, leaving behind thousands of objects including medicine vials, broken dolls, crockery and coins minted by the collaborationist Vichy regime.

“There’s been a new consciousness, over the last 10 years, that these remains were disappearing,” French Culture Ministry archaeologist Cyrille Billard said.

Indeed, thousands of German bunkers and other structures remain, and have even been incorporated into use by residents in their daily lives. Some may not even know what the structures are or how they were used. 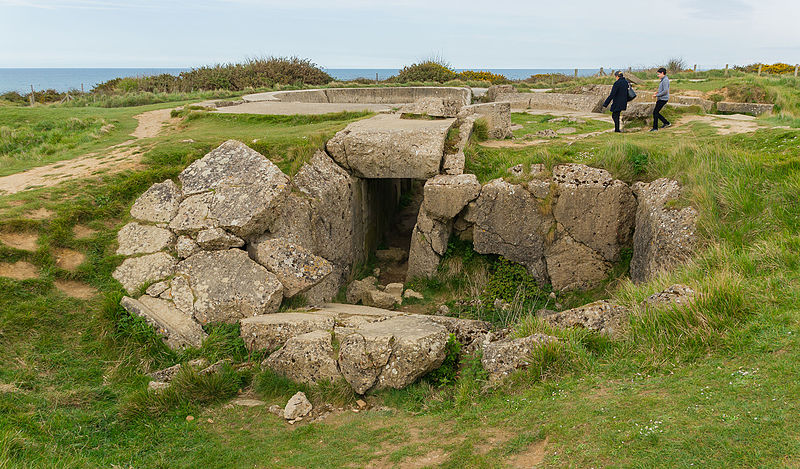 “We can make these bodies speak,” archaeologist Cyril Marcigny said. “There are no archives that can bring what we bring,” his colleague Vincent Carpentier chimed in. “We bring back things that have been completely forgotten. It’s up to us to do this work, which could be seen as more objective, less hero-making.”

And the work will likely go on long after that sad day in the near future when the last World War II veteran inevitably passes away. And that is precisely why this work is so important. The Normandy invasion is one of the world’s most important events in human history. Thousands of men died that day within hours. Many did not even make it onto the beach. Anyone who has ever seen the opening scene in Saving Private Ryan should know just how sacred Normandy is.

Life is going to move on, but we can’t let humanity forget what these men did that day either. Preservation is necessary, and that’s why France is employing so many researchers and archaeologists to go to the region and dig before new developments caused the history to vanish forever.

Every generation that came after the “Greatest Generation” owes it to them to make sure they are not forgotten. That not only means keeping the memorials and cemeteries in good condition, but making sure that structures, items, and other relics are found and preserved for new generations so they can also see and understand what these brave men did that fateful day when they were called upon to fight the greatest evil the world has ever seen.