Astronomer believes he may have solved the mystery behind the...

On August 15, 1977, at 23:16, the Big Ear radio telescope received a radio signal of unknown origin that lasted for exactly 72 seconds from the eastern part of the constellation Sagittarius, reaching an intensity 30 times the background noise.

The mysterious signal was named as the „WOW Signal!“ the only message ever received from Intelligent Alien beings from elsewhere in the universe. 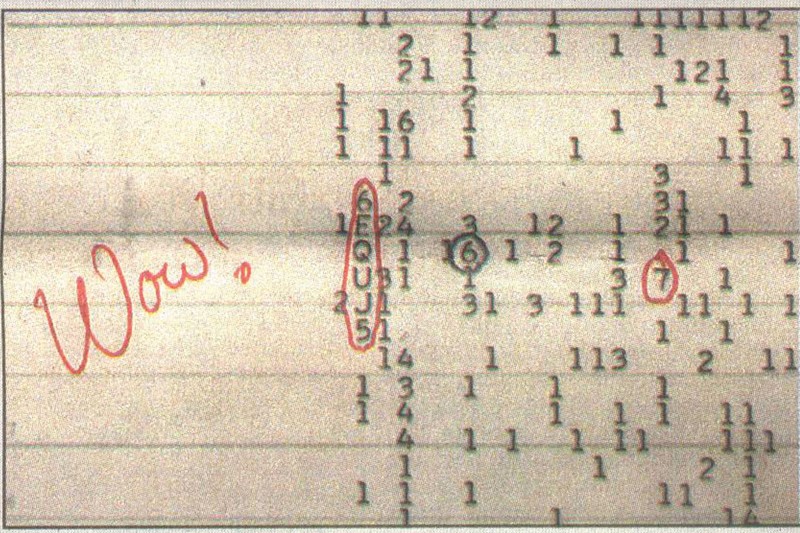 According to Antonio Paris, an astronomer at the St. Petersburg College in Florida, the “Wow signal!” Could have been generated by the passage of one or two comets, more precisely 266P / Christensen and P / 2008 Y2 (Gibbs).

While it might not seem likely, Paris argues that it is a known fact that comets release considerable amounts of hydrogen when they are located close to the sun. Ultraviolet rays disturb the comet’s surface, causing it to release a cloud of hydrogen that spreads like a tail for millions of miles. As the comets continue their journey into the inner parts of the solar system, ultraviolet rays can disturb the surface of the comet creating the hydrogen-based cloud that according to Paris could have been picked up by the Big Ear telescope, which eventually turned out to be as the WOW Signal!

According to writings by New Scientist:

If the comets were passing in front of the Big Ear in 1977, they would have generated an apparently short-lived signal, as the telescope (now dismantled) had a fixed field of view. Searching that same area – as subsequent radio telescopes did – wouldn’t show anything. Tracing the comets’ positions back in time, Paris says that the possible origin for the Wow! signal falls right between where they would have been.

Neither comet was known in 1977; they were both discovered in the last decade, which would mean nobody would have thought to search for them. The odds of any telescope catching them in the region of the Wow! signal by chance was vanishingly small.

However, other astronomers aren’t so convinced that the WOW Signal! Was caused by comets.

James Bauer from the Jet Propulsion Laboratory in Pasadena, California said: „If Comets were radio-bright at 21 centimeters, I would be puzzled as to why they aren’t observed more often at those wavelengths“.

Astronomers argue that one or two comets could not have released such a big amount of hydrogen in order to produce a signal as powerful as the one intercepted by the Big Ear Telescope.

Paris, on the other hand, produced a testable hypothesis. According to reports, Comet 266P/Christensen will be back in the solar system on January 27 while P/2008 Y2 (Gibbs) will return in January 2018. This will be an ideal opportunity for scientists to study the comet’s hydrogen signatures which will allow scientists to test out Paris’ theory.