Astronomers say ‘it’s hard to explain the existence our solar...

Astronomers say it is would become extremely difficult to explain the solar system without planet nine’s presence than with it. In other words, the mysterious alien world should be there, hiding from us at the outermost edges of our solar system.

Many astronomers believe that on the frozen outer edges of our Solar System, hidden in the dark, there is a gigantic alien world hiding from us. No one has ever seen it, but it is believed to be there since ‘something MASSIVE’ is stretching the orbits of distant bodies in the outermost edges of our solar system and even more, tilting the entire Solar System by a couple of degrees.

According to experts, the ‘hypothetical Planet Nine’ is said to have ten times the mass of Earth and orbits our sun at an extreme distance far, twenty times farther from the Sun than Neptune.

Although the signals of its possible presence do not go beyond those gravitational footprints, its main proponents now say that it is more difficult to imagine our planetary system without a ninth member than with one.

Astronomical ‘logic’ dictates our solar system must have a ninth planet, a ‘massive ninth planet’.

Planetary astrophysicist Konstantin Batygin and astronomer Mike Brown, both at the California Institute of Technology (Caltech) in Pasadena, published an article in The Astronomical Journal in 2016 that showed the best evidence so far of a distant new giant planet in the confines of the Solar System.

The announcement, in addition to sparking debate in the scientific community, had a major impact on the public at large, to the extent that NASA warned hours after it was only “an early prediction based on mathematical models constructed with ‘limited observations’. 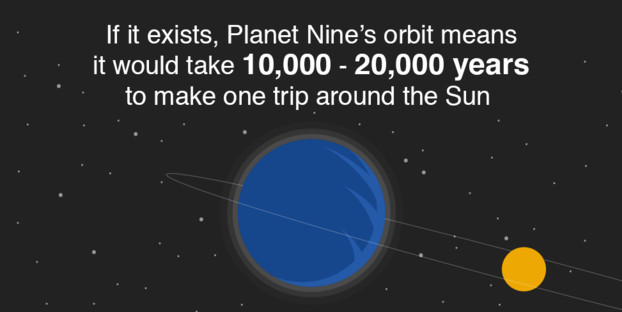 Almost two years later, the authors of the study are even more convinced of their theory.

“There are now five different lines of observational evidence pointing to the existence of Planet Nine,” says Batygin.

“If you remove this explanation and imagine that Planet Nine does not exist, then you generate more problems than you solve. Suddenly, you have five different puzzles, and you have to find five different theories to explain them. ”

Batygin and Brown, the discoverers of the dwarf planets Eris and Sedna, once described that six objects from the distant Kuiper Belt, a region of icy bodies stretching from Neptune to interstellar space, have elliptical orbits that point in the same direction.

That would be rare enough on its own, but it is also that these orbits also tilt in the same way, about 30 ° “down” compared to the plane in which the planets orbit the Sun.

In addition, computer simulations indicate that there should be more inclined objects with respect to the solar system’s plane.

In fact, the slope would be in the order of 90 degrees, as if the plane of the Solar System and these objects form an “X” when viewed from the edge.

Brown realized that five of those objects already known by astronomers are eligible.

A second article from the scientific team led this time by researcher Elizabeth Bailey, showed that planet Nine could have tilted the planets of our Solar System for the last 4.5 million years.

This would explain why the plane orbiting the planets is tilted about 6 degrees in comparison to the equator of the Sun.

“For long periods of time, Planet Nine will cause the entire Solar System to advance or falter,” says Batygin.

The last sign revealing the presence of Planet Nine involves Kuiper Belt objects orbiting in the opposite direction to all other celestial bodies in the Solar System.

The orbital influence of the mysterious world would explain why these bodies end up “polluting” the belt.

“No other model can explain the rarity of these high-tilt orbits,” notes Batygin.

“These objects have been brought out of the plane of the Solar System with the help of Planet Nine and then scattered in by Neptune.”

The remaining step is to find Planet Nine.

Batygin and Brown are using the Subaru Telescope at the Mauna Kea Observatory in Hawaii to try to spot it.

The instrument is the “best tool” for tracking dark and extremely distant objects lost in large strips of the sky, according to Batygin. 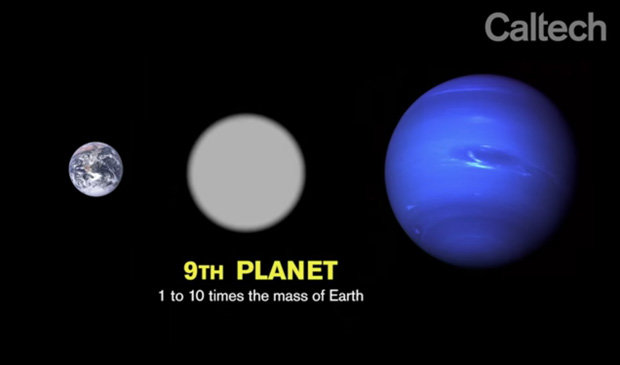 But even if we do find it, many questions will remain.

Where did that mysterious planet come from? Perhaps it is a fugitive from our own system or, perhaps, an errant planet captured by the gravity of the Sun.

Maybe we will only solve this mystery after we actually see it.

And if the planet actually reveals itself, it would be as if an older brother has returned home.

For the past 20 years, planet-scans around other stars in our galaxy have found that the most common types of alien worlds are the so-called Super-Earth’s, planets that are much larger than Earth, but smaller than Neptune.

However, these planets are clearly absent from our Solar System.

With about 10 times the mass of Earth, the proposed Nine Planet could be our solar system’s lost member.