Best UFO sighting of the Year? Mystery craft appears next... 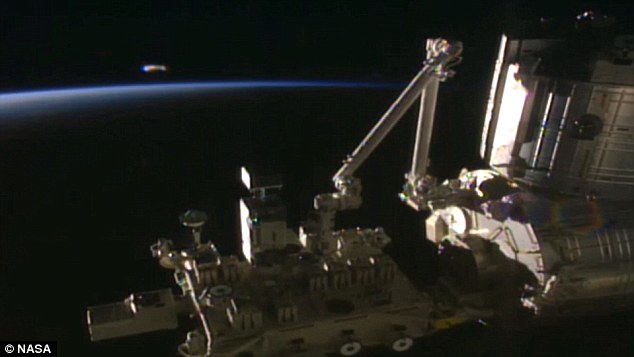 Is this the most incredible UFO sightings in space from this year? A UFO hunter has spotted a strange, glowing UFO, flanking the International Space Station as it orbits Earth. The enigmatic ‘bright’ craft appears moments before vanishing into space on NASA live Feed from the ISS.

The anomalous craft can be seen appearing in the distance as a glowing-blueish hue.

The mystery UFO was spotted by Jadon Beeson from Worcestershire, who described the enigmatic object as something from a movie like Close Encounters, the Third Kind’ or the Millennium Falcon.

This enigmatic UFO sighting is one of the many which have been reported in the last couple of years. Ever since NASA included Live Feed cameras on the International Space Station, each single day, millions of people carefully observe as the Station orbits our planet, and every once in a while, a mysterious object, unexplained and like anything we are used to, comes out of nowhere and approaches the Space Station.

‘I looked and realized there was a metal object above the earth. It had a blue glow to it, and it stayed there for about two minutes,’ explained Jason.

‘It was a metallic object; it looks like a Millennium Falcon from Star Wars or something from Close Encounters of the Third Kind.’

‘I thought it was all very strange,’ he added.

‘I took a picture of it and have contacted Nasa, but I’ve heard nothing back yet,’ he explained.

The object spotted by Beeson mysteriously resembles some previous objects that have been caught sneaking up on the International Space Station in the past. Strangely, every time a similar object like this appears, NASA’s life feed seems to malfunction, a scenario which has led many people to believe that UFO sightings are anything but uncommon in space and that the many reports of strange objects trailing the International Spac eStaion are in fact spacecraft belonging to otherworldly visitors. 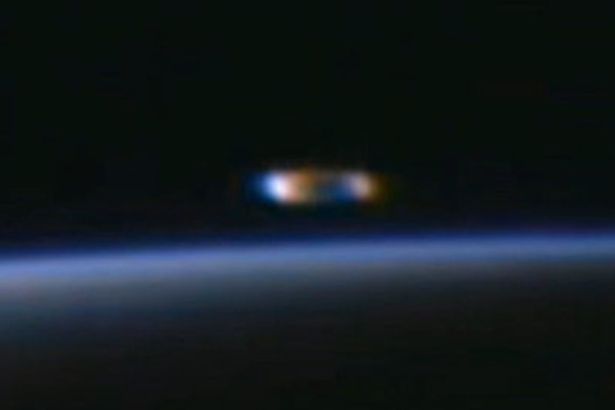 As technology evolves, objects orbiting our planet have increased drastically, as communications and research satellites populate Earth’s orbit as never before.

This fact, in combination with the exceptional live feed provided by NASA, has led to an increased number of reports of unidentified objects, making the UFO phenomena around the International Space Station a very common one.

Currently, in addition to the countless number of satellites orbiting our planet, the International Space Station, and the Chinese Tiagong Space Station are some of the most famous objects flying above our planet.

Scientists estimate that around 20,000 pieces of space debris are currently trapped in Earth’s orbit.

As for the mysterious object trailing the International Space Station, no one can say for certain what it is. While skeptics firmly believe that all ‘UFOs’ seen around the space station are most likely space debris or lens flares, UFO hunters do not agree and suggest there is plenty of evidence which points to the existence of strange, otherworldly spacecraft around our planet and the International Space Station.