According to reports, letters which have emerged apparently written by the ‘Family of Jesus Christ’ and those who were closest to Him in the years after Christ’s death reveal Jesus being a mortal man. The ancient texts clearly portray Jesus Christ as a human and recommend people to follow not Christ, but his teachings instead.

The notion that Jesus Christ had several younger siblings has become widely accepted in recent years.

According to James Tabor, a professor in the Department of Religious Studies at the University of North Carolina (USA), a series of letters written by Jesus’ brothers shortly after his death would prove that the Christian messiah was not divine as history tells us.

Tabor explains his particular interpretation of the life of Jesus Christ in the documentary “The Secret Family of Jesus.”

The scholar bases his hypothesis on the letters allegedly written by James (James) and Judas (not that one), two of Christ’s various biological brothers, in the first century AD, describing the Nazarene as a spiritual master, but making no reference whatsoever to His divinity. Neither does the ancient texts mention Jesus’ death on the cross, which is considered the fundamental pillar of the Christian faith.

Furthermore, the historian claims that Jesus Christ himself was concerned about the religious nature of his preaching.

A letter from his brother Judas shows how his disciples were tired of a divine origin being assigned a to the teacher.

“I think Judas really says do not listen to all those new things and fight hard for the original faith that was given to them,” explains the professor.

Furthermore, one of the earliest Christian books ever written –the Didache or the Teachings of the Twelve Apostles— believed to have been composed when Christ’s surviving family was alive during the first century AD, also portrays Jesus Christ as a human and recommends people to follow not Christ, but his teachings instead. 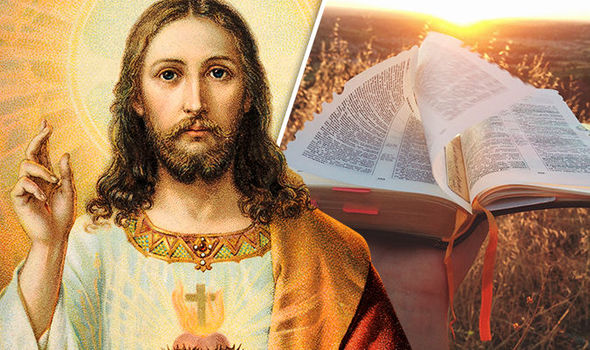 Interestingly, the Didache does not make reference to the Virgin giving Birth, the resurrection, and most significantly perhaps, Jesus as God, rather as his servant.

In addition, the ancient text also details early Communion where there is NOT detail whatsoever of bread and wine being the blood and body of Christ.

It is firmly believed that the early Christian church hid these books for centuries in order to push a different story of Christ.

However they apparently they missed one. In the Bible, a letter from Jude –one of Christ’s brothers— suggest that people who knew Jesus personally were growing tired of the followers who had jumped onto Christianity and were pushing the divine agenda.

The text written by Judas reads:

“These are grumblers, malcontents, following their own sinful desires. They are loud mouth boasters flattering people to gain advantage.”

Mr. Tabor concluded: “[Jude is] getting very worried and he’s telling the little group that will still listen to him – I think in effect he’s saying ‘don’t listen to all these new things that are coming along. You fight hard for that original faith that was delivered to us’.”

More than two millennia after His passage through history, the truth behind Jesus Christ and his life, continues to generate controversy among the specialists.