Cosmic Buddha: Technology reveals the secrets of an ancient Chinese... 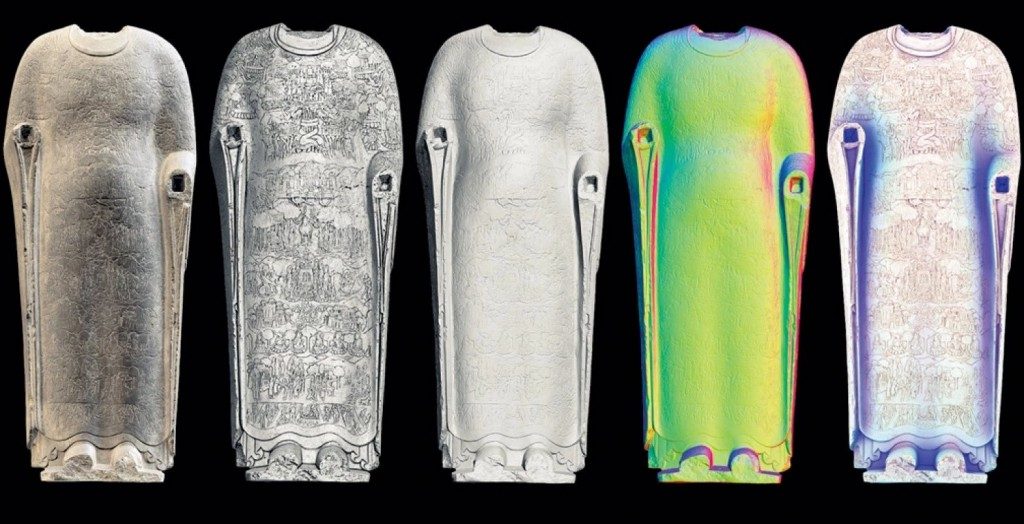 Now, 3D scans have revealed amazing artwork engraved on the statue of a Buddhist monk of the sixth century. The engravings, almost indistinguishable to the naked eye, described life stories and teachings of Buddha. The statue of Buddha Vairochana (Pilushena), known as the “Cosmic Buddha,” was originally retrieved in the Chinese province of Henan, and comes from the Northern Qi Dynasty (550 AD – 577 AD), a period of great artistic transformations and religious expressions.

The so-called ‘Cosmic Buddha’ is a life-sized limestone rendering of an ancient monk, the numerous drawings on the limestone statue have puzzled researchers and historians for years. In previous years, experts tried to decipher the numerous illustrations on the statue by making rubbings of the sculptures surface with ink on paper, but this technique proved to be dangerous for the statue since ink stains were left behind on the surface of the ancient stature. This is why researchers looked for alternative methods in order to decipher its secrets.

“The decoration on the front and back of this figure’s monastic robe features scenes of the life of the historical Buddha and cosmic imagery. On the front chest of the robe, Mount Sumeru, a sacred Buddhist mountain believed to connect heaven and earth, is depicted with two snakes, or naga, entwined around it,” the museum said. 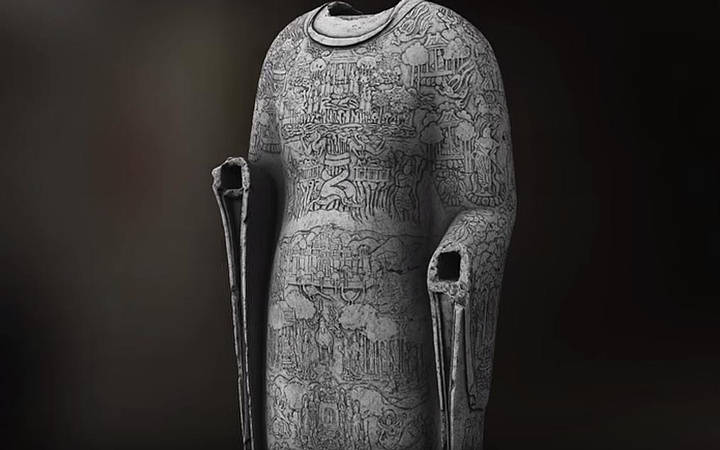 “Scenes below illustrate the historical Buddha as a prince before his enlightenment. The tortures of hell appear above the hem,” it added.

The headless statue was created in China during the reign of Northern Qi dynasty (550-577AD) when Chinese Buddhist art was going through numerous transformations, and example we can observe in this ancient statue.

The surface of the limestone statue is covered with incredible intricate carvings that are nearly impossible to distinguish with the naked eye. However, technology has proven to be of great help since 3-D scans can see that the naked eye cannot.

“What make this sixth-century Chinese object exceptional are the detailed narrative scenes that cover its surface. The narrative scenes are spiritual emanations rising from the Buddha himself and illustrate fundamental Buddhist teachings,” he said.

According to Museum curator Keith Wilson, it is believed that the scene is seen on the sculpture were originally painted when the statue was created, as researchers have identified slight traces of pigments on the surface of the statue. Experts believe that this ancient statue might have been created to serve as a teaching sculpture, and was probably placed in a monastery, where a narrator commented and instructed teachings of Buddhism.