David Huggins Says He Has Sex With Aliens — And...

Most millennials have fond memories of being taught painting by PBS’s Bob Ross, a genial man with a smooth voice and a steady paintbrush, who always taught viewers to believe in themselves. Ross once said,  “I can’t think of anything more rewarding than being able to express yourself to others through painting.” David Huggins, a man who paints the sex he allegedly has with aliens, seems to have taken that maxim to heart. (examples below the article)

Huggins claims to have lost his virginity to, as he puts it, “a female extraterrestrial” when he was 17 years old. A documentary called Love and Saucers profiled Huggins and he says that it wasn’t the first time he had met extraterrestrials.

Starting as early as 1952, when Huggins was eight years old, he claims that extraterrestrials appeared to him, and that these visits (which later included sex) continued well into adulthood. Though Huggins never elaborates too much on these encounters, he does paint them, which his friends and family (who all believe him) say was good for him. According to Abrahams, the film’s director, painting these alleged encounters served as a cathartic relief for Huggins and allowed him to express himself. The paintings include things like a picture of bug-eyed aliens in blue jumpsuits surrounding a small boy in a field, a fully nude female body with an alien’s head, the original sexual encounter and many more.

Another thing that struck Huggins’s interviewer was the mild-mannered with which he described his fantastical allegations.

“Huggins is unnervingly matter-of-fact when he talks about his encounters … [he] doesn’t care if anyone believes him. When Huggins talks about fathering hundreds of alien babies—and yes, that’s another facet of his encounters—he sounds about as even-keeled as a farmer explaining crop rotations.”

One main flaw in Huggins’ story is that he was visited by a “female extraterrestrial.” He doesn’t elaborate on this, but it is a dubious proposition that an alien might have such similar anatomy to a human or Earth-based organism that Huggins could immediately identify it as a female or male. Another flaw is non-corroboration. Though his friends and family believe him, none have ever witnessed an alien encounter with Huggins. It seems unreasonable to assume that aliens 1) Care about hiding themselves and 2) Only arrive at exact moments when Huggins is alone and unable to have another human being present for verification.

However, this doesn’t necessarily throw cold water on Huggin’s calm and cool demeanor when describing stories that others write off as lunacy. Kevin Knuth, of the University of Albany, claims that there is enough evidence on aliens to open a study, but that the topic’s taboo nature prevents that from happening:

“Essentially, we are told that the topic is nonsense. UFOs are off-limits to serious scientific study and rational discussion, which unfortunately leaves the topic in the domain of fringe and pseudoscientists, many of whom litter the field with conspiracy theories and wild speculation …”

Knuth is basically arguing that UFOs and aliens, without the rigor of scientific study, becomes a Wild West of sorts, with conspiracy theories ranging from credible yet unproven to pure fantasy. It’s unclear how seriously Knuth would take Huggins’s claims, but the idea is that alien encounters should be dismissed based on scientific principles, not simply because, in the minds of many, they are unlikely.

Some point out the similarity between alien encounter stories like Huggins’ and stories like angels arriving in secret to speak to Mary, or to save Lot from the destruction of Sodom and Gomorrah. While numerous world religions are littered with stories that are framed as truth, individuals coming forth with stories of extraterrestrials are seen as fringe.

Without asking questions, it’s impossible to get to the bottom of Huggins’ truth, but he doesn’t seem all that bothered by it. According to Abrahams, Huggins doesn’t make these claims or paintings for attention, fame, or for anyone to believe him. And until the tables turn and more people begin asking questions about alien encounters, it seems likely that Huggins is going to continue doing what he’s doing — painting sex with aliens.

Below are some examples of the art that Huggins creates: 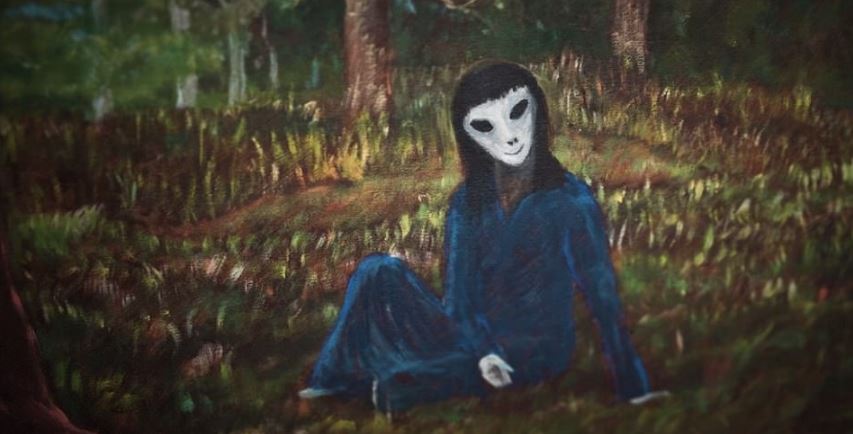 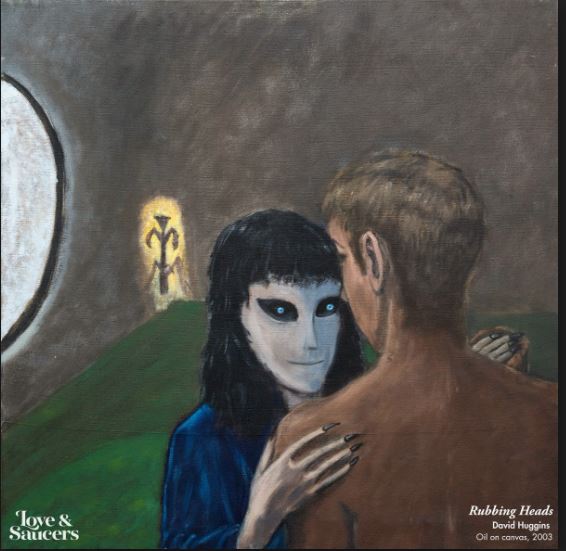 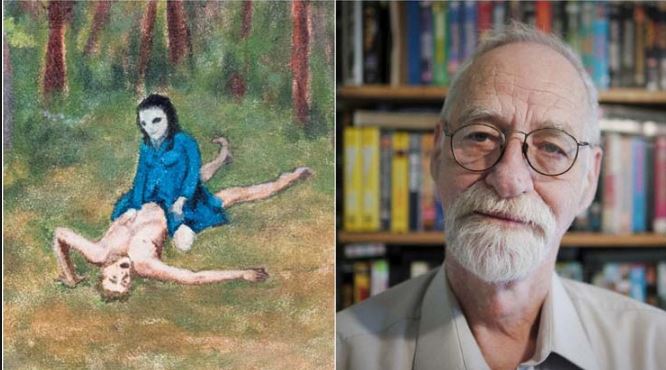