Declassified Papers Reveal Project A119: US Nuclear Tests On The...

According to declassified documents related to the Apollo 11 mission, the US Government had a lot of plans of the moon, and some of them were not as scientific as we believed.

According to documents, the US government intended to use the Moon as a center for space espionage and as a test range for nuclear weapons. During the cold war, it was of extreme importance to demonstrate military might, and what’s better than to show off our nukes on the moon? Right?

No one knew about Project A119 as it was secret up until the mid-1990s, when writer Keay Davidson, who was writing a biography on Carl Segan discovered Intel about this secret operation on the moon.

People worldwide were introduced to Project A119 aka “A Study of Lunar Research Flights” thanks to the access to declassified documents about ‘Project A119’, which was run by the United States Air Force. The purpose of Project A119 was the militarization of the Moon during the Cold War.

By 1959, Italian physicist Leonard Reiffel, who specialized in nuclear physics and his colleague Enrico Fermi were invited to participate in the ‘Project A119’ by the United States government. By then, both the Nevada sky and New Mexico soil were already shaken on a weekly basis by nuclear explosions in the atmosphere.

Thankfully the tests on the moon were “never” performed because of the signing of the Partial Nuclear Test Ban Treaty in 1963 and the Outer Space Treaty in 1967. These treaties prevented future exploration of the concept of detonating nuclear devices on Earths moon.

We have to remember that NASA’s Lunar Crater Observation and Sensing Satellite (LCROSS) mission was launched in 2009 and with it, we saw the release of the “Centaur” kinetic energy impactor, something that many today consider as a nuclear weapon that was unleashed on the surface of the moon. 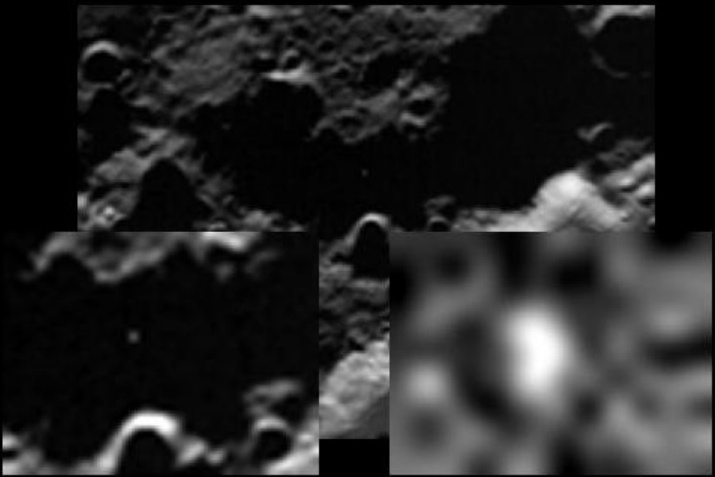 Some ufologists even believe that the Centaur wasn’t that scientific as NASA suggested, but it had a very different purpose.

At the age of 90, just before dying, Reiffel confessed that he warned Pentagon officials on the technological inability to send loaded nuclear weapons aboard a spacecraft to the Moon in 1959. However, the plan proved to be far too attractive to the military, which continued with their purpose.

It was a global project to monitor the Earth from the Moon. The project involved the installation of stations, moon bases, telemetry and observation centers controlled by permanent staff who would have been taken to the moon in space shuttles.

Technological advancements were at its peak, and the US government were in a hurry to display their military and scientific might. Taking nuclear devices to the moon and detonating them would have been the ultimate demonstration of the power of a nation such as the US.

Even though the Moon received 12 US astronauts between 1969 and 1972, plans for militarization ended resigned to the development of satellites currently flying in orbit around the moon.

The Real reason behind why we have not been to the moon since the Apollo missions might actually be connected to Project A119, or, at least, that is what ufologists believe, and it might actually be, that they were right from the beginning.