Discoverer of the Bosnian Pyramids: I have found Tesla’s ‘Torsion... 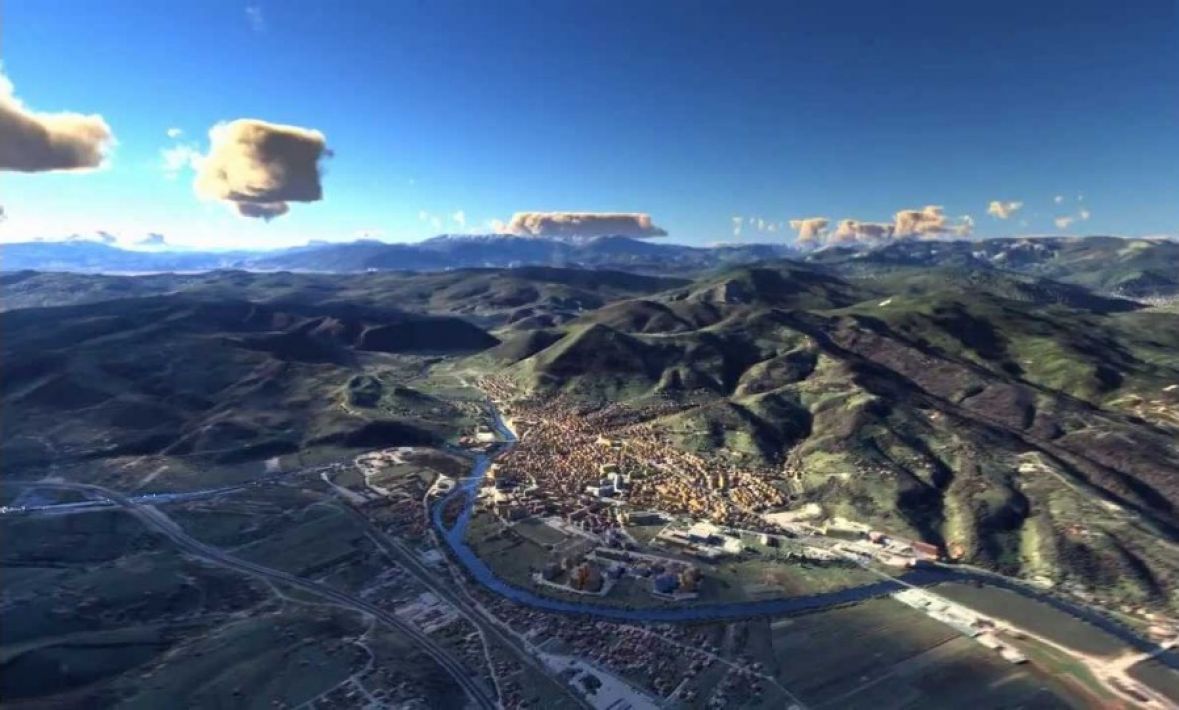 Dr. Semir Osmanagić, the discoverer of the Bosnian Pyramids explains he has made another fascinating discovery which not only changes the history of the European Continent, but that of the entire planet. The discovery of Tesla’s standing waves at the top of the Bosnian Pyramid of the Sun—which are believed to travel faster than the speed of light, while not losing strength as they pass through cosmic bodies—prove the existence of something referred to as a cosmic web or cosmic internet which allow for a immediate intergalactic communication throughout the universe, writes Dr. Osmanagić.

Recorded energetic phenomena above the Pyramid of the Sun at Visoko seek a different definition of a pyramid compared to conventional, dogmatic explanations. The pyramids are energy boosters that send and receive information through the sun.

The discovery of Tesla’s standing waves at the top of the Bosnian Pyramid of the Sun—which are believed to travel faster than the speed of light, while not losing strength as they pass through cosmic bodies—prove the existence of something referred to as a cosmic web or cosmic internet which allow for a immediate intergalactic communication throughout the universe, writes Dr. Osmanagić.

For many other researchers, among which the most prominent is Nikola Tesla, scalar waves, or standing waves, created in torsion field interaction are travelling at faster speeds than the light. It’s estimated to be 10 billion times faster speed than the light’s. Thereby, the torsion fields can move through any other cosmic body (planets, suns) without wasting energy. This means they are able to travel at great velocity, transfer information/energy, and that there’s no loss of the quality and the quantity of the information. (Source)

Ideally is to have at the both ends two producers (generators) of the energy which are mutually communicating through Tesla’s Torsion Fields (Waves). The information transfer is almost instant between two distant parts of the Cosmos, and the information doesn’t lose on its quality during the transfer. (Source)

The pyramid is the most powerful of all geometric shapes in terms of the energies. If located over the potent energy spot the pyramid becomes the energy amplifier. Under the Bosnian Pyramid of the Sun, there are iron plates (generating electromagnetic field), underground water flow (releasing negative ions), and the second one, deeper underground water flow, creates the electricity together with the one from the above. Also, we find the natural magnetism, Orgone energy.

These energy phenomena can be measured with our scientific instruments.

But, how can we measure the energy phenomena for which we haven’t yet developed the scientific instruments?

On the surface of the Bosnian Pyramid of the Sun, during archaeological excavations, we have found plenty of quartz crystals. The crystal is present in the underground tunnels as well, and probably below the pyramid.

It is known that quartz crystal receives and then amplifies energy. Cavities or underground tunnels can enhance energy.

The spiral arrangement of seven levels of tunnels inside the pyramids leads to the acceleration of energy movement and amplifies their intensity. Finnish researcher Mika Virpiranta found that 26 volcanic lines lead towards the Bosnian Pyramid of the Sun.

Furthermore, if the pyramid is located at the line that connects the two volcanoes then the structure lies on a volcanic line.

In the case of the Bosnian pyramids, as many as 15 of the 26 lines have three, four or five volcanoes in positioned in the same line.

This factor again shows the importance of the location of the pyramids in Visoko, because volcanoes are energy sources: lava, iron, crystals, and minerals writes Dr. Osmanagić.

In addition, if we observe the precise positions of the series of pyramids in Visoko (equilateral triangle between the Pyramid of the Sun, Moon, and Dragon, another triangle between Pyramid of Love, Earth and that of the Fojnica structure) and observe elements of sacred geometry (“Flower of Life, Fibonacci formula), we notice that the entire area was designed to create a very powerful energy complex that we refer to as the Bosnian valley of the pyramids.

The original boundaries is something we probably will never know.

Furthermore, the energy flow used to be much more intense, stronger in the past. Our planet was once stronger and healthier, sometime during the end of the last Ice Age, around 12,000 years ago.

“Some fifteen years ago, I wrote about the role of the ancient Maya as “cosmic timekeepers” in books and about civilization whose aim was to harmonize the frequency of our planet with that of the Sun. At that time my hypothesis was taken by the editors of Wikipedia and used as “an argument to discredit me”.—Dr. Osmanagić.

My research and arguments that the Pyramids were built worldwide, and that the oldest pyramids are also the most superior ones, has led to situations where Egyptologists have created a wall of hostility towards me.

My assertion that the Bosnian Pyramid of the Sun is the oldest pyramid in the world brought about a reaction of the most influential Egyptologist on the planet—Zahi Hawass, who has done much in order to restrict access to the world’s leading scientific TV channels.

Our evidence which points that the oldest and concrete of the highest quality on Earth can be found at the Pyramid of the Sun, and the existence of the largest networks of prehistoric tunnels has resulted in written petitions being sent to the European Archaeological Association against our research.

However, time and scientific arguments confirm that we were right and they are wrong, writes Dr. Osmanagić.

But not only are history books wrong, we are being taught wrong, or rather, programmed wrong, in all basic areas of knowledge.

Dr. Osmanagić argues that physicists, astronomers, and geologists insist that the universe was created as a result of the Big Bang and that today the universe is rapidly expanding.

Biologists continue to support Darwinism and say that life arose from inorganic matter, that evolution causes the development of living species and that man is descended from the apes.

They are wrong, indicates Dr. Osmanagić.

Life originated thanks to an intervention on our planet, species on Earth change in the long term through experiments where evolution plays a minor role, and homo sapiens is the result of genetic engineering.

And, of course, we are not the first nor the most advanced civilization in the history of the planet.

Exclusive: Discovery of Tesla’s Torsion fields above the Bosnian Pyramids