“New models suggest that during a period of climatic upheaval, the descendants of the hunter-gatherers who survived through the Last Glacial Maximum were replaced by a population from another source” 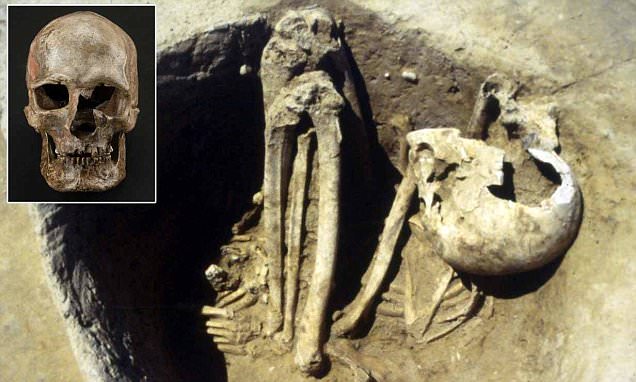 According to a new research, there is a completely unknown chapter in the history of our species. In Europe, roughly 15,000 years ago, DNA tests who that hunter-gatherers were replaced by a mystery group of people after the Ice Age.

According to experts, nearly 15,000 years ago, Europe’s population changed drastically in ways that scholars have never seen before Experts analysed mitochondrial DNA from ancient teeth and bones, identifying a marked change in the DNA of the population roughly 15,000 years ago. The unique markers (M-Haplotype) were seen disappearing from Europe.

This major change in the genetic makeup of people in the region mysteriously came at the same time as a major climatic shift, that altered our planet forever.

According to reports, this discovery is so unprecedented that experts refer to it as an ‘unknown chapter in the human history’ when hunter-gatherer groups were replaced by a mysterious population marking the beginning of a new history.

Reports also indicate that during that time, non-African humans moved east, travelling towards Asia and Australasia before the great ice sheets receded across Europe.

The study, which is referred to as unprecedented was carried out by researchers at the Max Planck Institute for the Science of Human History in Germany.

Researchers were able to trace the maternal lines using fragments extracted from ancient remains that go back over 30,000 years. This allowed researchers top reconstruct the DNA of people that inhabited parts of Europe sometime between 35,000 years ago and as recent as 7,000 years ago. Scientists found out that specific genetic markers present in the population suddenly banished at the end of the ice age, a historic period were many ‘great changes’ occurred that eventually shaped the human species in a very specific way.

Interestingly, researchers report that particular fragments of DNA were used to reconstruct mitochondrial DNA of individuals from different parts of Europe, including Italy, Germany, Belgium, France, the Czech Republic, and Romania during the period. Scientists state that three of the earliest individuals who inhabited parts of modern day France and Belgium during the last ice age were found to have a specific and unique set of identifiable genetic markers or haplotype. Researchers note that by the time the ice sheets had melted in Europe, the mysterious markers had disappeared from the European population.

According to scientists, DNA studies showed that Europeans who lived after the last Ice Age lack the haplotype seen in older Europeans.

‘We uncovered a completely unknown chapter of human history: a major population turnover in Europe at the end of the last Ice Age,’ explained lead author Professor Johannes Krause.

‘There has been a real lack of genetic data from this time period, so consequently, we knew very little about the population structure or dynamics of the first modern humans in Europe,’ said Krause.

‘Our model suggests that during this period of climatic upheaval, the descendants of the hunter-gatherers who survived through the Last Glacial Maximum were largely replaced by a population from another source,” explained Adam Powell, another senior author.
In the study, researchers add: ‘In European hunter-gatherers, our model explains this period of upheaval as a replacement of the population by another source.

‘Although the exact origin for this later population is unknown, the inferred demographic history suggests that it descended from another, separate [isolated population.]