Does the Great Sphinx Of Giza Offer Evidence of Pre-Flood...

The Great Sphinx of Egypt could be one of the best examples that prove a pre-flood civilization inhabited the Nile River much before the Ancient Egyptian Civilization and according to a recent study, its controversial age of 800,000 years is the ultimate evidence.

If these advanced civilizations did, in fact, exist in the distant past, many people argue that they must have left behind evidence of their existence. This is precisely where many people claim, the Great Sphinx of Giza comes into play.

The enigmatic monument has baffled researchers from around the world ever since its discovery. No one has been able to explain what the Great Sphinx represents, who built it and what its purpose is since there are no written records or mentions in the past about it.

Interestingly, Gaston Maspero, a French Egyptologist known for popularizing the term “Sea Peoples” in an 1881 paper, wrote in the book the Dawn of Civilization “… the Sphinx could have existed since the days of the” followers of Horus,” a race of predynastic and semi-divine beings, which, according to beliefs of the ancient Egyptians had ruled thousands of years before the Pharaohs of Egypt.” (source) 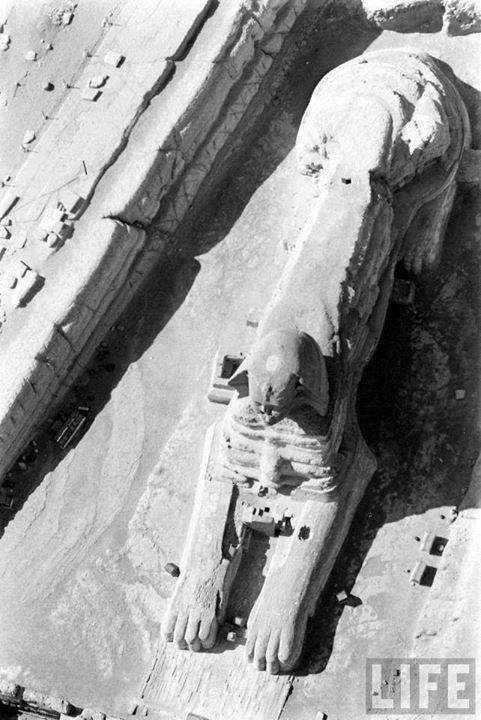 This would mean that this enigmatic monument could well predate the Ancient Egyptian Civilization as we know it.

However, one of the most incredible developments in recent years is a study presented at the International Conference of Geoarchaeology and Archaeomineralogy held in Sofia titled: GEOLOGICAL ASPECT OF THE PROBLEM OF DATING THE GREAT EGYPTIAN SPHINX CONSTRUCTION.

According to the authors of the paper, arguments based upon geological studies suggest the enigmatic monument predates everything we know about Ancient Egypt and history.

Manichev Vyacheslav I. and Alexander G. Parkhomenko focus on the deteriorated aspect of the body of the Sphinx, leaving aside the erosive features where the Sphinx is located, which had been studied previously by other authors and researchers.

Manichev and Parkhomenko firmly believe that the Sphinx had to be submerged for a long time underwater and to support this hypothesis, they point towards existing literature of geological studies of the Giza Plateau.

The study indicates that the Sphinx of Egypt is around 800,000 years old.

This fact raises more question than answers and proves we have very little knowledge about our actual history which has shown to be far more mysterious and surprising than what mainstream scholars suggested. However, this also provides enough data to theorize that pre-flood civilizations could have well existed in the distant past before the rise of ancient civilizations like the Olmecs, Maya, Aztecs, Inca, and Ancient Egyptians.

The above-mentioned study raises numerous other questions in regards to our history. Are we looking at evidence that points to the existence of an unknown civilization in history? Is it possible that an advanced ancient civilization inhabited the Giza Plateau in the distant past before the ‘creation’ of the ancient Egyptian civilization? And if this culture did develop on the shores of today’s River Nile… Is it possible that other advanced civilizations developed elsewhere on our planet hundreds of thousands of years ago?