Is this Evidence Of Extensive Vegetation And Lakes On The...

According to a set of images from Mars, there is an extensive area with vegetation and lakes covering the surface of the ‘Red Planet’. It seems that after all, Mars isn’t as red as we once believed. 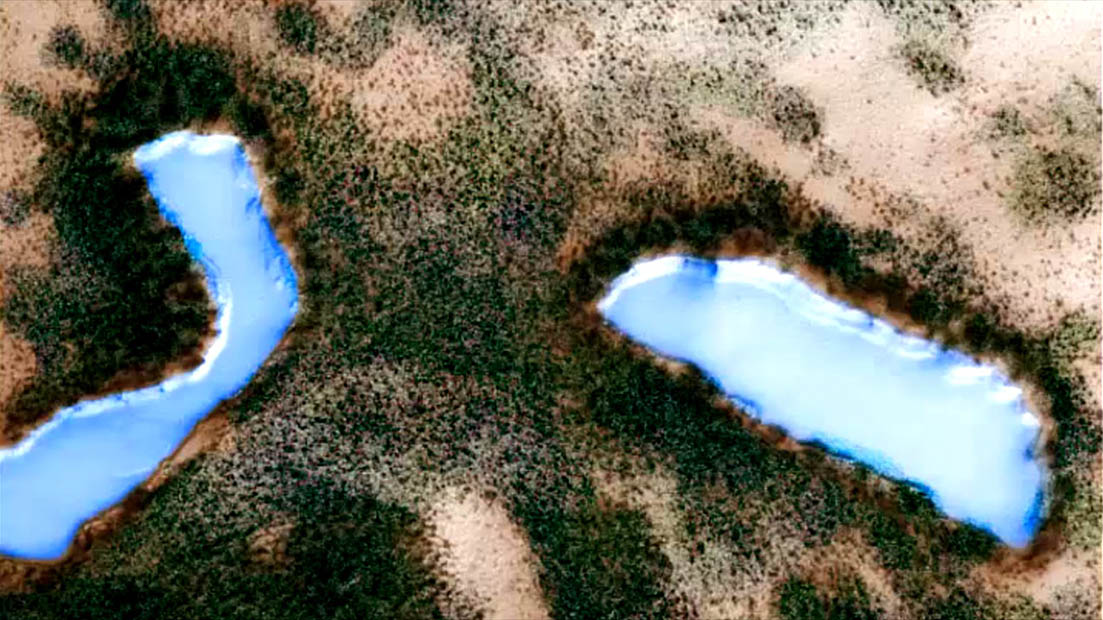 Is it possible that this is one of the main reasons why NASA has posted black/white and reddish colored images of Mars is because they are trying to hide the fact Mars is more similar to Earth than we had ever imagined?

Images were taken by NASA’s Mars Global Surveyor Probe display fascinating images that eerily look like extensive areas with lakes, and vegetation on the surface of Mars.

Yet, for a reason unknown to us, mission specialists from different NASA missions have seemingly altered the real color of Mars in order to display a totally different portrait of Mars than what is there in reality.

The series of fascinating images beamed back from the surface of the ‘red planet’ what anomaly hunters are calling the ultimate proof of lakes and ‘alien’ vegetation on the surface of Mars.

Even though NASA has made official statements saying there are ‘small traces of liquid water’ on the red planet, anomaly hunters argue that water on Mars is far more abundant than what the space agency is willing to admit.

Interestingly, the fact that there could be a huge amount of liquid water on the surface of Mars at the moment is backed up by recent studies which show Mars is, in fact, more similar to Earth than we ever imagined.

In the past, it was extremely easy to consider Mars as an inhospitable planet not suitable for life as we know it, and that was generally the case – until NASA’s numerous research probes started picking up traces of a number of elements that contradict previous statements by NASA and researchers about the red planet.

Currently, there is a VAST amount of evidence that backs up numerous ‘controversial’ theories which suggest Mars was inhabited in the distant past.

Not only are the images presented in this article extremely interesting and provoke a different approach to Mars, — there are numerous alleged ‘artificial structures’ have been discovered on Mars in the hundreds of images beamed back from the red planet— scientific discoveries made in the last couple of months indicate Mars was just like Earth in the distant past.

The possibility that intelligent beings inhabited Mars is stronger than ever, and if you think about it… they might have existed millions of years ago. In fact, a number of researchers believe Mars once home to advanced alien cultures.

If Mars had an atmosphere similar to Earth in the past, if it had liquid water flowing through rivers, lakes, and oceans… it’s only logical to suggest that the planet could have been inhabited, if it was inhabited there is the possibility that intelligent life developed, and if intelligent life did develop on Mars, then the possibility that these structures are evidence of that is a strong case in the debate between Ufologists and skeptics.

However, not everyone needs physical proof of ‘alien life’. One of the most important and influential quotes about alien life and the UFO phenomenon comes from Dr. Brian O’Leary, Former NASA Astronaut, and Princeton Physics Professor, who said: “There is abundant evidence that we are being contacted, that civilizations have been contacting us for a very long time.”

The images were made available through Mundo Desconocido by Jose Luis Camacho.