For the first time ever, Scientists spot Quantum distortion in... 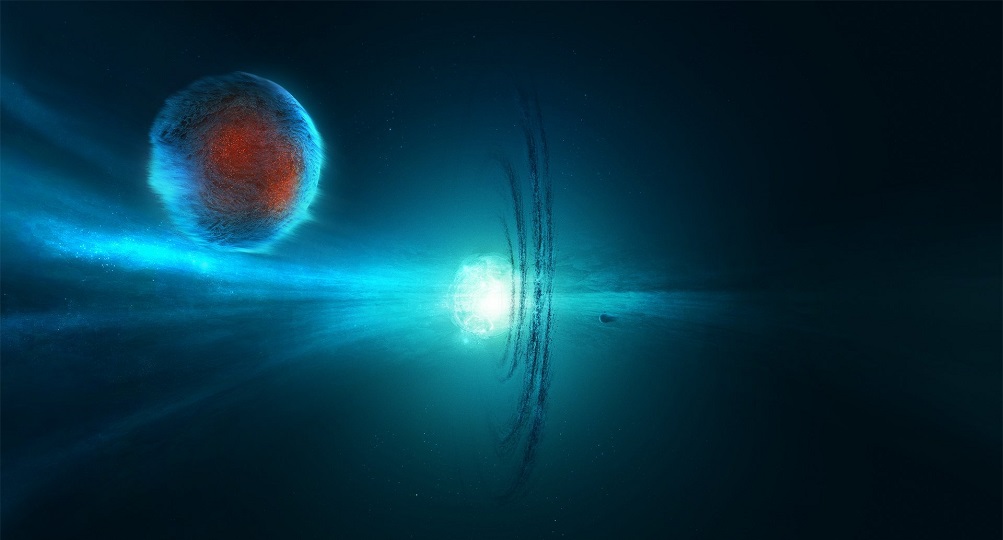 Scientists have come across signs of weird quantum distortion –which was predicted some 80 years ago— for the first time in history in space. As it turns out, astronomers spotted evidence of a quantum effect discovered in the 1930s, in the light of a neutron star.

A theory first proposed in 1936 –caled vacuum birefringence— has been spotted in space. The theory suggests extreme magnetic fields can cause light to become polarized. Evidence of this has been found for the first time ever. Scientists suggest that within the next decade, this property could be used in the measurement of the size and gravity of neutron stars with the aid of next generation telescopes.

Furthermore, the theory indicates that a magnetic field will cause empty space to behave like a prism, making light polarized when it passes through.

Thi is how astronomers studying the light from a distant neutron star have managed to catch a glimpse of this polarization for the firs time ever.

Using the Very Large Telescope array, experts from INAF Milan and the University of Zielona Gora in Poland observed the distant star.

Experts indicate that the observed neutron star was created from a massive energetic explosion of a star, ten times the mass of our sun, known as a supernova.

Neutron stars are very dense. In fact, one teaspoon of the star’s material is 900 times heavier than the Great Pyramid fo Giza in Egypt.

The stars are also surrounded by massive magnetic fields, which are BILLIONS of times stronger that that of our sun.

It is precisely this incredibly strong magnetic field around the neutron star which allowed experts to observe the so-called  ‘vacuum birefringence’ phenomenon for the first time.

‘The problem is that the effect is predicted in presence of magnetic fields billion of times stronger that our sun’s, that cannot be reproduced on Earth but are found around stars like neutron stars.’

“It’s really cool,” says Nir Shaviv, an astrophysicist at the Hebrew University of Jerusalem, who predicted the astrophysical effect in 2000 but was not involved in the current work. “This is a macroscopic manifestation of quantum field,” adds Jeremy Heyl, an astrophysicist at the University of British Columbia in Vancouver, Canada, who, along with Shaviv, made the prediction. “It’s manifest on the scale of a neutron star.”

Quantum electrodynamics (QED) – a theory that describes the interaction that occurs between photons and charged particles such as electrons – predicts that space is composed of ‘virtual’ particles that appeared and disappear all the time.

The theory was formulated 100 years ago when Werner Heisenberg and Hans Heinrich Euler predicted the effect of vacuum birefringence.

The theory suggests that magnetic fields may become so powerful that they can alter the properties of empty space around a star.