Government Chief of Emergency Measures Death Bed Confession: ‘I was...

Yet another former government official has made confessions about Aliens and UFOs. In the last couple of years, countless highly ranked officials have come forward with information detailing alien visitations and extraterrestrial spacecraft.

A newly surfaced report states that the former government emergency expert described, in great detail, the interior of an alien flying saucer inside the Top Secret Area 51 Military Base in the United States.

According to Paul Hellyer, the former Canadian Minister of Defense and former Canadian Chief of Emergency Measures released ASTONISHING details of alien crafts before his death.

Mr. Hellyer, who is 92, revealed the details to a panel of the world’s most prestigious UFO investigators.

During a speech at the “Hearing on ET Disclosure” in Brantford, Ontario, Canada, Mr. Hellyer said that if HE wanted to find out more about the workings of an Alien Space Craft he would ask the ‘current chief of emergency measures.’

Not long ago, Paul Hellyer –who was the Canadian Minister of National Defense in the 1960’s during the cold war— said in an interview that “AT LEAST 4 KNOWN ALIEN SPECIES HAVE BEEN VISITING EARTH FOR THOUSANDS OF YEARS.”

Paul Hellyer is the highest ranking person among any of the G8 countries to speak openly about UFOs and extraterrestrials. 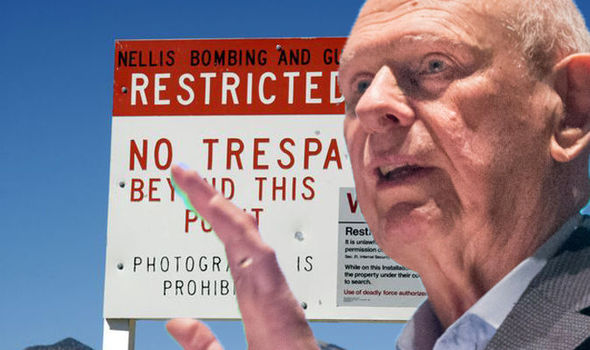 “Decades ago, visitors from other planets warned us about the direction we were heading and offered to help. Instead, some of us interpreted their visits as a threat and decided to shoot first and ask questions after. It is ironic that the US should be fighting monstrously expensive wars, allegedly to bring democracy to those countries, when it itself can no longer claim to be called a democracy when trillions, and I mean thousands of billions of dollars have been spent on black projects which both Congress and the commander in chief have been kept deliberately in the dark.” – Paul Hellyer

Mr. Hellyer claims to have seen proof of Alien visitations while in office said that: “The reason I know is I interviewed the previous one (Chief of Emergency Measures), who is now deceased, and he went Langley and the CIA asked if he would like to see one of these crafts.

“They flew him to Area 51 and let him go inside one and observe it and make notes and this sort of thing.”

For years numerous conspiracy theories have revolved around Area 51 which was only confirmed to exist by the government in 2013.

Mr. Hellyer added: “I guess, presumably, it was to be in a better position to cope with it if one crashed here and he was involved in trying to do something positive about it.

“But before he was allowed to go, he had to sign an oath of secrecy and not tell anyone, and during his life, he didn’t tell anyone including his wife. An Air Force buddy phoned me, and he (the former Minister of Defense and Chief of Emergency Measures) was dying of Lou Gehrig’s disease and at that point, he felt he should tell someone.

“I phoned him, and he gave me a full report of what he saw and the whole idea of the inside of the craft and this sort of thing, and the fact he had been in a brief and many things, but now he felt he could tell somebody, and he thought that I would be a good one to tell.”