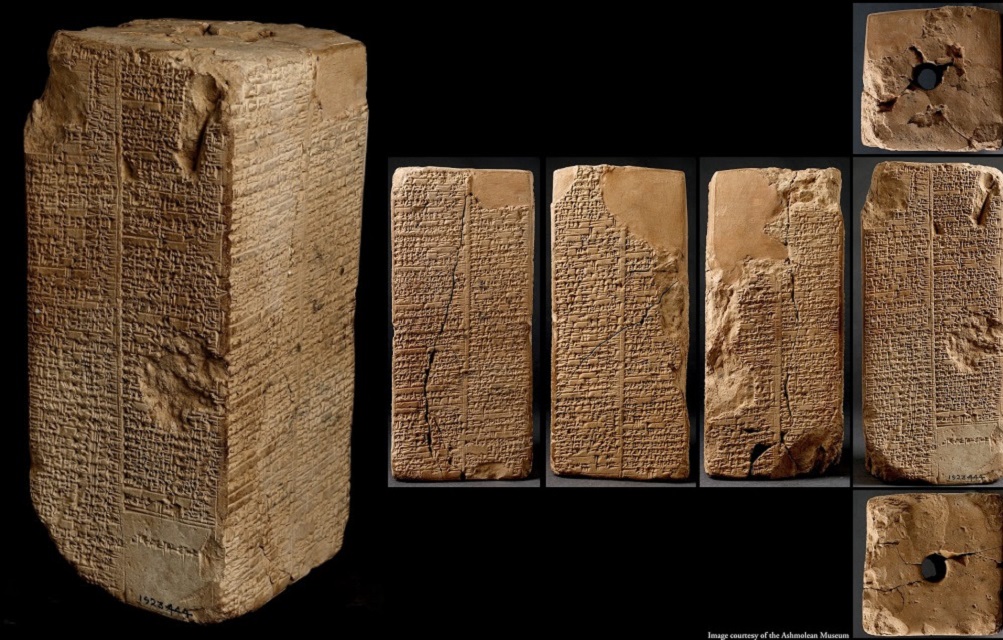 If we take a look at the Sumerian King list, we will find fascinating details that contradict everything we have been told about our history. This ancient text describes a time on Earth when Gods ruled humankind for tens of thousands of years. It explicitly says that before the Great Flood swept across Earth, eight ancient kings lived on Earth and ruled for a total period of 241,200 years. Today, this historical fact is dismissed as mythology.

Many of us will agree that the most puzzling detail about the Sumerian King list is that it describes EIGHT kings who ruled over planet Earth for a total period of 241,200 years after the ORIGINAL kingship ‘descended from heaven’ lasting all the way until the ‘Great Flood’ which swept over mankind and once more “the kingship was lowered from heaven” after the Flood.

So how is this possible? What exactly are we missing here? How could eight kings have ruled over five cities for hundreds of thousands of years? Where they immortal? Were they otherworldly beings? Or is it possible that we misinterpreted years for days? Or, as many others believe, did these ancient kings really live through such lengthy reigns?

According to this ancient text its crystal clear: the first part of the Sumerian King List reads:

Then Eridug fell and the kingship was taken to Bad-tibira.

Then Bad-tibira fell (?) and the kingship was taken to Larag.

Then Larag fell (?) and the kingship was taken to Zimbir.

Then Zimbir fell (?) and the kingship was taken to Curuppag.

Then the flood swept over.

There are more than a dozen of copies of Sumerian King Lists, found in Babylon, Susa, and Assyria, and the Royal Library of Nineveh from the VII century BC. All of these are believed to originate from one original list believed to have been written during the Third Dynasty of Ur or even earlier. The best-preserved specimen of the Sumerian King List is called the Weld-Blundell Prism, which is a clay, cuneiform inscribed vertical prism housed in the Ashmolean Museum.