Happy Birthday, Nikola Tesla! Here are some amazing facts about...

Happy 162nd Birthday Nikola Tesla! 😉 And while normal society doesn’t actually celebrate the 162nd birthday, you gotta admit, Tesla was anything but ORDINARY.

Nikola Tesla—one of the most unheralded masterminds of the modern age—was born on July 10, 1856, in Smiljan, modern-day Croatia.

He was an inventor, electrical engineer, mechanical engineer, physicist, and futurist who is best known for his contributions to the design of the modern alternating current (AC) electricity supply system, but his ideas and inventions went far beyond that.

You can check out all of his patents—and download them—by clicking here, and don’t forget to check out 10 mind-boggling rare images of Tesla HERE.

Tesla was a man who cared not only about mankind but about our planet as well. As explained by Tesla himself, the Earth is “…like a charged metal ball moving through space”, which creates the enormous, rapidly varying electrostatic forces which diminish in intensity with the square of the distance from Earth, just like gravity, and Tesla wanted to transform our planet into one MASSIVE—free energy globe. 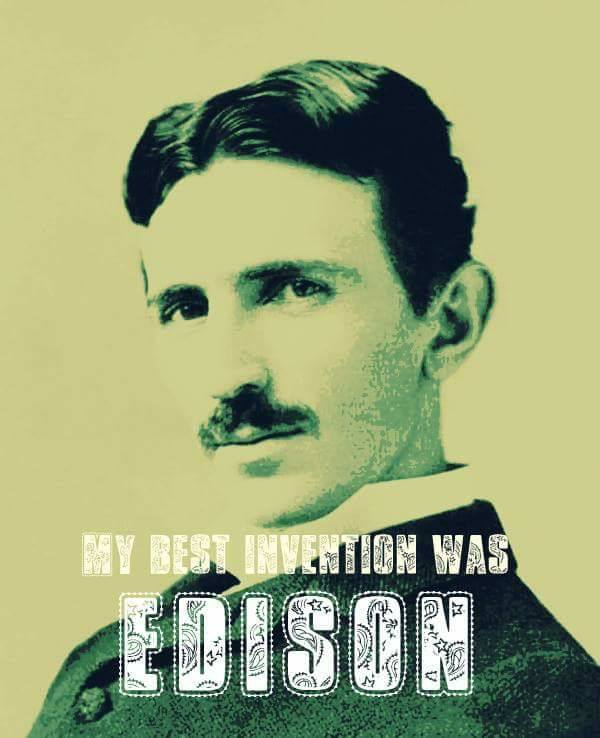 Tesla’s main goal was the world with free and unlimited energy, and if his projects weren’t sabotaged the way they were, today our civilization would most likely be traveling among the stars.

He happens to be the man who in 1926 predicted the modern SMARTPHONE. In an interview titled “When Woman Is Boss” Tesla made some chilling predictions:

“When wireless is perfectly applied the whole earth will be converted into a huge brain, which in fact it is, all things being particles of a real and rhythmic whole. We shall be able to communicate with one another instantly, irrespective of distance. Not only this but through television and telephony we shall see and hear one another as perfectly as though we were face to face, despite intervening distances of thousands of miles; and the instruments through which we shall be able to do this will be amazingly simple compared with our present telephone. A man will be able to carry one in his vest pocket. We shall be able to witness and hear events–the inauguration of a President, the playing of a world series game, the havoc of an earthquake or the terror of a battle–just as though we were present.

When the wireless transmission of power is made commercial, transport and transmission will be revolutionized. Already motion pictures have been transmitted by wireless over a short distance. Later the distance will be illimitable, and by later I mean only a few years hence. Pictures are transmitted over wires–they were telegraphed successfully through the point system thirty years ago. When wireless transmission of power becomes general, these methods will be as crude as is the steam locomotive compared with the electric train.”

Nikola Tesla is the man who harnessed lightning; he was a true genius, he envisioned new technologies far before their time and claimed to have had contact with extraterrestrial beings.

He was the ultimate mad scientists and deserves much more respect and room in history books.

He is a man who did not like pearls when his secretary wore pearl jewelry, he sent her home for the day. No one knows why he had such an aversion, but Tesla had a very particular sense of style and aesthetics.

Tesla also claimed that the human brain acted like a natural receiver: “My brain is only a receiver, in the Universe, there is a core from which “We” obtain knowledge, strength, and inspiration. I have not penetrated into the secrets of this core, but I know it exists”.

He was completely different in many ways. Tesla described experiencing intense flashes of light, which were followed by moments of intense creativity and clarity. Basically, Tesla was able to imagine and see an invention in his mind during this “moment of clarity” almost ion holographic detail, Tesla claimed that he could even rotate these visions taking them apart piece by piece and he knew exactly how he was going to build these inventions based on his visionary experiences.

One of his greatest creations is the rotating magnetic field. He claimed the idea came to him in a flash of intuition. Furthermore, Tesla believed it’s absurd to think we’re the only intelligent beings.

In 1934 Nikola Tesla made headlines with his most controversial invention, “the death beam” which according to Tesla, could generate enough energy to bring down a fleet of 10,000 airplanes at a distance of 250 miles away. Nikola Tesla rarely slept and claimed to have required only two hours of sleep a night, although he occasionally napped. He loathed jewelry and round objects and wouldn’t touch the hair.

We could write about Tesla all day long, but to summarize the history behind the genius, check out 23 Facts about one of the most amazing inventors to ever live on Earth.