Have Petroglyphs and Statues Been Discovered on Mars?

Is this the ultimate evidence that Mars was inhabited in the distant past? One of the images made available by NASA apparently shows the remains of a statue half buried in the Martian soil.

According to UFO researchers and UFO enthusiasts, the half-buried statue on Mars also has petroglyphs depicted on its surface.

The ‘ancient engraving’ has fired up social media where people rushed to leave their comments giving their opinion on the discovery. The Martian petroglyphs join a long list of unexplained discoveries on the surface of the red planet that was found thanks to NASA’s very own Alien root exploring the red planet. 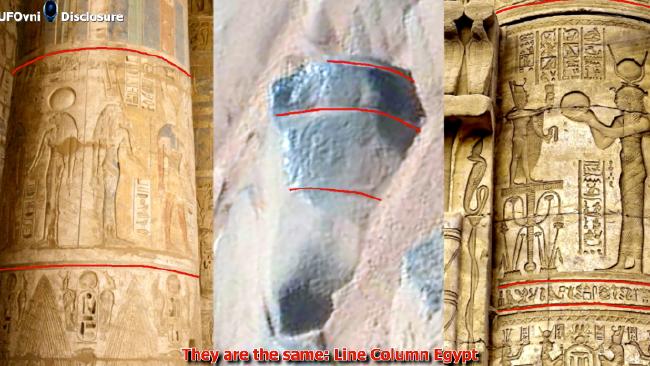 The humanoid statue, the helmet, cube, thighbone and gear wheel are just some of the mysterious ‘artifacts’ photographed by NASA’s Curiosity rover. Pareidolia or actual evidence?

There is an ongoing debate about the origin of the discoveries on Mars. While many people firmly believe that Mars was inhabited in the distant past and we are seeing evidence of that today, other people who are more skeptical believe that we are seeing what we want to see and that all of the discoveries can be attributed to Pareidolia, psychological phenomenon involving a stimulus (an image or a sound) wherein the mind perceives a familiar pattern where none actually exists.

Now with the discovery of flowing water on the surface of the red planet, is it difficult to believe that Mars was inhabited in the distant past? When the red planet was very similar to Earth… with an atmosphere, oceans, rivers and even vegetation… Could an ‘Alien’ civilization have flourished on Mars thousands of years ago as some researchers like Dr. Brandenburg suggest? 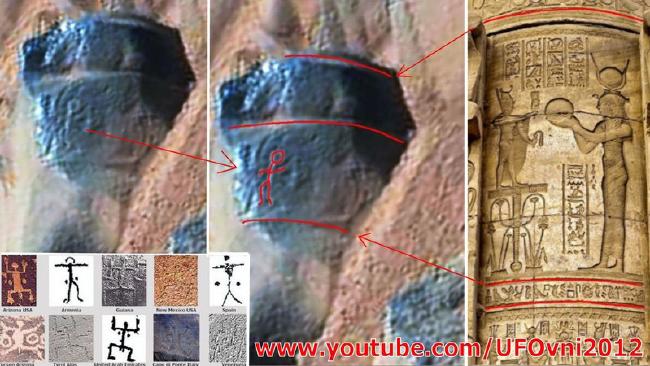 What if we are looking at the remains of structures, temples, and artifacts on Mars? What if a Martian civilization was actually destroyed as Dr. Brandenburg believes?

Dr. John Brandenburg has a Ph.D. in Theoretical Plasma Physics from the University of California and he is currently working as a plasma physicist at Orbital Technologies in Madison, Wisconsin. According to Dr. Brandenburg, there is enough evidence to prove that at least two major nuclear blasts went off on the surface of the red planet in the distant past.

The theory proposed by Dr. Brandenburg is based on the traces of uranium and thorium that have been registered on the surface of Mars. Was a Martian civilization wiped out by another hostile alien race from elsewhere in the universe? Dr. Brandenburg warns that our civilization could face the same fate.

Check out the RAW image by visiting this link.

Are these ‘structures’ evidence of Ancient Civilizations on Mars?