Have the tools used to build ancient monuments been staring...

One main reason why we remain fascinated by ancient structures today is the mystery of how often massive stones were cut and fitted together with inexplicable precision. Using your own eyes, a definite flaw in the mainstream narrative becomes glaringly apparent.

Traditional explanations suggest that ordinary, primitive tools combined with extraordinary feats of human exertion made it all possible. There is no good explanation for why building techniques and designs share so many similarities across the planet as the big picture emerges. 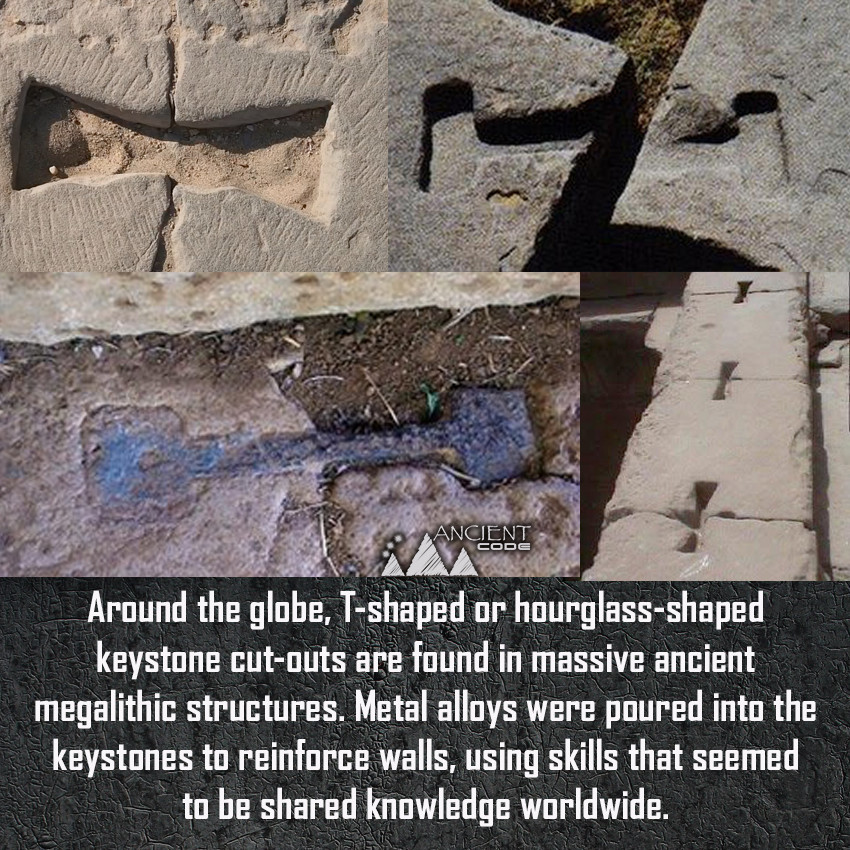 Apart from the mystery of construction, there is another missing link: What happened to the tools? Also, why don’t we see recorded information explaining these astounding construction methods?

Were these methods purposefully kept a secret, or have the answers been staring us in the face all along? Is the reason we haven’t found clear evidence of tools because one of the tools is ephemeral sound and vibrations? And, is another reason because we have misunderstood the tools used?

The ‘Sailing Stones of Egypt’

One ancient account from an ancient Arab historian and geographer suggests that the Egyptians used sound to transport huge blocks of stone. Known as the Herodotus of the Arabs, he recorded a centuries-old legend by 947 AD.

According to Mysterious Universe, the legend goes like this:

“When building the pyramids, their creators carefully positioned what was described as magical papyrus underneath the edges of the mighty stones that were to be used in the construction process. Then, one by one, the stones were struck by what was curiously, and rather enigmatically, described only as a rod of metal. Lo and behold, the stones then slowly began to rise into the air, and – like dutiful soldiers unquestioningly following orders – proceeded in slow, methodical, single-file fashion a number of feet above a paved pathway surrounded on both sides by similar, mysterious metal rods.” 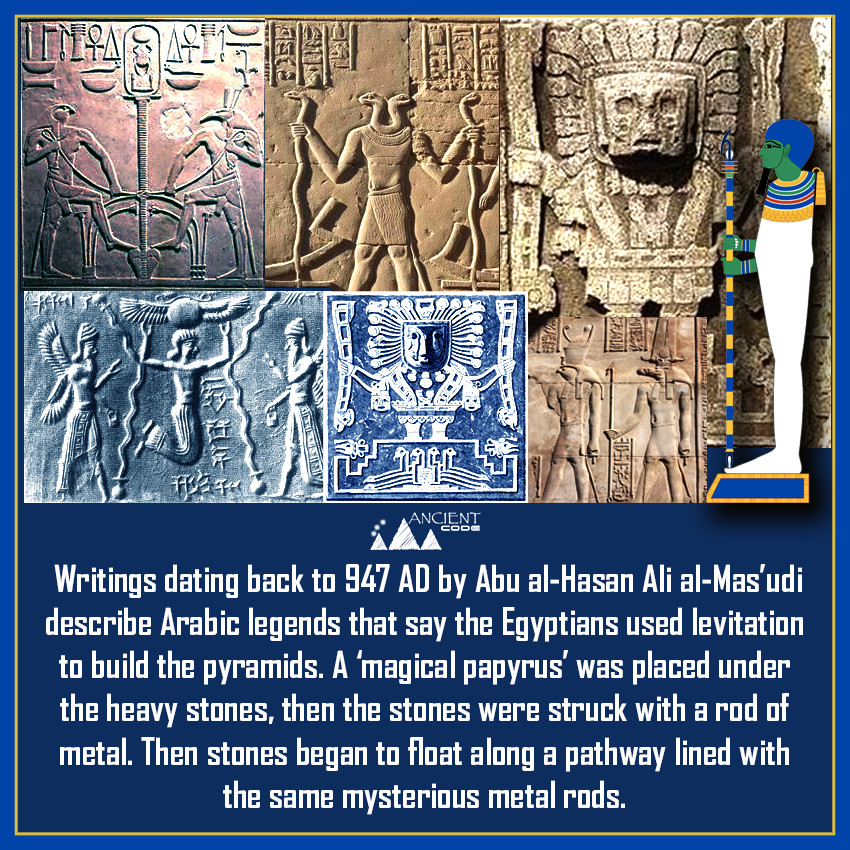 We’ve all seen Egyptian deities like Anubis, standing with a strange rod in his hand like the picture above. However, not many people know what that object is. It’s called a Was-sceptre, a staff with a forked base and topped with a pronged head shaped like a stylized canine or another animal. The rod is thin and perfectly straight and associated with other mysterious objects like the Ankh and the Djed. Were they merely symbolic, or could they have been tools of some kind?

According to the Ancient History Encyclopedia, these objects are symbols representing royal power and dominion.

“The three most important symbols, often appearing in all manner of Egyptian artwork from amulets to architecture, were the ankh, the djed, and the was scepter. These were frequently combined in inscriptions and often appear on sarcophagi together in a group or separately. In the case of each of these, the form represents the eternal value of the concept: the ankh represented life; the djed stability; the was power.”

In some depictions, Was-sceptres are seen upholding the roof of a shrine as Horus looks on. Similarly, the Djed is seen on temple lintels appearing to hold up the sky in the complex at Djoser in Saqqara.

A video from Ancient Architects explores this idea, showing examples of tuning forks used by the Egyptians. Narrator Matthew Sibson from the UK raises some fascinating ideas about how the Egyptians may have used objects like the Was-sceptre and tuning forks to cut through the hardest stones using the power of sound and vibrations. (see video below)

A depiction of tuning forks is seen on a statue of Isis and Anubis, each holding a rod. Between the deities, a carving shows two tuning forks that seem to be connected by wires. Beneath the forks, a rounded object with four prongs is centered, and it almost appears like an arrow points upward.

In the video, Sibson brings up an interesting but unverified email on the website KeelyNet.com from 1997. The email suggests that Egyptologists have found ancient tuning forks and may have labeled them “anomalous” when they couldn’t imagine what their purpose was.

“Some years ago an American friend picked the lock of a door leading to an Egyptian museum store-room measuring approx 8 feet x ten feet. Inside she found ‘hundreds’ of what she described as ‘tuning forks.’

These ranged in size from approx 8 inches to approx 8 or 9 feet overall length and resembled catapults, but with a taut wire stretched between the tines of the ‘fork.’ She insists, incidentally, that these were definitely not non-ferrous, but ‘steel.’

These objects resembled a letter ‘U’ with a handle (a bit like a pitchfork) and, when the wire was plucked, they vibrated for a prolonged period.

It occurs to me to wonder if these devices might have had hardened tool bits attached to the bottom of their handles and if they might have been used for cutting or engraving stone, once they had been set vibrating.”

Although the email is only anecdotal evidence at best, it does seem to confirm the hieroglyph of tuning forks on the statue of Isis and Anubis, with wire stretched between the tines.

Next, we see a much older Sumerian Cylinder seal showing a figure holding what appears to be a tuning fork. As you see more, it seems that ancient people knew much more about the effects of sound and vibration than we currently understand.

Today, we are learning new ways to look at ancient structures. Archaeoaccoustics is revealing how sound played a vital role in the construction of sites all over the world. Meanwhile, the study of cymatics reveals how vibrations alter the geometry of matter in intricate and unexplainable ways. In addition, the mysteries of Quantum mechanics are unfurling as we find new particles and use artificial intelligence algorithms to discover how matter itself works.

Could we finally be reaching the stage where we will begin to understand exactly how the ancient people of the world created massive monuments worldwide?