A former NASA employee says to have seen two human figures dressed in ‘space suits’ walking towards the Viking Lander on the surface of Mars.

Apparently, the sheer number of images from Mars allegedly showing bones, structures, monuments with carvings, animals, or even rocks that appear as if they are moving, are no longer a surprise to the general public.

Some call it disclosure, while others tag it as a giant conspiracy, but our attention was drawn to a former NASA employee who claims that in 1979 while working at NASA, she and her colleagues observed various ‘silhouettes of people’ on the surface of Mars while monitoring transmission from NASA Viking Rover mission. 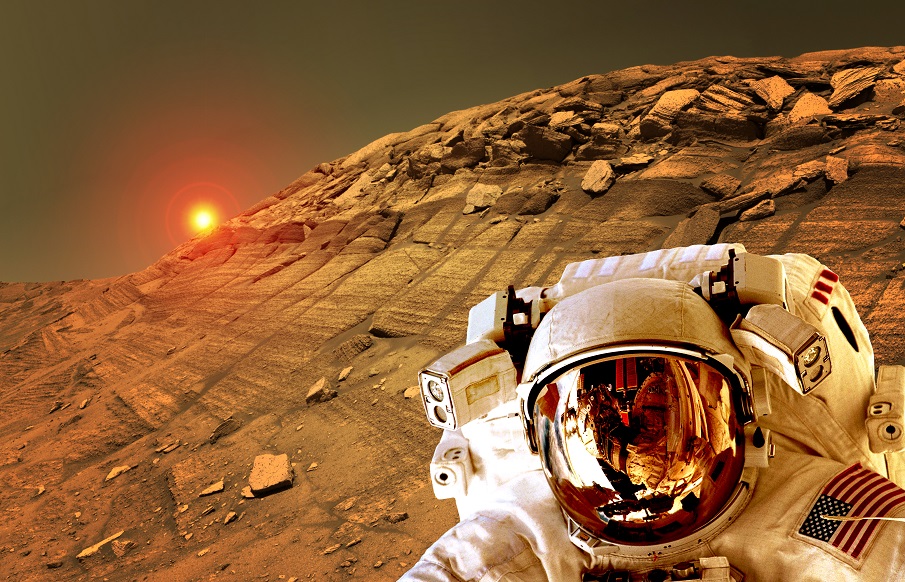 The woman, who referred to herself only as “Jackie” revealed her fascinating story speaking to  John Lear a former CIA pilot, ufologist, and popular conspiracy theorist.

Jackie claimed that while working at NASA, she was in charge of managing the downlink telemetry from Viking.

While observing a set of computers from the mission, she and her colleagues observed a number of silhouettes on Mars.

Regrettably, all of this sounds as another Movie about Mars and nothing more, as the woman who claims she saw people on Mars has failed to provide images, recordings or any data for that matter to back up her claims.

Speaking in an interview with Coast-to-Coast AM, Jackie spoke out about humans on Mars, which curiously is something that has been brought up by other former employees by NASA as well.

“I wonder if you could solve a 27-year-old mystery for me,” she asked Coast-to-Coast AM.

“That old Viking rover was running around. Then I saw two people in space suits – not the heavy suits we normally use, but they looked protective. They came over the horizon walking to the Viking Explorer.”

“We ran upstairs – but they locked the door, and taped paper over the door so we couldn’t see,’ she said. ‘My question is – were they our guys?”

According to John Lear, NASA landed on Mars in 1966, possibly to make repairs to the Viking rover.

He claims that space suits were not even necessary because humans can adapt to breathe the Martian atmosphere.

As noted by Metro, Lear also believes that human souls travel to the moon when they die and are ‘processed’ inside a mile-high tower and that the toxic, crushingly dense Venus is actually ‘green and beautiful.’

However, let us not forget the sheer amount of statements that have been made by former astronauts, NASA employees, and military personnel on Mars and alien life.

Senator Daniel K. Inouye said: “There is a shadowy government with its very own Air Force, its own Navy-like structure, its own fundraising mechanism, and has the ability to pursue its own ideas of the national interest, this government is free from all checks and balances, and free from the law itself.”

Paul Hellyer, Former Canadian Defense Minister also claimed that: “Decades ago, visitors from other planets warned us about where we were headed and offered to help. But instead, we, or at least some of us, interpreted their visits as a threat and decided to shoot first and ask questions after… Trillions, and I mean thousands of billions of dollars have been spent on projects about which both the Congress and the Commander in Chief have been kept deliberately in the dark.” (Source)

Lord Admiral Hill-Norton, former Chief of Defense Staff, 5 Star Admiral of the Royal Navy, Chairman of the NATO Military Committee had some interesting things to say about Alien life in the universe:

“There are things in our atmosphere which are technically miles in advance of anything we can build today, that we have no means of stopping them coming here … [and] that there is a serious possibility that we are being visited and have been visited for many years by beings from outer space, by other civilizations. That it behooves us, in case some of these people in the future or now should turn hostile, to find out who they are, where they come from, and what they want. This should be the subject of rigorous scientific investigation and not the subject of ‘rubishing’ by tabloid newspapers.” (Source)