A man claims to have discovered of what seems to be the remains of a being with human-like features mixed with those of a fish, in other words, a ‘mermaid.’

Those who believe that ‘mermaids’ are real will surely be fascinated by the newly released video which seems to depict a mythological creature which allegedly washed ashore in the UK.

A person by the name of Paul Jones posted images which according to him were taken at Great Yarmouth, Norfolk beach. The images have already been shared tens of thousands of times on social media websites, causing a massive debate to unravel about the images and their authenticity. 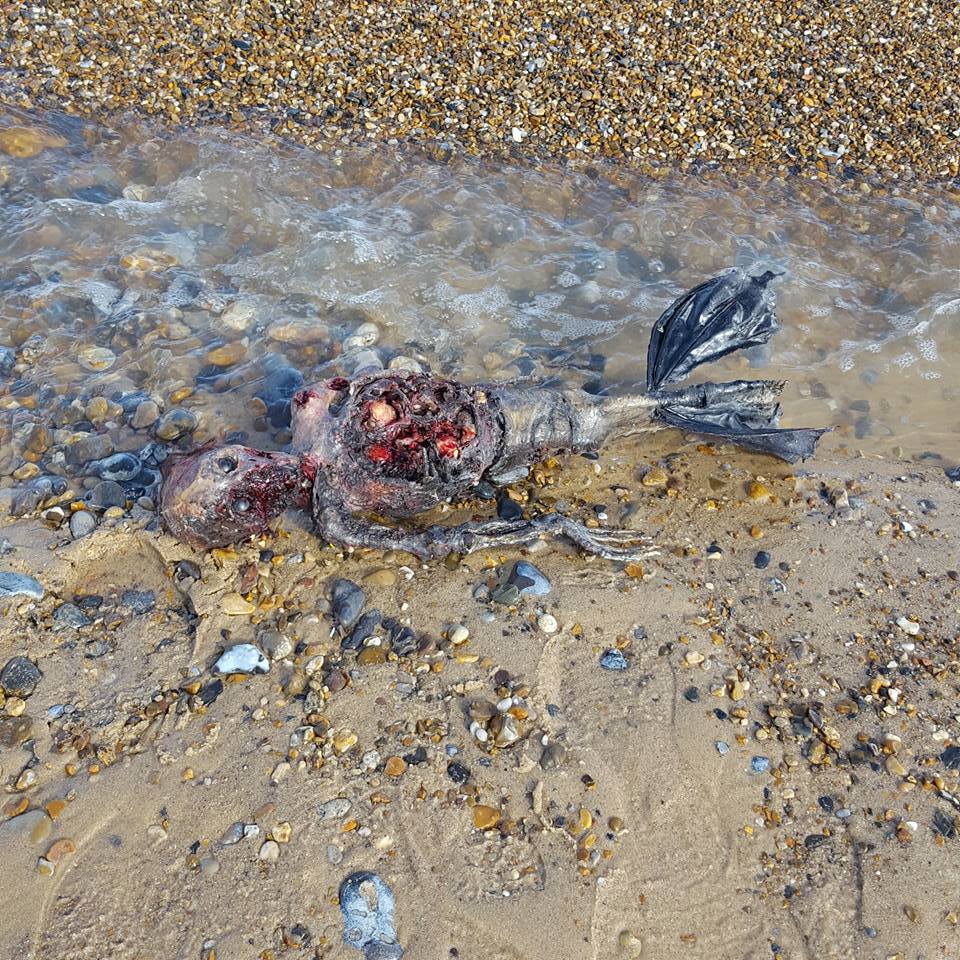 In his post on social networks, Mr. Jones wrote: “Today at Great Yarmouth we found what looks like a dead Mermaid washed up on the beach.”

Mermaids are… mythological creatures that are half-man, half-fish and their existence can be traced back thousands of years ago when alleged sightings were made by early Arab sailors and Greek Pliny around 600 AD.

The gruesome images show what appears to be a decaying body of a creature that matches the description of a mermaid. The torso of the alleged creature appears to be rotting while its ‘fishy’ tail seems to be relatively well-preserved.

Many have come forward screaming out hoax, and there are a couple of reasons why.

First of all, c’mon, do mermaids really exist? I mean… have you ever seen one? Well, some claim they’ve seen them, and they are real. Others believe it’s all part of the jabba-wabba alien-like conspiracy.

While many people seem to be convinced Mr. Jones actually found the mythical mermaid, others say it may be a dead seal, since the east coast is home to a rather large colony of grey seals.

However, there may also be another explanation. As it turns out, Mr. Jane’s Facebook profile is filled with creepy figures. In fact, the images show him to be a keen modeller of similar scary figures. He also happens to be a member of the ‘Horror and Halloween DIY’ Facebook group.

Is this another Hoax or is there a small chance Mermaids actually exist?