The Lore Lindu National Park contains more than  400 megalithic sculptures some of which have anthropomorphic representations, which some compare with the moai of Easter Island, but even to otherworldly visitors.

The Bada Valley is located on the island of Sulawesi, Indonesia, within the Lore Lindu National Park.

Its main attraction is more than 400 megalithic sculptures scattered all over the place, 30 of which have anthropomorphic representations, which some compare with the moai of Easter Island, but even to otherworldly visitors.

Hundreds of these statues are believed to date back to the 14th century and are called watu (“stone”) in the local Badaic language and arca (“statue”) in Indonesian.

The purpose of the megaliths and their builders are unknown. 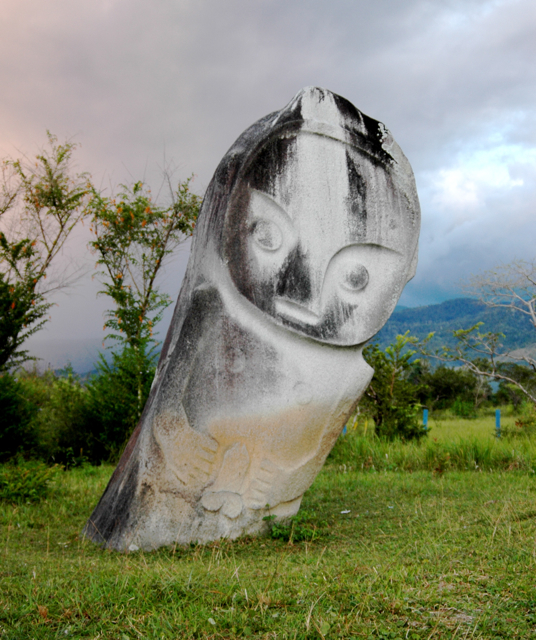 They were discovered by western archeologists in 1908, although they are locally documented at least since the 14th century.

There are dozens of sculptures whose purpose unknown, and whose dating ranges from 1,000 to 5,000 years old, which means that they could be at least 500 years older than the first moai statues of Easter Island.

Some researchers believe that they are related to the megalithic culture of Laos, Cambodia, and parts of Indonesia, where different examples of megaliths have appeared.

However, the Bada Valley statues are unique in all of Southeast Asia due to their morphology.

Local legends associate them with the cult of the ancestors, but also with sacrificial rites and even petrification myths of delinquents and looters in very ancient times:

“One named Tokala’ea, for instance, is said to be a rapist turned to stone; deep cuts in the rock represent scars from knives. Another statue named Tadulako—once a trusted village protector who turned to granite after stealing rice—was left to gaze across the valley at the villagers he betrayed.”

Still today some locals believe that stones have supernatural powers and are able to move by themselves, and many attribute them to our ancient ancestors and to beings that came from the heavens, thousands of years ago. 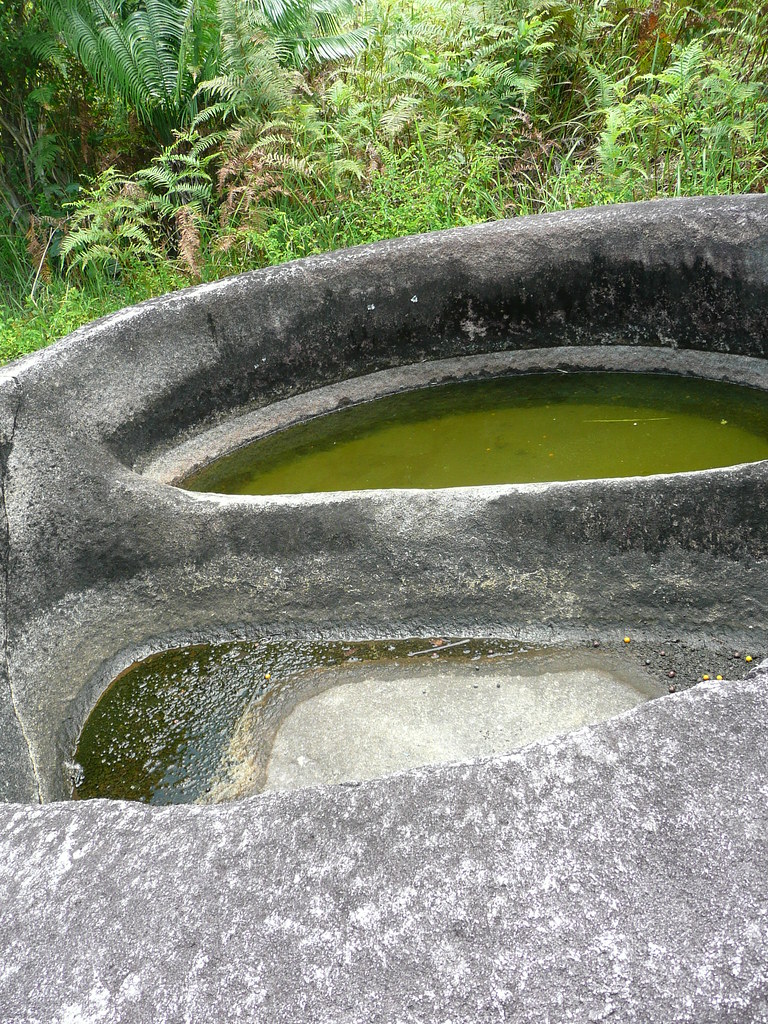 Archeologists have so far identified both male and female sculptures, differentiated by the representation of the genitals and facial features, such as long hair in women.

Other sculptures are minimalist, with faces indicated by a simple line for eyebrows, cheeks, and chin. Most of the megalithic figures are alone, with a small number of statues distributed forming groups. Curiously, some of the statues are up to 4 and a half meters tall.

Some statues have been found to represent animals as well.

Those that represent humans have huge heads with massive eyes and tall, straight bodies. Most of the statues have fallen and remain half-buried on the banks of rivers or in the middle of the field.

The Bada Valley is also well-known for the Kalambas, circular pots carved out of a single block of stone.

The so-called Kalambas can be found all across the valley and were crafted in various shapes and sizes.

Archeologists have found that some of Kalambas have a circular hole in the center, while others have been found to contain two, having a partition in the middle.

Despite the fact that the real use of the Kalambas remains a mystery, some say that these massive pots were used as bathtubs for nobles or kings.

Some authors indicate that these massive circular pots were once used as coffins, or even as cisterns for the storage of water.

Archeologists believe the Kalambas were once covered as they have found massive stone lids in their vicinity, which means that they were not used as bathtubs.

However, just as with the massive megalithic statues, the true purpose and origin of the Kalambas remain a profound mystery that archaeologists have not been able to solve.

Both the statues sand the Kalambas have been abandoned a long time ago, and researchers have not found any tools or other pieces of evidence of the ancient cultures that built them.