Is History Wrong? 3 advanced discoveries made thousands of years...

History is wrong: The Atomic Theory, Flight, and Gravity were discovered thousands of years ago in Ancient India.

In this article, we take a look at three ancient Indian Sages which knew about advanced discoverers thousands of years before the modern era. It turns that after all, what we taught as advanced and modern is, in fact, thousands of years old. Strangely, these three discoveries are left out from our history books.

Yes, it’s not a surprise that mainstream science loves to brag about just how cool it is, taking credit for countless technological inventions that today, facilitate our lives in a great way. However, due to the numerous missing parts in our history, and mostly because or education system is so messed up, we are unaware that most of these incredible discoveries we consider as modern, are in fact thousands of years old, dating back to extremely advanced ancient civilizations.

For example, did you know that the Law of Gravity was proposed hundreds of years before Newton? Still, our history books tell us that it was Newton who ‘identified’ Gravity. The truth, however, is very different. Bhaskaracharya II was an Ancient Indian mathematician and astronomer, and his works represent a significant contribution to mathematical and astronomical knowledge in the 12th century.

Even today, Bhaskaracharya’s ‘Lilaviti’ and ‘Bijaganita’ works are considered unique and unmatched in science. In his works, the ancient Indian genius wore about everything ranging from planetary positioning to eclipses and cosmography. However, his most important work is his revolutionary theory of gravity, which predates the theory of Gravity proposed by Isaac Newton by 500 years.

In his work, Bhaskaracharya writes: “Objects fall on earth due to a force of attraction by the earth. Therefore, the earth, planets, constellations, the moon, and the sun are held in orbit due to this attraction.”

Why isn’t this being taught in school? 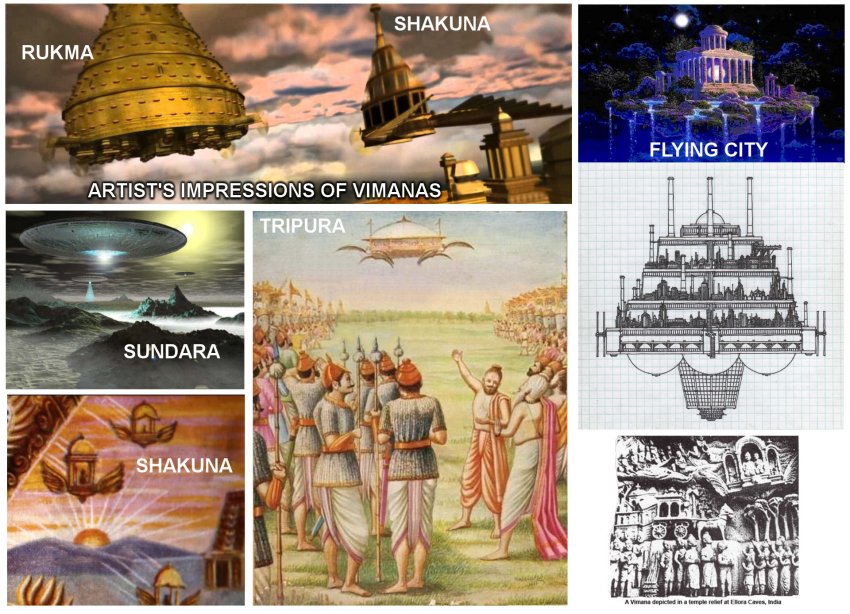 Mainstream scholars suggest that the Wright Brother invented the modern concept of the airplane. However, there are numerous indications which point otherwise, suggesting that aviation was developed by the Ramayana and Mahabharata times. Maharishi Bhardwaj described incredible flying machines which could ‘vanish’ and travel to other planets. The Vaimanika Prakarana written by the sage Maharshi Bhardwaj deals with aeronautics, has eight chapters, a hundred topics, and 500 sutras.

Strangely this part of history is also left out of modern history books, but why?

The Atomic Theory developed 2,600 years ago in Ancient India.

Yeah, history books suggest John Dalton, an English Chemist, and physicist is credited with developing the atom theory. The truth, however, is very different.

It turns out that some 2,500 before Dalton,m an ancient Indian sage and philosopher called Kashyap, developed the atomic theory. People called him ‘Kanad,’ as ‘Kan’ which in ancient Sanskrit means ‘the smallest particle’ after he was seen collecting grains from the street while on a pilgrimage to Prayag. He was fascinated by the small particles and started collecting them. It was Kanad who also put forward the idea that anu(atoms) could be combined in several different ways which would produce chemical changes in the presence of other factors like heat. To provide a more simplified explanation, Kanad gave blackening of earthen pot and ripening of fruit as an example.