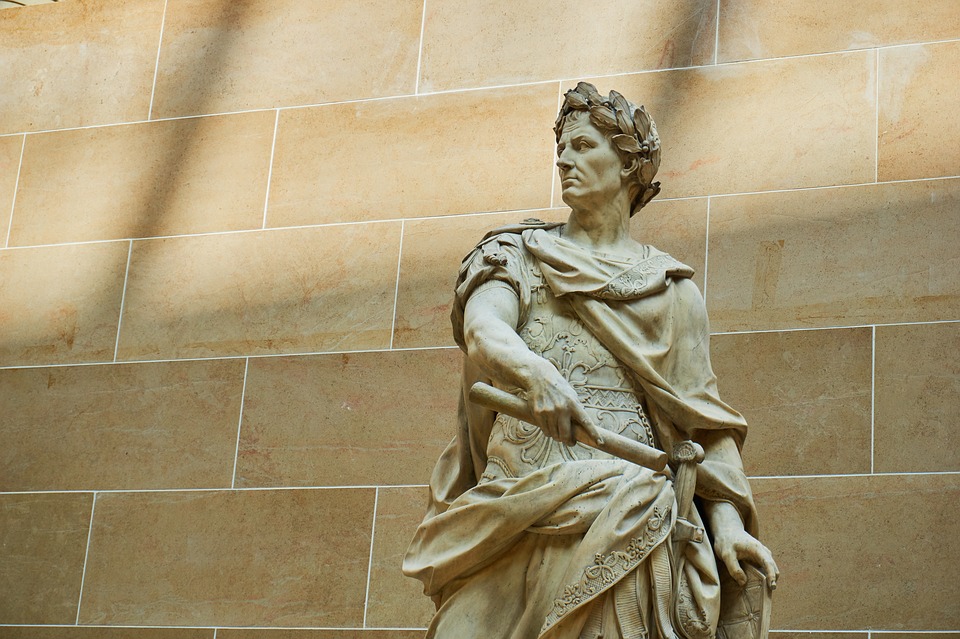 Julius Caesar was a ruthless leader who would stop at nothing to realize his goals and visions for a unified and powerful Roman Empire.

During his rise to power, Caesar would make several enemies which would eventually lead to his demise in the form of an assassination so intricate and elaborate, the likes of which have not been matched to this day.

Before getting into this incredibly intricate plot, it is important to first learn of Julius Caesar was able to obtain his position of power.

The History Of Julius Caesar

Caesar was born into a very well-to-do and established family of the ruling class known as gens Julia, or of Iulus. Iulus was the son of the Trojan prince Aeneas, who was believed to be a direct descendant of the goddess Venus. The Julia family firmly believed that they were relatives of the gods.

After some time, a particular group of Julii would come along that adopted the last name Caesar to denote that they were not only descendants of Venus, but also an ancient human prophet born via Caesarian section. It was this particular sect of Julii that the most famous Caesar would originate from.

Before Caesar’s father, also named Gaius Julius Caesar, the Julii Caesars had almost no ties to politics or global influence of any kind. His father governed a small Roman province of Asiana known as Phrygia, which is now present-day Turkey and Greece.

Caesar’s aunt Julia would also go on to marry one of the most influential figures of the Roman Republic, further cementing the family’s ties to the most powerful ruling class of Rome.

Little is known about Caesar before the age of 16, but it is at this age that he would be forced into a heated civil war inside his family that would forever change him and his eventual path in life. It was at this time that his father died suddenly — leaving the young teen to face off in the middle of a bloody war between his aunt’s husband, Gaius Marius, and his most prominent rival, Lucius Cornelius Sulla.

During these battles, Caesar would be given the title of the high priest of Jupiter and would go on to marry the daughter of his uncle’s ally Lucius Cornelius Cinna, known as Cornelia.

This couple would not last long, however, as once Sulla won the bloody war of the two families, one of his first actions was to strip Caesar of his newly earned title, all of his family’s inheritance, and his marriage with Cornelia.

The Rise Of Julius Caesar

With every piece of his existence now torn away from him, Caesar would be forced to flee Rome and would go on to join the army. Caesar’s accomplishments as a soldier would lead to a quick rise through the ranks and all of the success that came with it.

During his time of rebirth as a staunch war hero, Sulla would die, allowing Caesar safe passage to return back to his native Rome.

Upon his return, Caesar would be given the political position of tribune, a step below the Senate. He would go on to show off his political prowess, and just how he climbed the ranks of the military — he would do the same politically. He would not be finished climbing the military ranks, however. 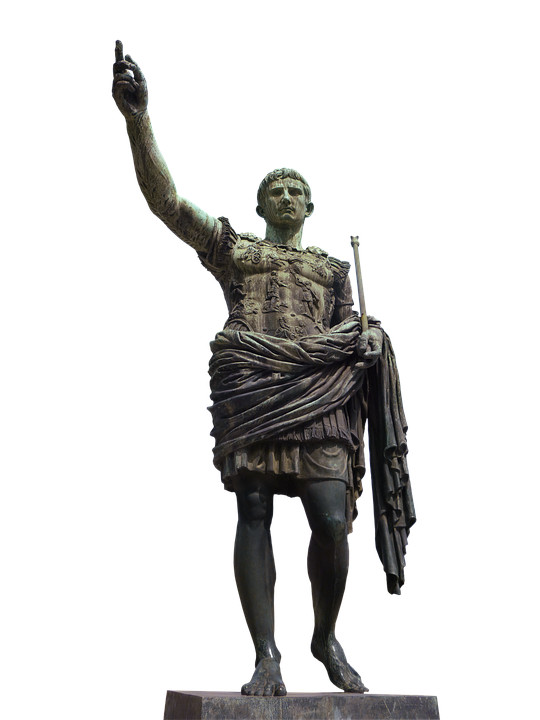 With each successful victory and annexation, came more and more new titles until he reached the status of imperator, a title reserved to the most successful and influential military figures. He would go on to parlay this military achievement with the high political rank of consul, a position he would hold along with dictator of Rome.

During his rise to power, Caesar made several enemies along the way. Whether it be in the form of political corruption or military acts that otherwise would have been war crimes, Caesar stepped on many along his journey to supreme power.

Despite his methods for reaching power, he did, in fact, do great things in the terms of reform for Rome at the expense of the increasingly depleted Senate. He would go on to tear away any and all power that the all-powerful Senate once had, leaving members of the once-ruling class as nothing but figureheads.

The Plan To Assassinate Julius Caesar 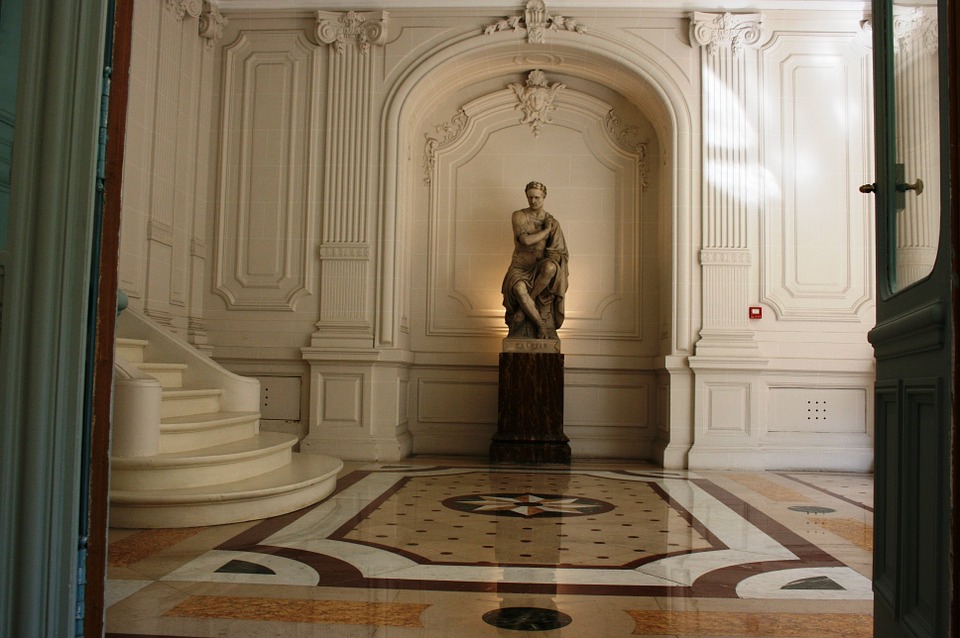 The deterioration of the Senate under Caesar’s rule left the members of the governing body with the overthrow of the dictator as the only means of restoring their power.

Led by Brutus, the senators would develop an assassination plot so precise and intricate, that Caesar had no idea what would eventually happen to him. Brutus and his group of co-conspirators would go on to call themselves the Liberators, as they truly believed killing Caesar was the only way to restore balance to the Senate.

The conspirators would never meet together in public. Instead, they would travel to each other’s homes a few members at a time. They discussed whether to carry out the assassination during a popular gladiator performance, at the route of Caesar’s favorite walking trail known as the Sacred Way, or while he sat at the Senate. The Liberators would agree on the orchestrated killing with the Senate present during the Ides of March.

The Ides of March was a day for settling all debts both financially and socially. The conspirators set up a gladiator battle on this day and begged Caesar to join as all of the Senate would be in attendance.

Almost everyone who had political stature who was in attendance would know of the impending assassination. Even the performing gladiators, hired by Brutus would work as a support system for the Senate just in case something did not go as plan. Luckily for the Senate and gladiators, everything would go on to work according to plan, for the most part at least.

Caesar was very late and well past the predetermined start of the gladiator battle. Due to his heavy involvement in the conspiracy and his close and trusted relationship with Caesar, Brutus was appointed as the one to go fetch him and bring him to his eventual demise.

At the same time as Brutus’ departure to find Caesar and bring him to the Theatre of Pompey, the site of the gladiator battle, Mark Antony, a firm supporter of Caesar learned of the plot.

The Senate knew that they had to get to Caesar before Antony could reach him and warn him of his impending assassination. The Senate would successfully head off Antony and cause him to flee Rome, bringing an end to the only possibility of Caesar’s survival.

The Assassination Of Julius Caesar

Brutus successful intercepted Caesar and convinced him to attend as not to let down the people of Rome and the Senate to which he wanted to repair his torn relationship with.

Caesar would be met at the Theatre by a man who demanded that his exiled brother be granted re-entry into Rome. Several members of the Senate would surround the two men and demand the reinstatement of the exiled man. What appeared to Caesar as an ordinary demand of political nature would actually be the encirclement that would ensure his death.

One member of the Senate known as Cimber would be the first to put his hands-on Caesar. While Cimber held him in position and tore off his toga, another member of the conspiracy, Senator Casca, would unsheathe his dagger, striking Caesar in the throat. A horrified Caesar tried to escape the circle of men to no avail.

In total, almost 60 men would surround the once all-powerful ruler, leaving him with no means of escape. When all was said and done, Caesar would succumb to his injuries of an astonishing 23 stab wounds.

Upon autopsy investigation, it was proven that just the second stab would have been enough to kill Caesar, but the subsequent 21 stabbings would go on to show just how hated Caesar was.

Before his last breath, Caesar would let out his final sentence, “Et tu, Brute?” Which translated to, “even you, Brutus.” Caesar could not believe that his most trusted friend was involved in the plot to take his life. The assassination of Julius Caesar would mark the beginning of the end of the Republic and launched the rise of Imperial Rome. 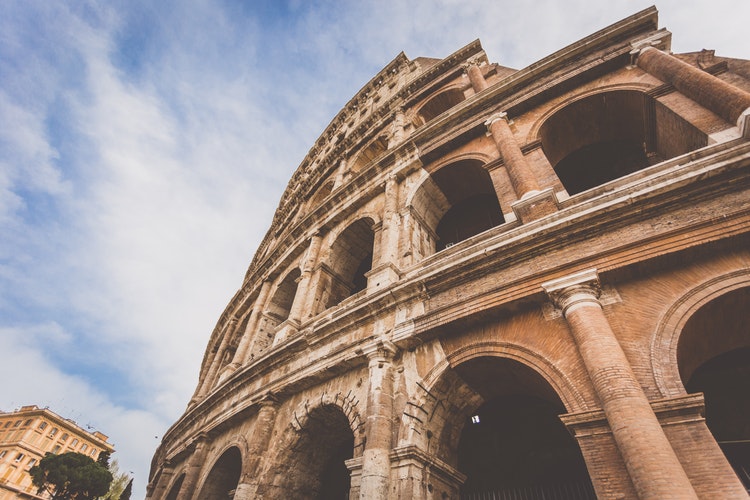 Julius Caesar began his military and political careers with only the best intentions. He allowed all of his success to get to his head and lead him to a path of corruption and ruthlessness.

Julius’ weakening of the Senate did not have to happen, but he chose to deplete the once powerful governing body to further his own rule. It was this unraveling of the Senate that would lead to his eventual demise.

One of Caesar’s closest friends, Brutus, would lead a near perfectly executed assassination on the dictator, which marked the end of the Roman Republic and brought on a new beginning in the form of Imperial Rome.