Experts have gotten excited about a recently made discovery. According to reports, an ancient city which dates back to the rule of King David from the Old Testament has just been unearthed by experts near Jerusalem.

According to a number of reports, the ancient lost city of King David has recently been uncovered near Jerusalem and biblical experts say it proves the Bible is accurate.

King David’s legend stars with him as a young shepherd, who killed the Giant Goliath with his sling. Eventually, he would take the throne and conquer Jerusalem.

The discovery comes as a surprise as there is a debate among experts whether or not Biblical figures such as King David and King Solomon ever existed.

However, Professor Avraham Faust, a scholar taking part in the excavation believes how the latest discoveries back the case for the historical accuracy of the Bible.

According to Professor Fause, the new discovery is “part of the events in the Bible ascribed to the Kingdom of David.”

If we take a look at Biblical references, we will find how King David is believed to have been an ancestor of Jesus and may have lived around 1,000 Before Christ.

Despite the fact that there is no direct evidence outside of the Bible speaking about King David, the Tel Dan Stele, an inscribed stone erected by a king of Damascus in the late 9th/early 8th centuries BCE to commemorate his victory over two enemy kings, contains the phrase ביתדוד, bytdwd, which most scholars have translated to “House of David”.

Radiocarbon dating tests performed on the archeological discovery suggest that the city belongs to that same time. 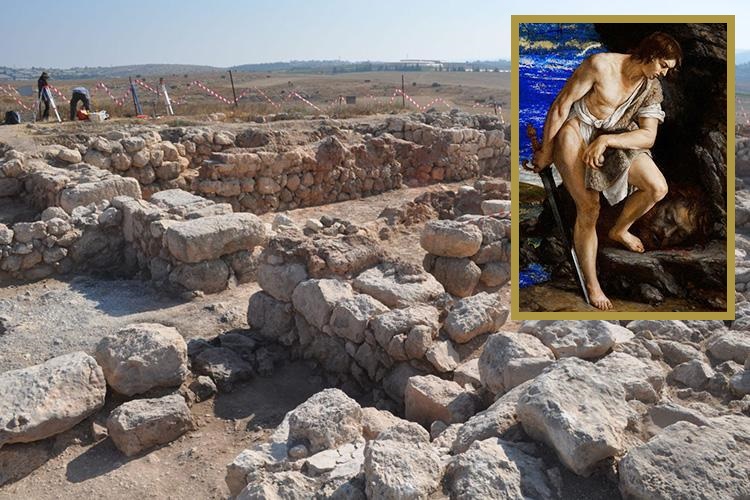 However, some experts believe that the ‘legend’ of King David is akin to that of King Arthur, a mixture of myths and historical facts, the basis of which has been lost to the sands of time.

The excavation of the mythical city took place in the Judean Shephelah to the east of the Hebron hills. There, experts have found an artificial mound composed of the built-up ruins of a number of ancient cultures that may have existed in the same area for thousands of years.

Many historic scholars are convinced that the site is the home of the Canaanite city of Eglon, later listed in the bible as part of the Tribe of Judah, of which David was the founder.

However, there are many scholars who question the use of the Bible as a valid historical reference because most events that are mentioned within it lack historical evidence.

Speaking to Breaking Isreal News, Professor Faust said: “We, of course, did not find any artifacts that said ‘King David’ or ‘King Solomon’ but we discovered site signs of a social transformation in the region which are consistent with a change from Canaanite culture to a Judean culture.

“The structure was excavated, almost in its entirety, and was composed of a large courtyard with rooms on three sides. Hundreds of artifacts were unearthed within the debris, including a wide range of pottery vessels, loom weights, many metal objects, botanical remains, as well as many arrowheads, evidence of the battle which accompanied the conquest of the site by the Assyrians,” added Professor Faust.

The full findings of the study were published in the journal Radiocarbon.