A Man Isolated himself from society in the desert for... 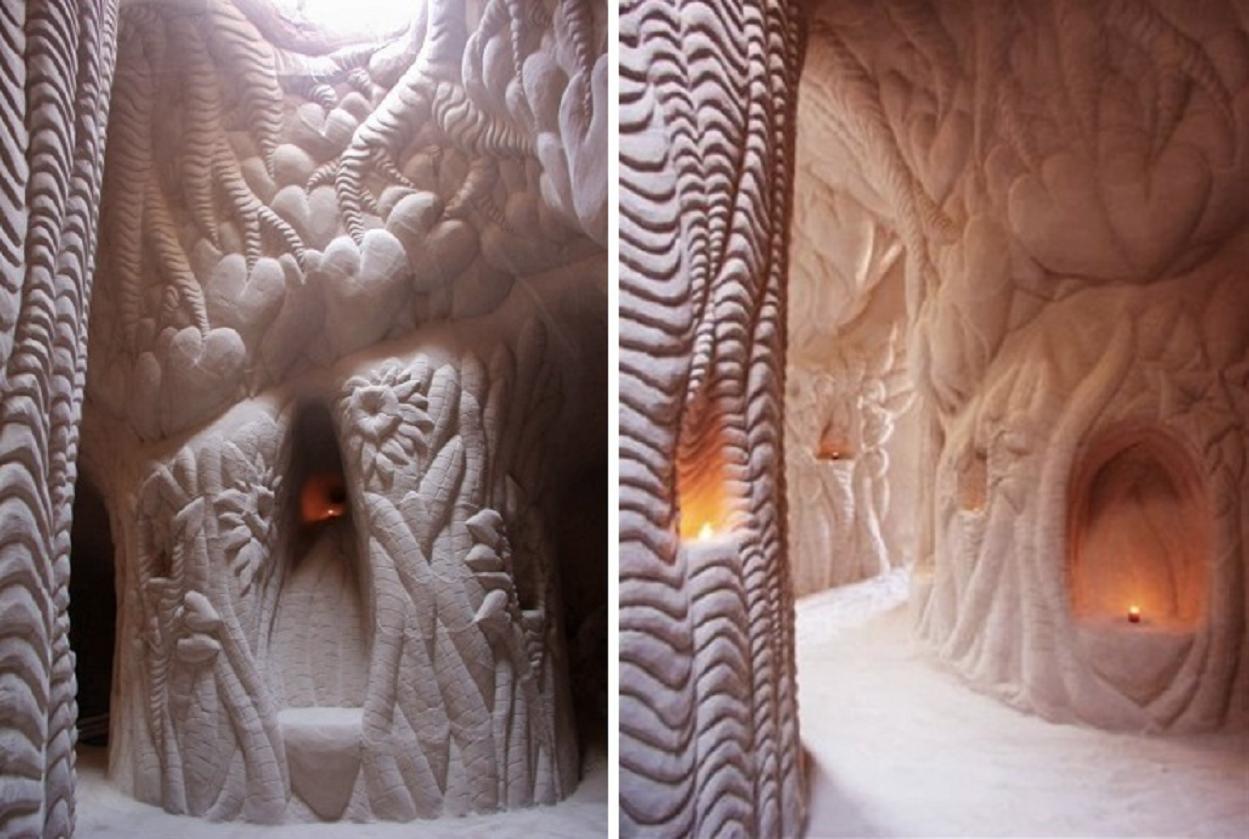 Many incredible deeds and things go unnoticed into history. However, every once in a while, you come across a mind-boggling story that’s just beyond fascinating. Some would say its magical, other would say it’s simply unbelievable.

One such story can be found in the high desert of Northern New Mexico where an incredible story has unfolded beneath the surface.

The story of a cave, or better said caves will make you travel to New Mexico and make you see has inside.

A small entry that opens into a cavern is where Ra Paulette has spent 25 YEARS, carving New Mexico’s sandstone into breathtaking art.

Mr. Paulette has created, across 14 different caves in the desert outside of San Jose, an underground fantasy world with nothing but the power of his own hands. The best part, he considers his creations more of a hobby or than a money-making business and leaves his underground work to be discovered by others when he is finished.

With the use of relatively simple tools, and accompanied only by his dog, Mr. Paulette has created history which thankfully, has not gone unnoticed. But its not just mere history in the making its art, and the best part of it: ITS UNIQUE, and it’s MAGICAL.

During an interview, when asked if he was a man obsessed with ‘cave digging’, Mr. Paulette gave a thoughtful answer: „Is a child obsessed with play?“. Mr Paulette said that when you truly love what you are doing, you are naturally driven to do it all the time.

Mr. Paulette thinks of his work as majestic, environmental projects and his ultimate goal is to inspire people so they open up emotionally, in response to the to the enormity and power of what his carvings evoke.

This ‘underground’ artist has created a magical place, a magical environment carved with passion and love. Mr. Paulette think’s of his work as intimate and overwhelming, and does not consider himself an artist, but merely a man which is trying to express his sense of wonder in a very passionate way.

However, looking at his achievements it’s hard to think of Mr. Paulette as an ordinary man trying to express emotions through his work, some would say he is a true ‘underground Da Vinci’, a man which has become so passionate and in love with his work that he has managed to create what other’s may have considered as impossible.

The caves Mr. Paulette has worked are all different in size, composition, and design. His life and works were also recently explored in the Oscar-nominated documentary, Cavedigger.

Amazing don’t you think? Let us know your opinion below!