A fascinating discovery has been made by underwater explorers near Split as they have stumbled across a sunken road which they have dubbed Split’s Atlantis. Further diving missions are planned to explore the area. Researchers are not sure as to where the sunken road leads.

It seems that the already attractive Adriatic is far more interesting than previously thought. The remarkable discovery dubbed Spits Atlantis will surely ignite interest in further explorations in the region.

Halfway through the Brač channel, at a distance of about two miles from Split, some 20 meters below the sea surface, underwater explorers have discovered the fascinating remains of an ancient road.

According to reports from HRT, the discovery was made by divers from the Underwater explorer club ‘Mornar’ from Split, Croatia.

It turns out that divers weren’t even looking for ‘Atlantis’. The group of underwater explorers was searching for the remains of a sunken German barge dating back to World War II when they unexpectedly found something that resembled a road.

Speaking about the discovery Petra Hrnjak from PIK Mornar in Split said:  “In my opinion, it isn’t a natural phenomenon, the ‘road’ really looks like something people would put together. The blocks of stone are of  regular shape, and it really looks like part of an ancient road.” 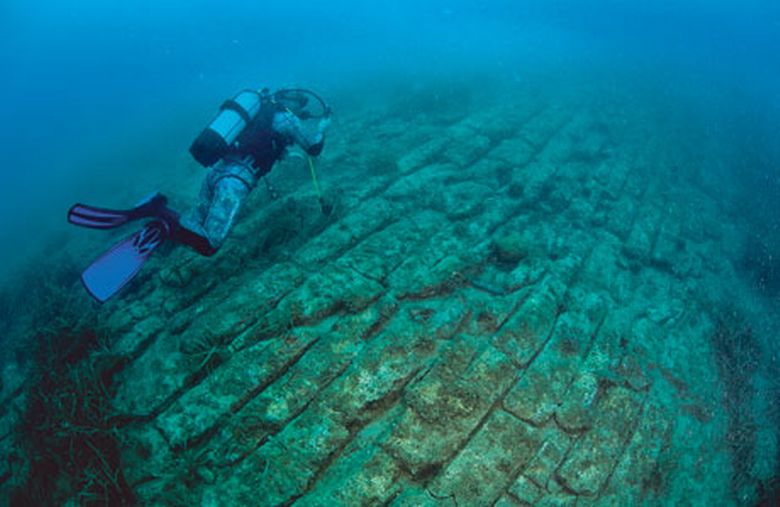 The groups of divers have called their discovery “Split’s Atlantis.”

Divers say that the road is surprisingly long and goes on for over a kilometer. It goes through the middle of the channel and makes a gentle curve towards Supetar. Divers from PIK Mornar speculate that this could be a road that connected Split and Supetar on Brač, sometime in the distant past.

But even before underwater explorers stumbled on the fascinating sunken road, legends about it existed.

The legend of the sunken road has existed for over ten years – says Ivan Bronzović from PIK Mornar. 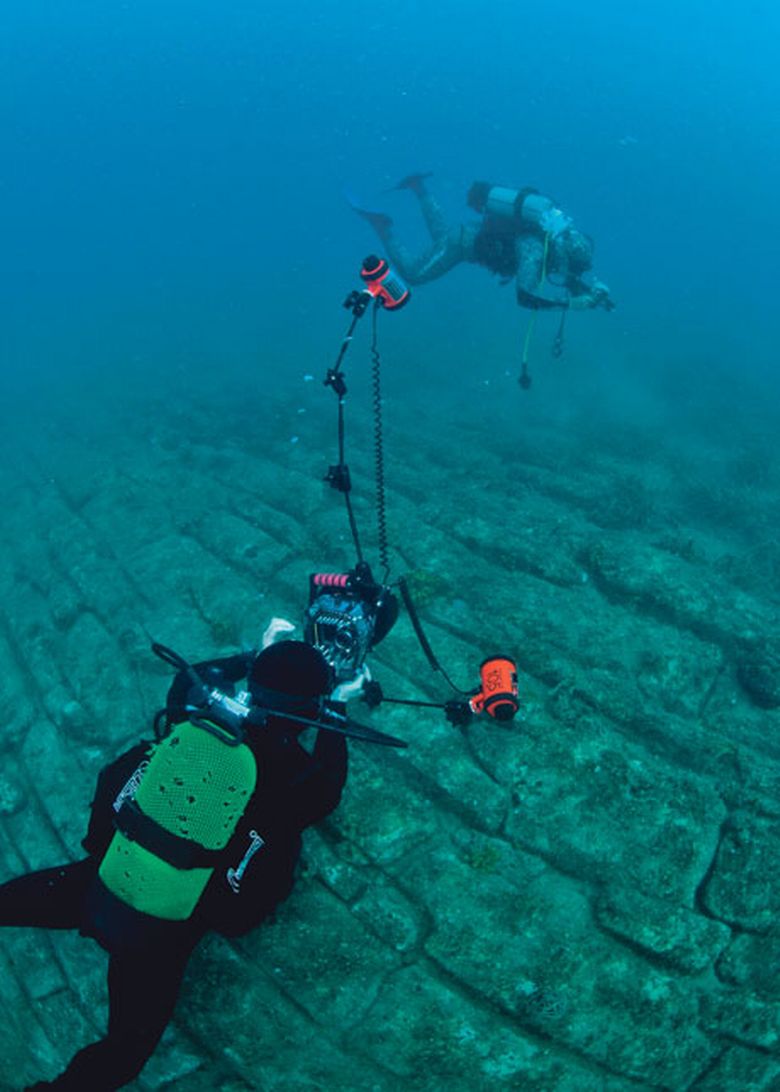 Since the discovery was made far away from the mainland, it is not clear what the road may have connected in the distant past, now what ancient culture may have built it. It is very likely that future diving expeditions will uncover what exactly is going on.

The sunken road is seven meters in width and is made of precisely stacked blocks.

However, experts remain cautious saying that further research needs to be done on site in order to confirm whether it is an archaeological discovery or the result of natural forces. Members of PIK Mornar say that if this turns out to be the result of natural forces, it will be the first time they have come across something like it since the blocks of stone seem to be precisely fitted together.

Underwater explorers tagged up with Bozo Vukicevic, one of the best underwater photographers who managed to snap incredible shots of the enigmatic sunken road.

Hopefully, in the coming months, we will find out more about the sunken road, to where it leads, and what else may be down there. Stay tuned, after all; divers may have found the Atlantis of the Mediterranean.