Meet Chand Baori, the deepest and largest stepwells found in modern-day in India. It is considered one of the largest and deepest stepwells in the entire world with a staggering 3,500 narrow steps, and 13 stories high. Chand Baori is located in the village of Abhaneri, in the state of Rajasthan. The ancient stepwell is located very close to the temple of Harshat Mata—Goddess of Joy and Happiness.

Stepwells were built as ponds that were used in the distant past to store goods or as irrigation tanks.

When built with steps like Chand Baori, the ancient community could easily reach the groundwater and manage their resources freely.

Without a doubt, Chand Baori was an intelligent and practical solution that ended up becoming an ancient architectural wonder.

The Stepwell was built in the 9th century and consists of 3,500 steps with 13 levels and has a depth of around 30 meters.

Both Chand Baori and the temple of Harshat Mata were built under the rule of King Chand, despite the fact that legend has it that the stepwell was built in a single night by the ancient spirits.

Although there are several similar structures in India, we can easily distinguish the Chand Baori from the others because on the top floor where we find a large gallery with multiple arches.

These arches give access to spectacular views of the interior of the structure and to the thousands of steps that are used to access it from top to bottom.

These steps are joined by multiple terraces, which are connected to each other.

The entrance to the stepwell is found to the north of the structure.

Near the entrance, we find several balconies which smaller shrines in which the ancients placed images of ancient deities such as Ganesh, Mahishasuramardini, and Durga.

The interior of the structure is mind-boggling. Once there, we will come to see that the true shape of the Chand Baori is an inverted cone.

The ancient structure features a number of smaller temples where rituals and ceremonies took place; as well as a series of rooms, which served as service and dining rooms.

As you can see, this ancient structure served both for religious ceremonies and as a gathering place where the population could have access to food and water during the hardest times of the year.

Curiously, at the bottom of the well, the air remains 5-6 degrees cooler than at the surface.

Check out some images of the ancient structure: 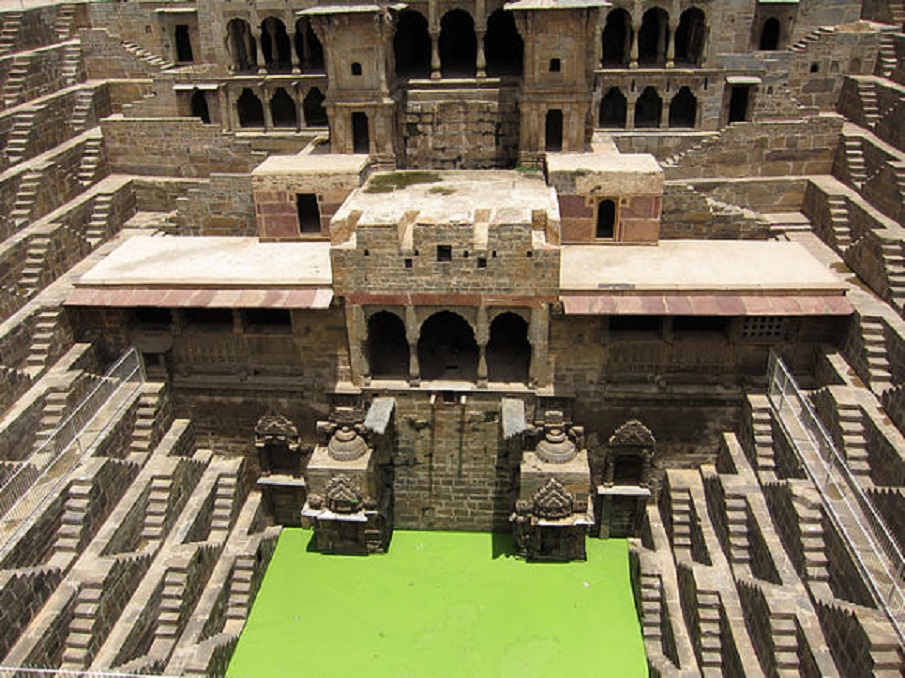 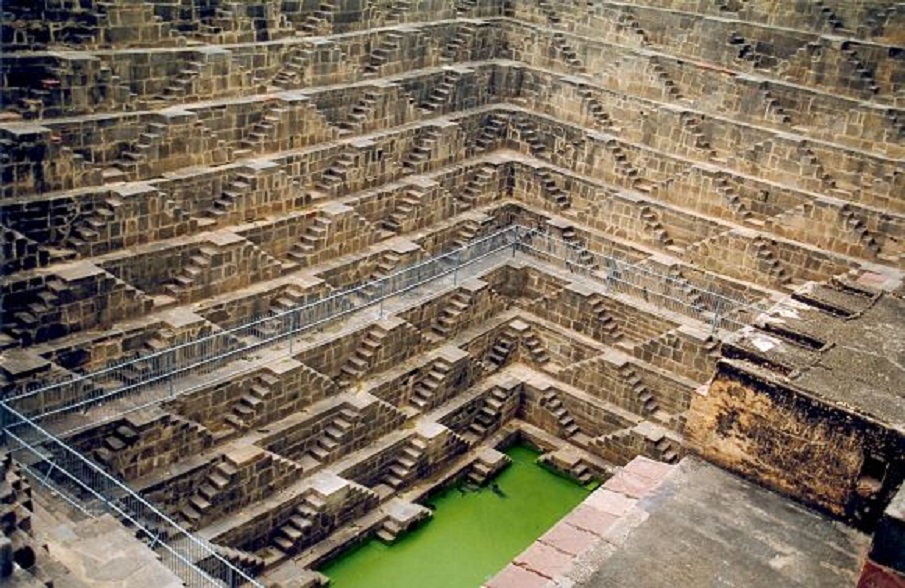 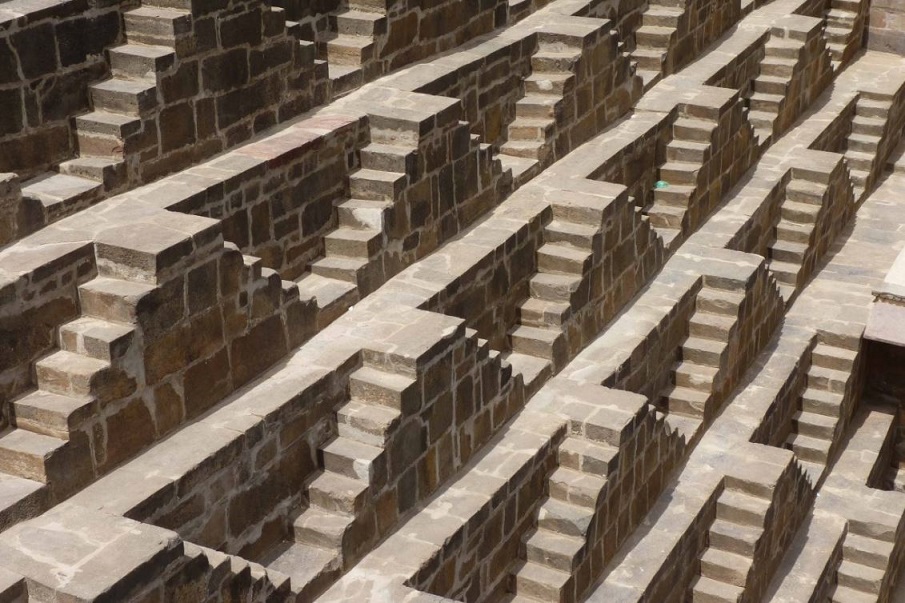 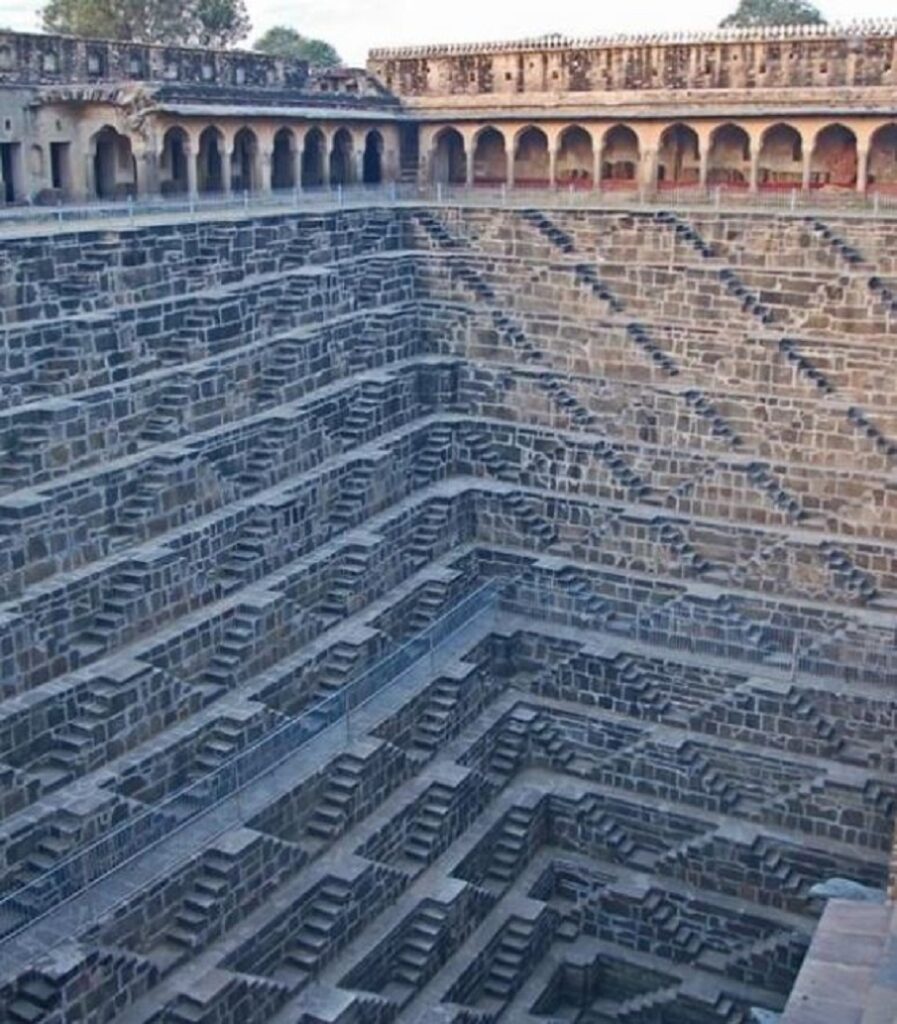 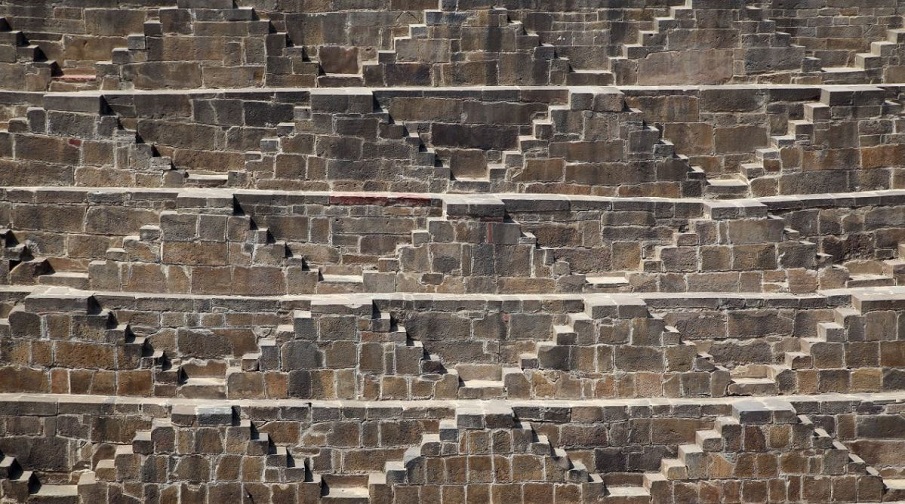 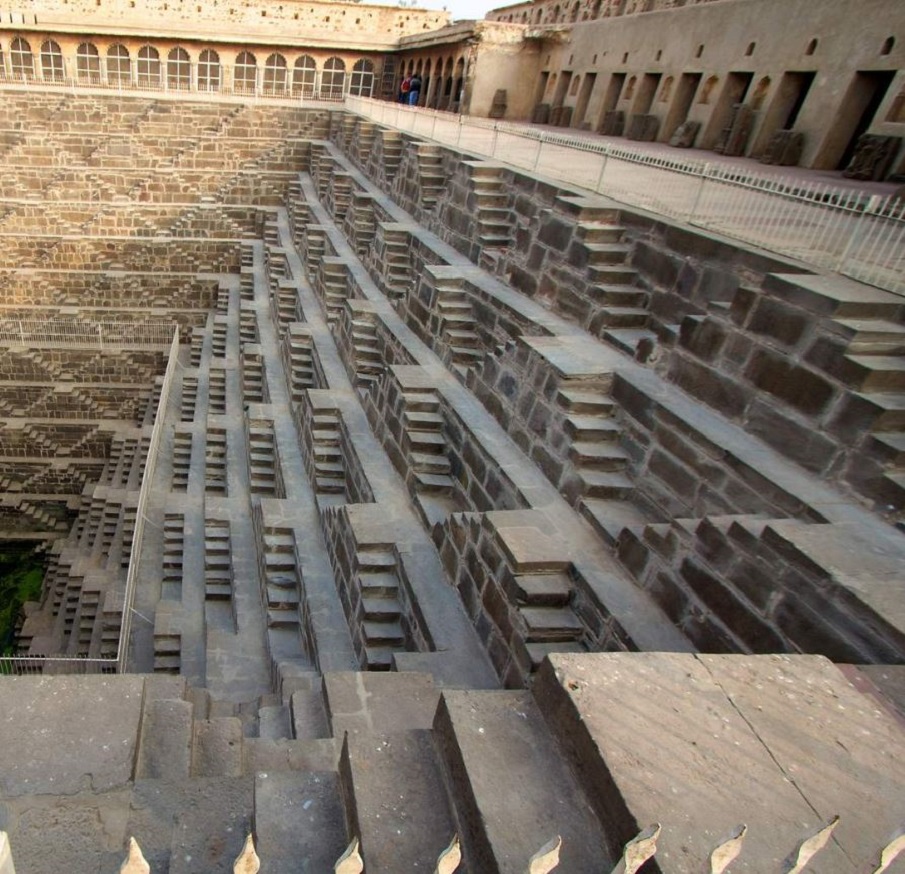 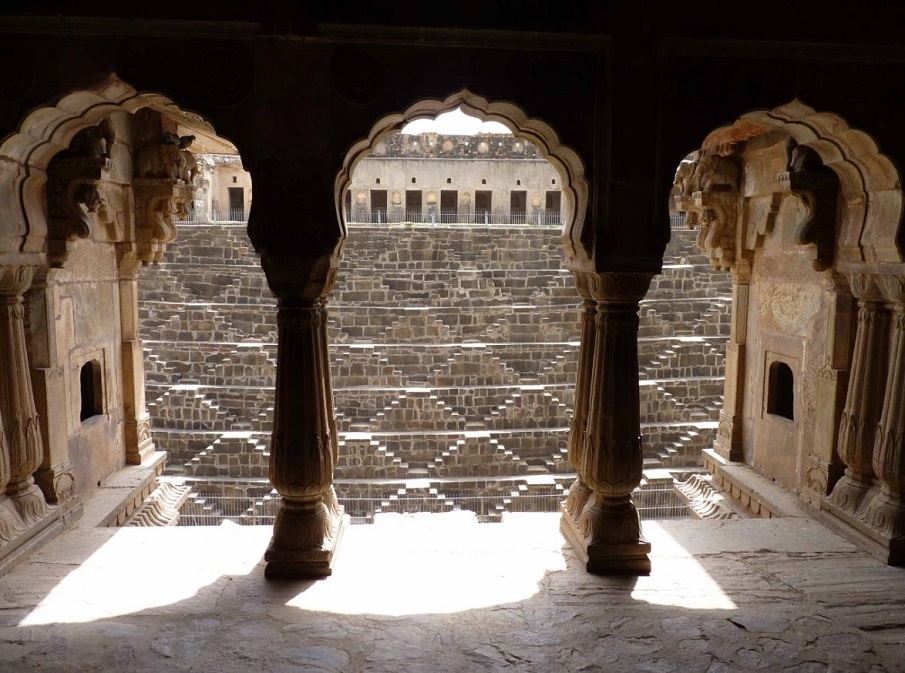