Mysterious tribe brought to Europe the wheel and the basis...

A mysterious group of humans stormed in from the east into Western Europe 4,500 years ago, with technologies such as the wheel but many other unusual features that were unknown at that point in history, they also came with an ancestor language of many modern languages according to researchers. There are traces of these eastern emigrants in the genomes of almost all contemporary Europeans, according to researchers who analyzed data from the genome of nearly 100 ancient Europeans. According to scholars, the first Homo sapiens to colonize Europe were hunter-gatherers who arrived from Africa through the Middle East about 45,000 years ago. Neanderthals and other archaic human species had begun roaming the continent much earlier.

Archaeology and Ancient DNA suggests that farmers in the Middle East began flowing into Europe 8,000 years ago, replacing hunter-gatherers in some areas and mixing with them in others. But a “revolutionary” study of the genomes of ancient and contemporary European echoed not only of these two waves from the Middle East but also from a third enigmatic group that could come from further east bringing a huge amount of improvements to humans.

To further pin down the origins of this ghost lineage, a team led by David Reich, evolutionary and popular geneticist at Harvard Medical School in Boston, Massachusetts, analyzed the nuclear DNA of the bodies of 69 people who lived in Europe between 8000 and 3000 years ago. They also examined the genome data previously published by 25 other ancient Europeans and also studied Ötzi, the ‘Iceman’, who was around 5300 years ago, discovered on the border between Italy and Austria.

Their analysis confirmed the arrival of farmers from the Middle East to Europe between 8,000 and 7,000 years ago. But the team also found evidence of a previously unknown migration, several thousand years later. The DNA recovered from shepherds living in the west of Russia about 5,000 years ago was very similar to individuals which were 4,500 years old from Germany, who were part of a group known as the culture of the Corded Ware.

Pastors, called Yamnaya lived in present-day Russia and Ukraine and “represent a massive migration in the heart of Europe from its eastern periphery,” say Reich

The ancestors of the Yamnaya survive in varying degrees in the genomes of contemporary Europeans, with the northern groups such as Norwegian, Scottish and Lithuanian proving to have a stronger bond to this ancestral lineage. The geographic extent of the Yamnaya migration is unclear, nor its nature. But Reich’s team says it is possible that Eastern immigrants fully replaced the existing populations in Germany.

In addition, researchers argue that the Yamnaya imported a part of the family of Indo-European languages in Europe. The origin of these languages which include Slavic, Romance and Germanic as well as many of the languages spoken in the subcontinent of South Asia are embroiled in controversy. 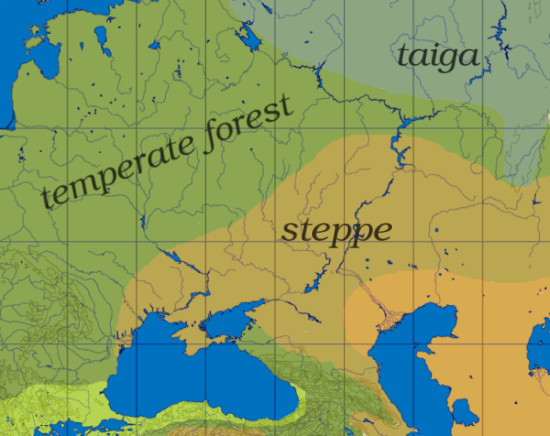 Some researchers say that these languages were spread by farmers in the Middle East 8,500 years ago. But Reich and his team say their data is more consistent with the “steppe hypothesis” favored by other researchers, that shepherds who lived around the Black and Caspian Seas spread their languages around 6,000 years ago, after the domestication of the horse and the invention of the wheel, which basically allowed them to start traveling great distances.