NASA films another UFO on its ISS live Feed before...

Once again NASA has filmed a UFO with cameras onboard the International Space Station and once again, the live Feed from space was ‘mysteriously’ cut once the ‘UFO’ appeared. The strange object could be one out of three things: The Chinese Space Cargo Ship the Tiangong-1, a meteor filmed just at the right time or ET dropping by to say HI. 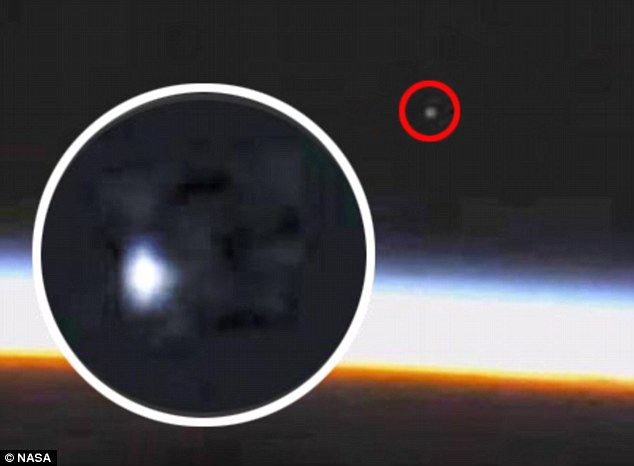 According to UFO Hunters, this is yet another piece of conclusive evidence which points to the existence of otherworldly crafts roaming our planet.

In the past, NASA has mysterious cut the transmission from the International Space Station a number of times after unexplained phenomenon occurred.

While millions of people around the world firmly believe NASA is part of a gigantic Alien cover-up, Skeptics remain ‘rational’ saying that this is most likely just another ‘meteor’ filmed from the ISS.

The strange ‘UFO’ was recorded on July 9 and reported by UFO Hunter Streetcap1, who has uploaded dozens of interesting videos from space.

Streetcap1 however, remains cautious and is not rushing to conclusions suggesting that the object could be easily explained.

In the video, Streetcap1 says:

‘Remember a UFO is an unidentified flying object.

‘This could well be a meteor or the like.’

Streetcap1 continues saying that: ‘What made it impressive was the camera cut off when the ufo seemed to stop.’

Simply put, UFO hunters argue that each and every time an Unidentified Flying Object (Not necessarily an extraterrestrial vehicle) appears near the International Space Station; NASA cuts off the live feed.

Many other argue it is not a meteor, and it is not ET visiting the International Space Station. Some users have suggested that the strange object seen in the background could be The Chinese Space Cargo Ship the Tiangong-1.

One of the many commentators wrote: ‘I have watched the International Space Station a lot over the last six years, and I can tell you that this is not the moon, nor a meteor.’

‘It may be the Chinese space station cargo ship, called Tiangong-1, or the other one Tangong-2,’ he added.

Due to the numerous allegations made over the last couple of years, a NASA spokesman denied that NASA is part of an ‘Alien Cover-up’ and rejects the notion that NASA technicians have been deliberately shutting down transmissions from the International Space Station.

NASA argues that loss of video is typical in space as from time to time the International Space Station losses signal and cannot transmit back to Earth.

It seems that the strange object could be one out of three things: The Chinese Space Cargo Ship the Tiangong-1, a meteor filmed just at the right time or, as many other suggest, the ultimate evidence of modern-day alien visitations to Earth.

What do you think the strange object might be?