Does This NASA Footage Show Proof Of UFOs Moving Through...

The UFO topic has become, without a doubt, one of the most searched for subjects on the internet. Those of you who follow our articles on UFOs and Alien life, you will remember that a great amount of highly ranked government officials and countless Astronauts have publicly spoken out on Alien life and the UFO phenomenon. It isn’t a secret anymore, as thousands of UFO documents from different governments and government agencies have made their way to the internet in the last decade.

While countries such as the UK, Germany, France, and Russia among others have been more open about the UFO phenomena, we are still waiting on the United States to make UFO-related documents available, but as things are looking now, this information could soon become accessible by the entire world.

“Intelligent beings from other star systems have been and are visiting our planet Earth. They are variously referred to as Visitors, Others, Star People, Et’s, etc. . . . They are visiting Earth NOW; this is not a matter of conjecture or wistful thinking.” – Theodor C. Loder III, PhD, Professor Emeritus of Earth Sciences, University of New Hampshire (source) 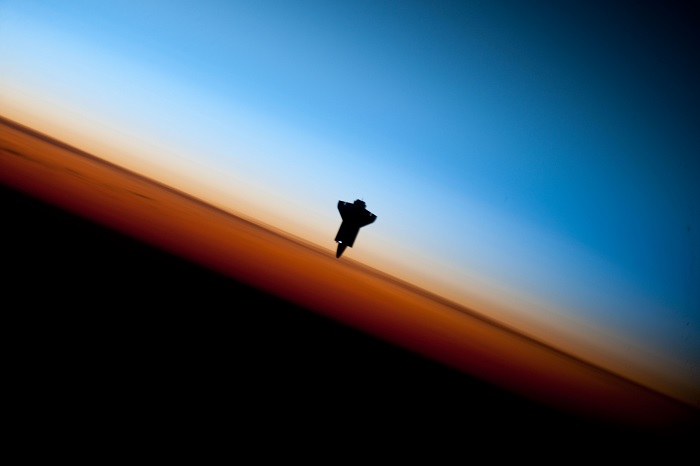 Not only do these documents point to the existence of Alien life elsewhere in the cosmos, they refer to Unidentified Flying Objects that have been tracked by the military, and picked up on the military and civilian radar. These sightings have been confirmed both visually and on the computer. This is why countless government and military officials have spoken out about UFOs and Alien life alongside researchers and academics around the world.

If these statements aren’t enough, you only have to look at some of the images that have been declassified and the amount of officially verified UFO footage that has been captured both by amateur cameras and military and NASA cameras.

“There is abundant evidence that we are being contacted, that civilizations have been visiting us for a very long time.” – Dr Brian O’Leary, former NASA astronaut and Princeton physics professor

Lately, the number of UFO sightings recorded on camera has increased because of the active onboard cameras mounted on the International Space Station. This has allowed people from around the world to record some of the most inexplicable phenomena in space.

But much before these cameras were made available, in 1991, NASA managed to capture one of the best ever UFO footage during the STS-48 Mission where cameras on board the Space Shuttle discovery recorded a number of mysterious objects leaving and entering the Earth’s atmosphere.

“Yes there have been crashed craft, and bodies recovered. . . . We are not alone in the universe, they have been coming here for a long time. . . . I happen to be privileged enough to be in on the fact that we have been visited on this planet, and the UFO phenomenon is real.”  – Doctor Edgar Mitchell, 6th man to walk on the moon (source) (source) (source)

In the STS-48 video footage you will notice numerous UFOs moving in a peculiar way, but perhaps the most fascinating moment captured on camera is when one of the UFOs, seen near the horizon heads towards Earth and, as a flash occurs at around 33 seconds, another UFO quickly crosses the field of view and the object that was heading towards our planet changes direction and shoots off into outer space at incredible speed.

While many people remain skeptical as to what the ‘UFOs’ seen in the video actually are, Ufologists around the world agree that this is one of the best-recorded UFO videos ever, and from NASA at that.

There are a number of extraterrestrial vehicles out there cruising around.” (source) – Gordon Cooper, former NASA astronaut, aeronautical engineer, and test pilot; one of the seven original astronauts in Project Mercury, the first manned space program of the United States.

Analyzing the footage, what does research say?

Dr. Mark J. Carlotto has made a thorough analysis of the above video recorded by NASA, and his studies were published in New Frontier Science and in the Journal Scientific Exploration. Carlotto is an image scientist that has over 30 years of working experience in satellite remote sensing and digital image processing. Scientifically speaking, he is one of the best individuals to analyze the footage in question.

Dr. Carlotto outlines the following in his publication presented in the Journal Scientific Exploration:

“Video data showing multiple objects moving in unusual trajectories in space is examined. The video was captured by a camera aboard the Space Shuttle Discovery (mission STS-48) between 20:30 and 20:45 GMT on 15 September 1991 near the west coast of Australia. Digital video analysis is performed to determine if the objects in question are ice particles disturbed by a thruster firing as contended by NASA or other objects moving independently of the shuttle. Results of our analysis show that it is unlikely that a thruster firing occurred since the attitude of the spacecraft does not change. Our analysis indicates that there are two groups of correlated object motions. One group changes direction at the time of a flash claimed by NASA to be due to a thruster firing. The other group changes direction 1.5 seconds later.

Assuming the objects are roughly the same size, brightness measurements of the objects as they pass over the airglow layer near the limb suggest that the objects in the first group are farther away yet they change direction first. This behavior is inconsistent with the thruster firing hypothesis. For one of the objects known as the “target”, it is shown that the only hypothesis that is consistent with the data is that the object is at or near the physical horizon. We go on to show that several other objects in the video are clearly moving in circular arcs and are thus likely to be relatively far away from the shuttle. The estimated speed of one of these objects, about 35 km/sec, is approximately the same as that of the target if we assume that it is at the physical horizon. At the end of the event, the shuttle’s camera pans down to reveal a number of objects moving below the shuttle. One of the objects appears to have a definite structure consisting of three lobes arranged in a triangular pattern.” (source)

Dr. Carlotto outlined in the study published in New Frontiers Science that this particular video “provides new insight into a number of unusual events captured by a camera aboard the space shuttle Columbia in 1996,” while he describes them as “two slow moving circular objects,” “a number of fast-moving objects in space near the shuttle,” and a “strange luminous apparition near the earth’s surface.”

Dr. Carlotto states that “the two slow moving circular objects have attracted a great deal of popular interest due to their disk-like shape.”

“This is one of the most unusual phenomena observed to date by the shuttle. Its similarity to certain ground-based sightings suggests that it might represent the first observation of a new kind of atmospheric phenomenon from space,” added Dr. Carlotto.  (source)

“Our analysis of the STS-48 video shows that the “ice particle/attitude thruster firing” hypothesis is not consistent with the observed behavior of the objects in question. The firing of an attitude control thruster might have altered the trajectories of particles close to the shuttle but would also have altered the apparent motion of the background (i.e., the earth’s limb and the stars). Yet, no such change was measured in the video data. We found that one of the objects (M1) emerges from point just below the horizon line. Rather than suddenly appearing, its brightness increases gradually over ~ 1-second interval. It moves in a path parallel to and just below the horizon line as its brightness remains relatively constant. The object then slows down, changes direction, and accelerates just after a flash is observed. It moves at a constant velocity across the earth’s limb, atmosphere, and airglow layer decreasing in brightness by at least a factor of 1/2 over a 7-second interval. The decrease in brightness implies that the distance from observer increases by at least factor of ඲ over the same interval. We hypothesize that M1 emerges from up out of a cloud layer at or near the physical horizon, moves parallel to the horizon, changes direction, and rapidly moves away from the observer. If this hypothesis is correct then M1 must be very luminous to be detectable at such a great distance. Assuming a distance of 2700 km from the shuttle, the apparent magnitude of M1 (between 2 and 3) implies an intrinsic luminosity of between 2 x 10 5 and 5 x 10 5 watts.” (source)

Among many others who have remained skeptical about the video is James Oberg, a space journalist, and historian who worked for and with NASA. Oberg published an article where he states that the flash seen in the STS-48 mission video is the result of thruster firing and that the objects we see moving around are in fact ice particle and nothing more.

This ‘debunking’ was ‘debunked’ by an examination published in the New Frontiers Science journal authored by Lan Fleming who firmly states that telemetry data DOES NOT support this theory, Carlotto’s studies also agree with Fleming and suggest it is impossible to say that the flash seen in the video is caused by thruster firing and that the objects moving are in fact ice particles. (source)

However, Carlotto and Fleming weren’t the only ones to debunk the thruster firing and ice particle theory. Dr. Jack Kasher, who is an independent researcher wrote about the video and provided five reasons why the objects seen in the STS-48 mission video could NOT be ice particle disturbed by the firing of the Space Shuttle’s thrusters.