NASA image reveals a “boat-shaped” structure on the surface of...

Here is another one from Mars. Before reading any further, please visit the following link which will take you to the official, RAW image of the anomaly that has been found on the surface of the red planet. 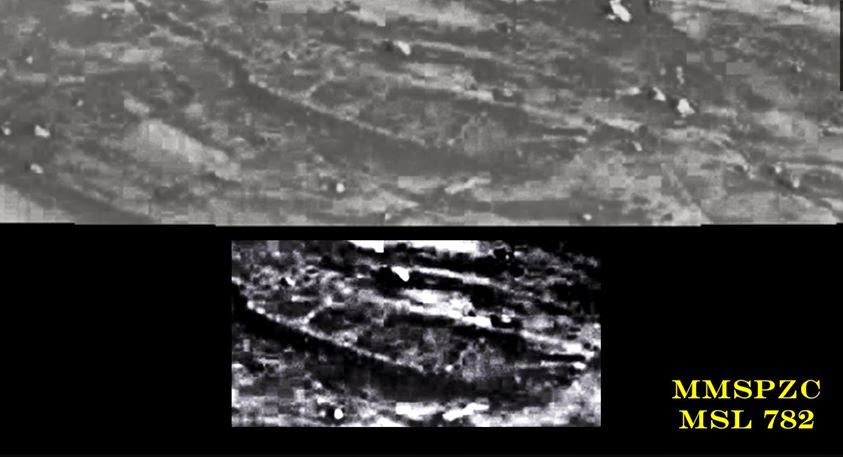 What are we looking at there? is this another oddly shaped rock that just resembles a structure to us? Is it Pareidolia kicking in again? Or is it possible that this structure, together with the dozen others is the ultimate evidence that once, in the distant past, intelligent civilizations inhabited our neighbouring planet.

Researchers such as Dr Brandenburg suggest that the red planet was inhabited in the distant past by Martian civilizations called the Cydonians and Utopians, these two were wiped out by a nuclear attack. According to Dr Brandenburg, high traces of uranium and thorium on the surface is evidence for these past explosions.

Is it possible that this is actually true? And that NASA is exploring with its rovers, a planet devastated by nuclear explosions? Taking in count this theory, it doesn’t seem so difficult to believe that these anomalies that have been found on Mars are the evidence of the existence of ancient Martian civilizations like the Cydonians and Utopians.

Plasma physicist Dr John Brandenburg is convinced that Mars was once inhabited and its inhabitants were brutally killed by another alien race.

‘The Martian surface is covered with a thin layer of radioactive substances including uranium, thorium and radioactive potassium – and this pattern radiates from a hot spot on Mars,’ he told in an interview with Fox News.

What do you think? Is it possible that in this image we are looking at the remains of these once, great Martian civilizations?

Is it possible that other “anomalous rocks,” such as the wheels, the pyramid, and crab-like creature are in fact traces of Martian civilizations? 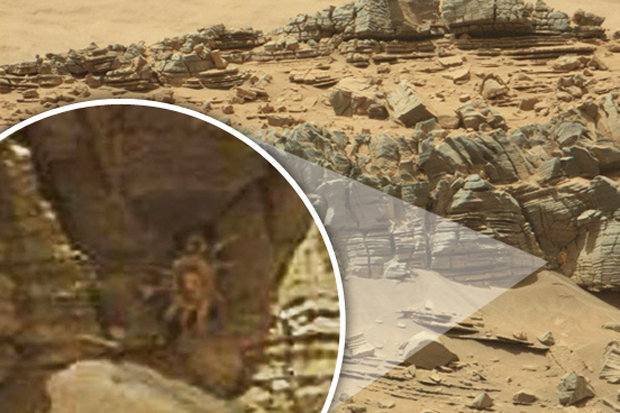 The image apparently showing a “crab-like” creature on Mars has caused quite a debate among experts and ufologists. Even though experts suggest that this is just another effect of Pareidolia, ufologists are convinced that we are either looking at the fossilized remains of a Martian creature, or even possibly, an actual living organism that somehow, managed to survive the harsh and extreme conditions on the surface of the red planet. Who knows, it might just turn out to be that life elsewhere in the cosmos does not need the same elements for life as we do on Earth.