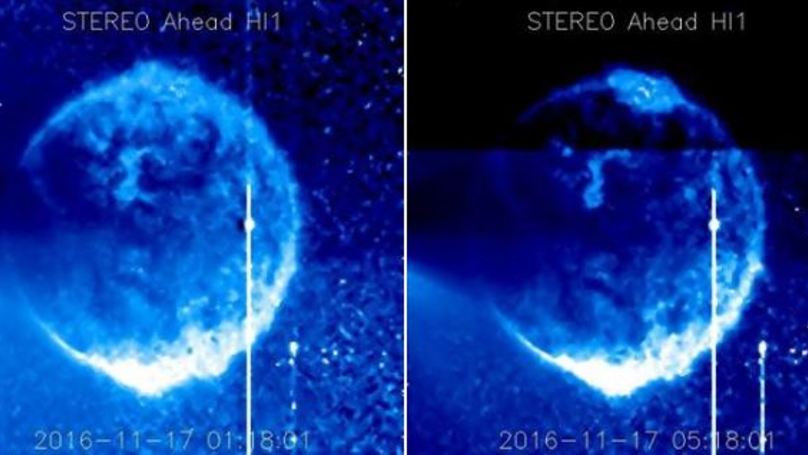 The new sighting is being considered as exceptional evidence of anomalous objectives surrounding the sun. But are these strange objects real? Or are they errors in image processing?

A UFO hunter recently uploaded ‘exceptional evidence’ of UFO’s visiting the sun onto social networks. The images have apparently caused quite a stir in the UFO community. The images taken by NASA’s STEREO satellites which orbit the sun show a massive crystal of the event – before it goes ‘missing’ from other frames.

Writing on Facebook, Ms. Pamela Johnson stated: “Our Sun is casting the light that is coming in from the left side of the frame. This satellite’s archives showed the Sun began reacting to this object on November 15th and there are several frames missing on the 15th and 16th. Wow!”

However, the images which were later converted into a YouTube video and posted on Facebook were bombarded with skepticism.

Several users decided to write their opinion on the matter. 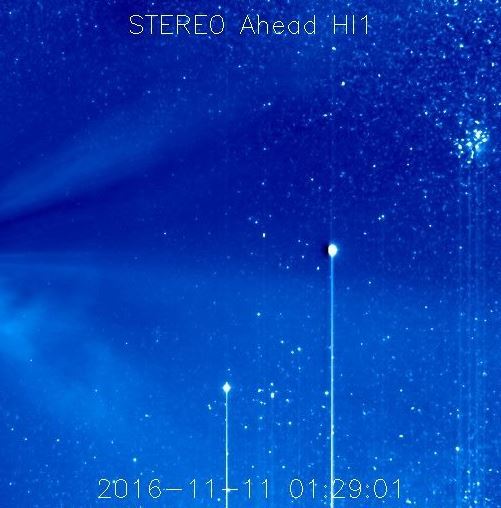 Mike Sovereign said: “If you ask me, Nasa would never be so careless to allow something like this to reach the public. And it looks like something is projecting this image in space, (a) hallographic perhaps or project blue beam.”

Mrfaithandphysics also decided to share his views and wrote: “The surface patterns do not match up to any details of the Sun and any spectrum, suggesting it is not the Sun. It does not move through the frames we see, but appears and disappears out of nowhere.

“It certainly does look exceptional, and I’m stumped. I’d say rogue planet, but we don’t see it moving and then it’s gone.”

Another added: “If a planet that size was in our atmosphere in the form of matter or gasses noxious to us, we’d be goners. I don’t know what this anomaly is, but if it was a real object in space, it would be huge.”

In the past, numerous strange sightings have been interpreted by many as massive eUFO’s visiting the Sun.

However, NASA has its own story and indicates that we aren’t seeing rogue planets, objects or UFO’s but rather IMAGE ARTIFACTS – CORRUPTED IMAGES.

Twitter profile of ufoofinterest.org which combs through evidence of UFO’s pointing out hoaxes also suggests people relax and understand those are regular things in NASAs Stereo images.

On rare occasions, the SECCHI image processor onboard STEREO becomes overloaded, and produces corrupted images. Generally, these take the form of images from one telescope processed as if they were from another telescope. Because the images from the Heliospheric Imager (HI) telescopes are built up from a large number of exposures added together, this sometimes results in “double exposures”, where data from several telescopes appear in the same image. Instances of large numbers of corrupted images are usually tracked on the STEREO Coordinated Observations Calendar pages.

Another error which occasionally happens on board the spacecraft is to take an image without opening the shutter. This generally results in a completely blank image. Some coronagraph images built up from several exposures may show features in the corners of the image, as in this example.