There’s a massive glacier in Antarctica, and a recent NASA study has discovered a cavity two-thirds the area of Manhattan and almost 1,000 feet deep.

The Thwaites Glacier in West Antarctica is thought to be responsible for as much as four percent of global sea level rise.

In fact, the Glacier contains enough ice, were it to melt, would cause ocean levels to rise by around 65 centimeters.

Furthermore, this glacier is ‘holding’ other glaciers in place, stopping them from melting. If these glaciers go too, water levels could rise an addition 2.4 meters.

The recently found cavity is just one of the many worrying discoveries that have been revealed in a new NASA-led study showing the Thwaites glacier is slowly disintegrating.

Before the expedition started, NASA experts revealed they expected to find gaps between the ice and bedrock at the bottom of the glacier, where ocean water would flow in causing the glacier to melt from below.

However, the discovery they made took them completely by surprise.

Scientists have revealed that the glacier’s cavity is so bit, it contained around 14 billion tons of ice, most of which is thought to have melted in the last three years.

Eric Rignot, co-author of the study, and member of the University of California, Irvine, and NASA’s Jet Propulsion Laboratory in Pasadena explained: “We have suspected for years that Thwaites was not tightly attached to the bedrock beneath it.”

“Thanks to a new generation of satellites, we can finally see the detail,’ he added.”

The new study was published in Science Advances.

The discoveries made at the Thwaites Glacier highlight the need for more detailed and recurring observations in order to understand how fast global sea levels will rise in response to climate change.

The cavity at Thwaites Glacier was revealed by ice-penetrating radar from NASA’s Operation IceBridge, in function since 2010, and in charge of studying the connection between Earth’s polar regions and climate change.

“[The size of] a cavity under a glacier plays an important role in melting,” explained the study’s lead author, Pietro Milillo of JPL.

“As more heat and water get under the glacier, it melts faster.”

Previous studies made by scientists from the University of Washington revealed that the Thwaites Glacier will gradually melt, leading to an irreversible collapse over the next 200 to 1000 years.

However, new data obtained in the NASA-led study shows that this collapse could occur much sooner than previously thought.

Together with Pine Island Glacier, Thwaites Glacier has been described as part of the “weak underbelly” of the West Antarctic Ice Sheet. 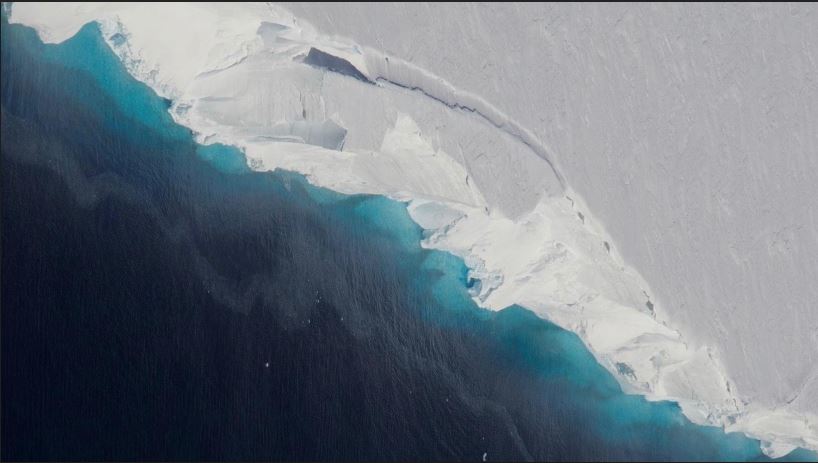