NASA ‘Whistleblower’ claims Space Agency brushed out UFO’s out of...

According to statements from a former NASA consultant the United States Space Agency edited ‘UFOs’ out of photographs taken by Astronauts while traveling to the moon. Apparently, there are numerous alien structures on the surface of the moon, and NASA has tried very hard in order to hide them from the general public. 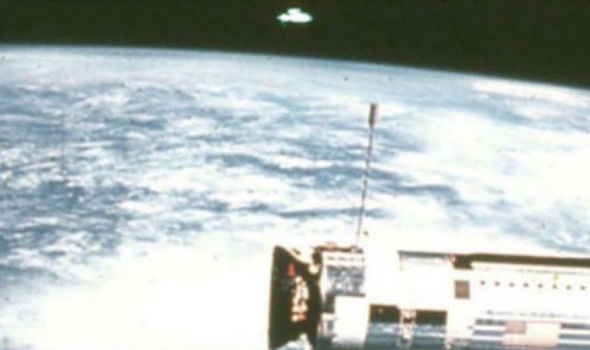 Scroll down for video

The whistleblower claims all images were revised and edited before being released to the public.

Dr. Ken Johnston was a consultant working for Brown & Root in the Lunar Receiving Laboratory, of the NASA Johnson Center in 1971.

His job was to curate and catalog Apollo images taken by Astronauts. In addition to that, Dr. Johnston also packaged and shipped lunar samples to different science labs.

During his time at NASA, Dr. Johnston claims that he saw NASA Photo Technicians edit numerous anomalous and UFO in lunar images before releasing them to the public.

Dr. R. Ken Johnston, Sr. one of 4 Civilian Astronaut Consultant Pilots from the Apollo Moon Program, is a retired aerospace engineer, US Marine, and “NASA Whistleblower.” He refused to strictly follow orders and destroy a nearly complete collection of 8″ x 10″ glossy photo-prints from the Apollo program, photos that are not available from NASA at this time and are of a higher resolution than what is found online. (Source)

Dr. Johnston claims that he was aware of other anomalies among original images and films he managed to observe firsthand.

Mr. Johnston donated a great number of photographs and other research material to Roswell International UFO Museum and Research Center.

Roswell’s International UFO Museum had one of the biggest collection of UFO-related material on the planet and was set up in honor of the July 1947 alleged flying saucer crash that happened in the desert outside the New Mexico.

The Roswell Museum attracts over 180,00 visitors a year and is considered as a ‘Smithsonian Institution depository site’ for anything related to the Alien or UFO phenomenon.

According to Dr. Johnston –who has written three books so far—he was ordered by senior NASA officials to destroy FIVE complete sets of images from a number of lunar missions.

However, Dr. Johnston claims that he did not destroy some of the images which according to him are the ultimate proof of anomalous structures on the surface of the moon and a number of unexplained things that Apollo mission astronauts managed to catalog.

Johnston had sparked a controversial debate when he claimed to have been saved by the Agency for releasing to the public the numerous images despite being told otherwise by senior NASA officials.

However, Johnston has been heavily criticized by Skeptics who say that his claim of being sacked is an exaggeration of being dropped out of the “Solar System Ambassador” program.

Skeptics argue that Mr. Johnston’s claims are empty claims as he has failed to produce any completely original NASA image and that all of the photographs Johnston presents in his books can be freely obtained through NASA’s online archives. Skeptics claim that Johnston never actually destroyed nor salvaged any images as he claims.

Interestingly, Mr. Johnston isn’t the only individual to accuse NASA of hiding the truth about alien life.

In the past, numerous individuals have come forward saying that NASA has known for years that Alien lifeforms exist, and some alien races even cooperate with governments around the globe. 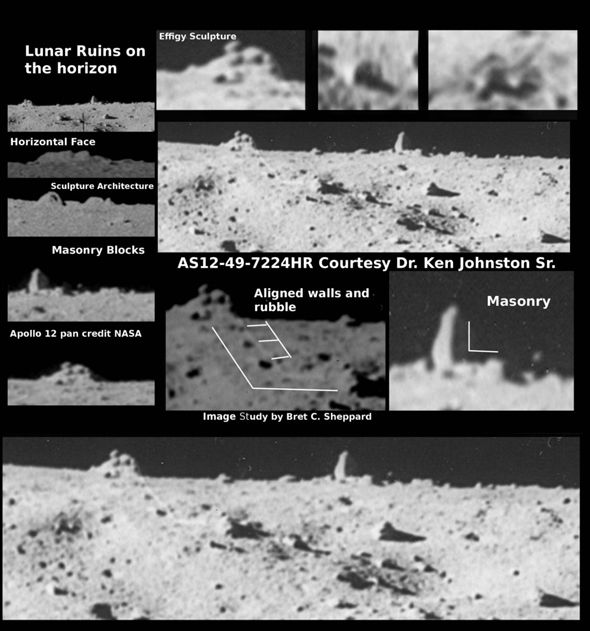 Perhaps Dr. Farouk El Baz, a former NASA scientist said it best when he stated that: “Not every discovery has been announced.”

We have things out there that are literally out of this world, better than Star Trek or what you see in the movies. “We already have the means to travel among the stars, but these technologies are locked up in black projects, and it would take an act of God ever to get them out to benefit humanity. Anything you can imagine, we already know how to do it.” –Ben Rich second director of Lockheed Skunkworks

“…I’ve been asked (about UFOs), and I’ve said publicly I thought they (UFOs) were somebody else, some other civilization.” — Eugene Cernan, Commander of Apollo 17. The quote comes from a 1973 article in the Los Angeles Times.

“I have no idea what it could be. It was grayish in color and about thirty to forty feet away.” — Major Robert White, July 17th, 1962. Reported during a fifty-eight-mile high flight of an X-15. “There ARE things out there! There absolutely is!” Major Robert White’s radio transmission according to a Time Magazine article